[WA] To City Manager Ray Corpuz, "Did you try to contact Crystal Brame? ...Julie Ahrens, sister of Crystal Brame, said Corpuz's testimony made little sense. "He's the manager — why the hell does need anyone to tell him what do?" she said. "Isn't he the top dog?"...
From King5 Video, Attorney for Crystal's family, Paul Luvera, asks City Manager Ray Corpuz, "Did you try to contact Crystal Brame?..." His answer was - no.

Corpuz: No one told me to investigate Brame
By DEBORAH FELDMAN / KING 5 News
September 27, 2005
TACOMA - Former Tacoma City Manager Ray Corpuz has broken his silence about what he did and did not know about his hand-picked Police Chief, David Brame. Brame killed his wife and himself in April of 2003... [Attorney for Crystal Brame's family Paul] Luvera asked: Was it ever brought to your attention that there was a culture of intimidation and fear, cliques, secrecy, favoritism and intimidation for career advancement within the Tacoma Police Department while you were city manager?" To which Corpuz answered, "I may have heard some of that. And I treated those as rumors." Corpuz' statements also raise new questions as to why neither he, nor anyone else was able to help Crystal Brame in the days leading up to her murder. He stated that he did not contact Crystal Brame, nor her family, nor anyone at the police department. [Full article [Full article here]

Corpuz said in the sworn deposition, conducted a week ago, that he hesitated to act on the warnings, which included references to Brame's death threats against his wife, Crystal, for various reasons.

In the deposition, which breaks more than two years of self-imposed silence, Corpuz said he was suspicious of complaints from anonymous sources, was skeptical of claims in divorce filings and feared overreacting to media reports, The News Tribune of Tacoma reported.

"I mean, I didn't have anything before me," Corpuz said in his sworn statement. "I had nobody recommending any actions or steps."

The deposition was part of a $12 million agreement that settles a wrongful-death suit against the city, filed by the family of Crystal Judson Brame. Part of the agreement stipulates that the Judson family attorneys can continue to conduct depositions of key parties in the scandal.

Although Corpuz was the only official with the power to place Brame on administrative leave, he did not do so. Assistant Police Chief Catherine Woodard asked Corpuz to put the chief on vacation because he was too distracted by his divorce to focus on work.

Two weeks before the shootings, Woodard read Corpuz the report of a 911 call from Crystal Brame, who said her husband had threatened to kill her. Two days later, Woodard hand-delivered an anonymous complaint to Corpuz from police officers. It referenced the 911 call. Woodard suggested an investigation. Corpuz decided against it.

In his testimony, Corpuz, fired by the City Council more than two years ago in the aftermath of the shootings, often said he could not remember details of the events surrounding the scandal. The phrase "I don't recall" appears 61 times in the transcript of his two-hour deposition.

He couldn't remember Woodard suggesting Brame be sent on vacation. He couldn't recall telling Woodard the city wouldn't investigate the anonymous complaint. Several times, Corpuz said that he expected someone on his staff would recommend some sort of action regarding Brame. He said he never received one.

"I would have expected my staff, my staff to again review the matter and bring some action or something for me to consider," he said. "We don't, you know, just react because it's in the newspaper," he testified. "I — If I did that, I wouldn't have lasted 13 and a half years with the City Council. So I mean, those things are reported. And there's always usually two sides to every issue. And you balance that by making sure you follow some due process. You don't, I don't think, overreact."

Julie Ahrens, sister of Crystal Brame, said Corpuz's testimony made little sense. "He's the manager — why the hell does need anyone to tell him what do?" she said. "Isn't he the top dog?"

David Ahrens, Crystal Brame's brother-in-law, told The News Tribune yesterday that a city employee rebuffed his efforts to file a complaint against Brame the day before the shootings. The allegation was revealed in the deposition of Corpuz, who said he wasn't aware of the complaint.

Ahrens said he still has notes on his computer of his conversation with a former city communications director. That employee, Dan Voelpel, who now works for The News Tribune, said he didn't recall the conversation with Ahrens or anyone related to Brame or his wife.
on 9/27/2005 0 comments

$75M lawusit is settled for $12M, some promises, & provisions 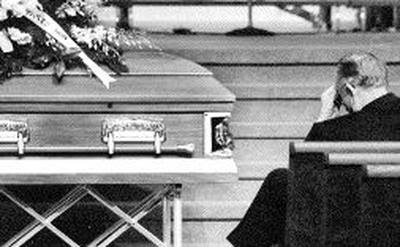 In the end, Tacoma Police Chief David Brame,
and his wife, 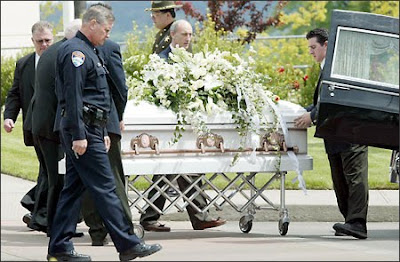 Crystal Judson,
who was trying to divorce him and achieve an abuse-free life for her and their children.

City, family settle Brame lawsuit
$12 million deal honors Crystal, protects public disclosure
The News Tribune
SEAN ROBINSON AND JASON HAGEY
September 13th, 2005
The money won’t bring Crystal Judson back. But a settlement agreement between her family and the City of Tacoma enshrines her name at a planned center devoted to assisting domestic violence victim. It ends the long-running wrongful-death suit stemming from the shootings of April 26, 2003, when Police Chief David Brame fatally shot his wife and himself. It also pays $12 million to the family, including the couple’s two orphaned children and their aunt and uncle. And finally, it ensures that fact-finding and public disclosure will continue. The City Council approved the settlement unanimously Tuesday, but it still requires a judge’s endorsement. The city will pay $1 million toward the settlement. Insurance will pick up the rest, city leaders said. Separately, city leaders have agreed to name a planned county-city domestic violence center after Crystal Judson. Judson was Crystal Brame’s maiden name. The justice center would include her name on a plaque, and her name would also be used on letterhead and Internet sites used by the center. “This is a good day for us in Tacoma,” said City Councilman Tom Stenger. “It’s a blessing.” Stenger publicly thanked the Judson family for staying true to their stated goal: the truth, and systematic changes within the City of Tacoma. Councilwoman Connie Ladenburg said the city’s work is not done. She promised to continue efforts to provide a safe environment for all victims of domestic violence. Added Mayor Bill Baarsma: “My feeling is this is a very fair settlement. The most important thing is it meets the needs of the Judson children, and it puts this tragic chapter behind us”... [Full article here]

Brame case to cost Tacoma
Seattle Times
By Jennifer Sullivan
September 14, 2005
..."The family feels they have accomplished their goal, which was to achieve the truth," attorney Paul Luvera said. "They are also very proud of the fact that a family-justice center in their daughter's name has been called for under the agreement"... [Full article here]

Settlement of Brame suit proves unusual
The News Tribune
Karen Hucks karen.hucks@thenewstribune.com 253-597-8660
September 18th, 2005
...Some lawyers say that language in the settlement might allow future city councils to wiggle out of their responsibility over time and that some changes already were under way. But others say the city’s promises were quite a success for the family; it’s legal language that will keep the city paying attention. The agreement requires the city and police department to “make reasonable efforts” to improve the city Code of Ethics, obtain police accreditation, set up the Citizens Oversight Committee and a citizen advisory panel, heed an outside audit and establish policies for psychological screening of police recruits... Because the settlement has legal clout, if the family thought the city wasn’t following through, they could go back to court... Seattle personal injury lawyer Karen Koehler said one of the family’s biggest successes is changing public opinion about what the city and police force should do to prevent a situation like the Brame killings. “They’re not in a position to legislate or say, ‘If you fail to do this, 20 lashes,’” Koehler said. “But if the city doesn’t follow through with what they’ve said they’ll do, they (have to answer to) the citizens”... [Full article here]
[officer-involved domestic violence]
on 9/18/2005 0 comments

Full text is in Comments of this blog entry.