[ID] Fired Deputy Lee avoided death penalty for his crimes. His Mother Lynn will be remembered with love. 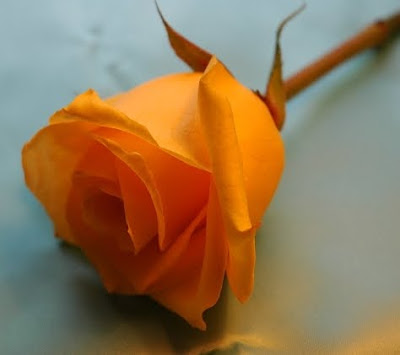 Fired Ada County Jail Deputy Michael James Lee has pleaded guilty to kidnapping and sexually assaulting his wife, fatally stabbing his mother, Lynn Marie Blake, and assaulting the woman who lived with his mother on January 4th, 2011. Pleading guilty to murder, kidnapping and a battery charge will allow Lee to avoid the death penalty. He was originally charged with multiple felony charges — including first degree murder, second degree kidnapping, rape, aggravated assault, battery, and use of a deadly weapon during a crime. He worked as a deputy until 2010. This information is brief because Michael Lee's crimes were so vicious that it will only hurt those involved to read the details again.

“Our hearts are broken and we have a huge void in our lives. Lynn’s whole life was her children and grandchildren. She had a huge heart! She was funny and smart. Lynn was a wonderful mother, grandmother and friend. She was an amazing woman! Lynn has always been and always will be a very important part of our lives. We are so grateful that her daughter-in-law was able to escape from the trunk of the car. Had she not, we fear more lives would have been lost. She is our hero! We wish to sincerely thank our friends, neighbors, and citizens of our community for their support and love during this tragic time. We want to thank the Ada County deputies and detectives for their quick response and wonderful support. We thank the Ada County paramedics and Saint Alphonsus (Regional Medical Center employees) for their valiant efforts to save our beloved Lynn. She will be missed. Please continue to pray for our family.
Thank you.”

SENTENCING FOR CONFESSED KILLER MICHAEL JAMES LEE DELAYED UNTIL OCTOBER
Idaho Statesman
BY Patrick Orr
August 5, 2011
[Excerpts] Michael James Lee will find out in October how long he will go to prison for a brutal crime spree that culminated with the stabbing death of his mother last winter. Lee was originally scheduled for sentencing Aug. 31 by 4th District Judge Patrick Owen on charges of first-degree murder, second-degree kidnapping and felony battery, but that hearing is now delayed until Oct. 26 so Lee can get a mental health evaluation done first. Lee pleaded guilty... "I went there with the intention to take her life, and I did," Lee told Owen in May. Lee also admitted that he raped and kidnapped his wife and battered Blake's roommate. In exchange, Ada County prosecutors dropped charges of rape, aggravated assault and use of a deadly weapon in the commission of a felony. Prosecutors have agreed they won't seek a fixed life sentence, which means the 24-year-old Lee could one day be allowed out on parole. Ada County sheriff's deputies say that on Jan.4 Lee tied up and raped his wife at their Meridian apartment; placed her, still bound, in the trunk of his car; grabbed the couple's 4-month-old daughter; and drove to his mother's home in Eagle. While Lee and the baby were in the house, Lee's wife managed to get out of the trunk of the car and go to a neighbor's home for help, Eagle police arrived around the same time the roommate was able to escape from Lee, grab the baby and run out of the house. Prosecutors say Blake's roommate suffered torn eye muscles during the attack, and she continues to heal. Lee has not said publicly what motivated the vicious crime spree. Lee is being held with no bond in the Ada County Jail, where he briefly worked as a guard for the sheriff's office.

MAN WHO KILLED MOTHER, KIDNAPPED WIFE, SENTENCED TO LIFE IN PRISON
KTVB.COM
October 26, 2011
[Excerpts] The Meridian man who killed his mother and kidnapped his wife was sentenced to life in prison with the possibility of parole... The judge sentenced Lee to life in prison for the first degree murder charge. Twenty-five years of that sentence are fixed. For the kidnapping charge, he was sentenced to seven years fixed. He will be eligible for parole after 32 years. It's a sentence family of the victim, 46-year-old Lynn Blake, said they were satisfied with. "I knew from the beginning there would be no justice. You could sentence him for up to 400 years and I wouldn't call it justice -- it's basically, if you take the phrase an eye for an eye -- the eye that he took is so much more vast than anything that he as to offer in retribution," said David Lee, Lynn Blake's brother...
[police officer involved domestic violence oidv intimate partner violence ipv abuse law enforcement public safety lethal fatality fatalities murder mayhem brutal idaho state politics stabbed stabbing marital rape]
on 6/08/2011