[FL] Wondering if Sgt. Flynt's grandchildren really had to lose their mother, Kyishi? 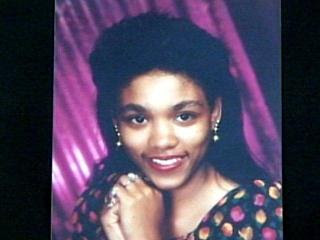 There are bits that rise up to me from the murder of Kyishi Dowdell.

Today and yesterday's news report to us that Craig Flynt, son of Daytona Beach Police Spokesperson Sgt. Jimmie Flynt, killed Kyishi Dowdell - the mother of 4 of his kids. The police chief says it was an execution. Multiple shots. Some saw the final close-range shot to Kyishi's head.

Craig Flynt committed a domestic assault in 2007 that is mentioned but not defined in yesterday's news. Craig Flynt got probation.
Was it an attack?
How bad was it?
Was that his first crime?
Did the punishment fit?

Then this past May he pistol whipped Kyishi and rammed a gun in her mouth in front of one of their children - the 5 year old - assuring Kyishi that the weapon was loaded. He fled from that scene in a car that his MOTHER (Sgt. Flynt's wife? Ex?) drove back to the scene in - without Craig in the car.
Police wrote on the report that the Mother,
Sandra Flynt,

What does that mean?
How uncooperative was she?

Kyishi's grama and uncle say that Craig would have been caught but they felt that someone was hiding him.
I wonder if they said who[?].
The news doesn't say.
Kyishi had no idea? Having 4 of his children I think if Kyishi could, there would be much she would tell.

If she could she would,
but she can't.

And right before Craig "executed" Kyishi with multiple shots, she called out from the ground to a neighbor - to bring her a glass of water for her thirst.
In my mind like Jesus,
but probably just hoping it could buy her a moment more of time in which some miracle might occur.
Craig Flynt told that neighbor - Bring the Bitch some water so she will shut up - and

mother.
No time was purchased.

According to Chief Chitwood, Craig's cop dad, Sgt. Jimmie "Flynt was embarrassed by his son's actions and had been working to bring Craig into police custody... We have a zero tolerance"

...Kyishi Dowdell and her mother were afraid "to close their eyes at night" a family member said Monday, because Dowdell's ex-boyfriend - the son of a longtime Daytona Beach police officer - was constantly peeping into the windows of their residence...

Out loud I'm wondering how much did the police know about the constant fear of Kyishi and her mother, or the frequency of Craig's stalking? What protections were afforded her family? What police response?
How hard did they try?

...Chitwood said Craig did not get special treatment, in fact the Chief put out a bounty, giving two days off to any officer who caught him...

With Kyishi dead now, to me that sounds a little more like a game than a real intent to capture a man that was predictably capable of an imminent murder.

Why do I get from all of this that Kyishi & her children were not a family treasure to the Flynts?

..."He [Sgt. Flynt] said, 'You know, my heart goes out to my grandkids and to the victim's family,
but you know what,
he's a big boy. He made his decision and now he has to deal with what's about to come down,'" [Chief] Chitwood said...

Snips from news, with links:

DAYTONA COP'S SON CHARGED IN KILLING
Man shot ex-girlfriend 4 times, police reported
news-journalonline.com
By LYDA LONGA lyda.longa@news-jrnl.com
August 05, 2008
[Excerpts] Kyishi Dowdell and her mother were afraid "to close their eyes at night" a family member said Monday, because Dowdell's ex-boyfriend - the son of a longtime Daytona Beach police officer - was constantly peeping into the windows of their residence. Early Monday, just after 12:30, 37-year-old Craig Flynt shot Dowdell to death in a neighbor's front yard on Maley Street, a police report states. The victim, 31, was the mother of four of Flynt's children. As officers arrived at 820 Maley St. after two neighbors called 9-1-1, they saw Flynt shoot Dowdell once in the head, the report states. Flynt then ran onto the screened front porch of the tiny tan house, pointed the handgun at his own head, and pulled the trigger several times. There were no more bullets left after the five-shot rampage. Before he shot Dowdell four times, Flynt fired one round into her residence, leaving a small hole in the front door, police said. The victim's mother and the children - ages 5 to 12 - were inside at the time... [Full article here]

DAYTONA BEACH MOM GUNNED DOWN OUTSIDE YARD
myfoxorlando.com
By Valerie Boey
04 Aug 2008
Daytona Beach police said Craig Flynt shot and killed his ex-grilfriend who is also the mother of his four kids early Monday morning.... Officers said Flynt chased Kyishi Dowdell across the street and gunned her down in front of her home. They said he was on his knees reaching over her when they arrived. Police Chief Mike Chitwood says Flynt shot Kyishi Dowdell several times, then tried shooting himself, but ran out of bullets. Chitwood added that Flynt is a violent felony offender who was wanted for assaulting Dowdell three months ago, "He has had a very tumultuous relationship with this young woman,” Chitwood said. “Including on May 5th where he pistol whipped her and put a gun to her mouth." Chitwood said Craig Flynt is the son of Sgt. Jimmie Flynt, a spokesperson for the department. Flynt was embarrassed by his son's actions and had been working to bring Craig into police custody. “He came into my office,” Chitwood said. “And said I'm going to try and get him to surrender because he's going to be floating all over the place and he's going to hurt somebody else." Chitwood said Craig did not get special treatment, in fact the Chief put out a bounty, giving two days off to any officer who caught him... [Full article here]

DAYTONA BEACH MURDER INVESTIGATED
FOX 35 NEWS
BY VALERIE BOEY
04 Aug 2008
...According to the Florida Department of Corrections, Flynt was convicted in 2007 on charges of aggravated assault and is serving probation for those charges. Chief Chitwood says Craig Flynt is the son of Sgt. Jimmie Flynt, a spokesperson for the department. The chief says Jimmie was embarrassed by his son's actions and had been working to bring Craig into police custody, " He came into my office and said I'm gonna try and get him to surrender because he's gonna be floating all over the place and he's gonna hurt somebody else." Chitwood says Craig did not get special treatment, in fact the Chief put out a bounty, giving two days off to any officer who caught him... [Full article here]

VICTIM'S CHILDREN CALL 911 TO REPORT THEIR MOM BEING SHOT
wftv.com
August 4, 2008
[Excerpts]...Flynt walked into court Monday with his arm bandaged and his head down. He had been a wanted man for weeks, police said, before shooting Kyishi Dowdell while their children called for help. "Um, somebody's trying to shoot my momma," one of her children told a 911 dispatcher... [Full article here]
on 8/05/2008