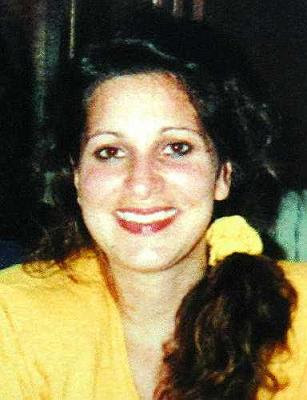 ...Savio's relatives, who were never convinced she died in an accidental drowning, said police ignored their suspicions. For one thing, said Savio's older sister, Anna Doman, her body was found with short fingernails. "It looked like somebody had cut her nails. She always let her nails grow; she was into that natural, long nail," Doman said... [See blog post: [IL] In Kathleen Savio's own words]
...The police reports confirm speculation that Stacy Peterson gave him his principal alibi for his whereabouts in the days before Savio was discovered...

QUESTIONS ABOUND OVER INITIAL PROBE OF KATHLEEN SAVIO'S DEATH
Family members wonder why investigators quickly thought foul play didn't kill 3rd wife of Drew Peterson
Chicago Tribune
By Erika Slife eslife@tribune.com
and Matthew Walberg mwalberg@tribune.com
August 18, 2008
[EXCERPT] When Kathleen Savio's lifeless body was discovered in the empty bathtub of her Bolingbrook home in 2004, state police immediately decided her death was not suspicious... The investigators and experts re-examining her death as a possible murder are now asking how police could have been so quick to overlook signs that something sinister may have happened to the third wife of Drew Peterson, then a sergeant for the Bolingbrook Police Department. They are suspicious about the absence of blood residue or a sediment ring on the walls of the tub where she was found... If she had bled from a head wound while drowning in slowly draining water—as the theory went—why was the tub not stained? No towels or clothes were in the bathroom where she was discovered... Books and papers were spread across her unmade bed and a picture was facedown on the floor near the nightstand, according to Illinois State Police reports also obtained by the Tribune. Although a state police crime-scene technician had covered Savio's hands with bags to preserve evidence — a procedure that typically precedes a homicide investigation — the statements of police that night indicated no evidence of trauma or foul play... An autopsy would show a 40-year-old woman in good health had drowned. A coroner's jury ruled her death an accident after a state police special agent testified Savio had probably fallen, hit her head and drowned in the water before it leaked out the drain. But the case was reopened in November after Peterson's fourth wife, Stacy, then 23, disappeared Oct. 28. Authorities named Peterson the prime suspect in her disappearance, and in February, State's Atty. James Glasgow called the Savio inquiry a murder investigation after a second autopsy indicated her death was a homicide. Glasgow said it appeared the scene was staged to look like an accidental drowning. Peterson, 54, has not been named a suspect in Savio's case. He has denied any wrongdoing. The police reports confirm speculation that Stacy Peterson gave him his principal alibi for his whereabouts in the days before Savio was discovered. The reports also show he was walking around the scene before state police arrived. At one point, he was alone in the bathroom with Savio's body and told emergency responders, "This is my ex-wife. Treat the scene with respect"... 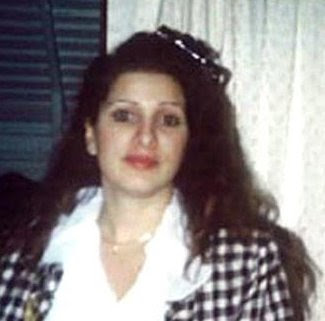 [Deputy Coroner Mike] VanOver wrote in his report that he had notified his superiors that "the protocol was not being followed . . . because it was felt at that time by all parties that there were not signs of foul play or trauma for this death investigation"... State police Lt. Scott Compton declined to comment on why his agency's technicians and investigators concluded the death was not suspicious... VanOver said he was following the direction of state police... "When they bagged the hands, that was when I asked the question, you know, 'Do you think anything is out of whack here?' " VanOver said. "Bob Deel was asked by me if he thought there was anything hinky here, and stuff like that, and if we should be doing something different, and I was told no"... Savio's body was found March 1, 2004, in a semifetal position on her left side... Police interviewed Stacy Peterson for one hour March 3. She said she and her husband had spent the weekend with the children, backing up Peterson's statements made to police a day earlier. She said they had spent Saturday hanging around the house and had gone to the Shedd Aquarium Sunday. The only time Peterson left was Sunday morning to get doughnuts. Savio was found the next day, a Monday. Peterson told police during his 65-minute interview that his divorce from Savio was "difficult at times," but that their "relationship had gotten a lot better" after he married Stacy. Savio's relatives, who were never convinced she died in an accidental drowning, said police ignored their suspicions. For one thing, said Savio's older sister, Anna Doman, her body was found with short fingernails. "It looked like somebody had cut her nails. She always let her nails grow; she was into that natural, long nail," Doman said. Doman said no one in her family was interviewed by state police. She said authorities ignored her request to look through a suitcase full of documents Savio had saved regarding her ongoing fight with Peterson. Savio's body was found weeks before their divorce's financial settlement was to be finalized. "We tried to get somebody to at least look, investigate," Doman said. "Nothing, nothing, nothing." [Full article here]
on 8/18/2008