[MA] OFFICER BENNETT'S [DEAD] GIRLFRIEND VALARIE: "I AM NOW IN FEAR OF MY LIFE AT THIS TIME" 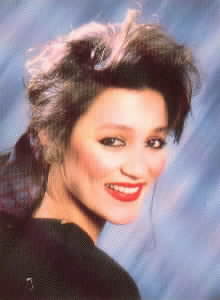 Our daughter, Valarie Fiorenza, 30, was found dead on April 15, l993, in Saugus, Massachusetts. Her body was found hanging from a floor joist in a basement storage room in the home of her estranged live-in boyfriend, Saugus Police Officer Paul R. Bennett. The Saugus Police Department was the investigating agency and proclaimed the death a suicide even before the autopsy. The newspapers and TV were not contacted, because the police did not want anyone to know that Valarie's body was found in the home of a police officer. On April 12, l993, Valarie had taken out a 209A Restraining Order on Officer Bennett. In her affidavit, she stated... [See full writing here] I THE UNDERSIGNED VALARIE L. FIORENZA OF 28 FAIRCHILD ST, SAUGUS MASS 01905 BEING 29 YEARS OF AGE, BORN AT WINCHESTER, MASS 9/1/63... DO HEREBY MAKE THE FOLLOWING STATEMENT TO JAMES MAGILL, HE HAVING FIRST IDENTIFIED HIMSELF AS A POLICE OFFICER IN SAUGUS...
OFFICER PAUL BENNTT HAS ON SEVERAL OCCASIONS HIT ME - BANG MY HEAD AGAINST THE WALL, CUT ME, TORE MY CLOTHING OFF, AND PUSHED ME, PULLED OUT MY NECK AND BACK AND CAUSED ME GREAT PHYSICAL HARM. HE HAS SPRAYED HAIRSPRAY IN MY FACE, THREATENED TO SET ME ON FIRE WITH A LIGHTER IN HAND. I HAVE ALL RECORDS NEEDED FROM DR. MATTHEWS IN TOPSFIELD, WITH PAULS CONFESSIONS. ON THE EVENING ON 4/11/93 PAUL PUSHED ME OUT OF BED AND THREATENED ME WITH PHYSICAL HARM. I HAVE BEEN VERBALLY AND PHYSICALLY ABUSED BY HIM FOR 1 YEAR. ON THIS DATE PAUL

THREATENED TO HIT ME, PUSHED ME, AND WE HAVE BEEN GOING TO SEE A COUPLES COUNSELOR FOR 1 MONTH. PAUL HAS BEEN STALKING ME AND FOLLOWING ME ON MANY OCASSIONS. ([UNREADABLE] IN STALKING) THREATENED ME WITH GUNS, AND HIMSELF. TOOK HIS GUN OUT ONE NIGHT. (1 MONTH) THREATENED TO SHOOT ME IN BACK AND KILL HIMSELF. HAS ALSO THREATENED TO CUT UP MY FACE, CUT OFF HIS FINGERS TO PROVE HIS LOVE, SET ME ON FIRE, KILL ME WHILE I SLEEP. ALSO CHOP UP MY DOG. I AM NOW IN FEAR OF MY LIFE AT THIS TIME.

I. VALARIE FIORENZA OF MEDFORD MASSACHUSETTS, HEREBY STATE AND AFIRM THAT:
1) I LIVE AT 18 PEMBROKE ST. MEDFORD MA
2) THE DEFENDANT LIVES AT 28 FAIRCHILD AVE SAUGUS MA, AND IS A FORMER HOUSEHOLD MEMBER OF MINE...

3) ON OR ABOUT 12/28/92, THE DEFENDANT PAUL BENNETT SPENT THE NIGHT STALKING AND HARASSING ME AT VARIOUS ESTABLISHMENTS. ON 12/27/92 AFTER I WAS PACKING MY BOXES TO LEAVE HE THREW A TANTRUM AND WAS THROWING FURNITURE AND GLASSES AROUND THE HOUSE. HE HAS THREATENED TO USE ALL HIS POLICE POWERS TO DESTROY ME IF I EVER TRIED TO LEAVE HIM. HE ALSO ON NUMEROUS OCCASIONS THREATENED TO SPRAY HAIR SPRAY ON MY FACE WITH A LIGHTER TO BLOW IT UP. HE HAS SAID THAT HE COULD SIT AND ENVISION MY WHOLE FACE ON FIRE. ON 12/28/92 HE THREATENED TO FOLLOW, STALK, AND HARASS ME. ON 12/29/92 HE HAD ME ARRESTED BY LYING TO THE SAUGUS POLICE SAYING I HAD HIDDEN HIS GUN. I DID NOT TOUCH HIS GUN. HE CAME INTO THE BEDROOM WHERE I WAS SLEEPING, WITH TWO OTHER POLICE OFFICERS. THEY WOKE ME UP, REFUSED TO LET ME PUT ON ANY CLOTHES, PLACED ME IN HANDCUFFS AND BROUGHT ME TO THE STATION. THEY REFUSED TO TELL ME WHY I WAS BEING ARRESTED. I WAS RELEASED WITHOUT BEING CHARGED WITHIN 1 1/2 HOURS SAYING I COULD GO. I AM IN FEAR THAT HE WILL STALK, HARASS AND CAUSE ME MENTAL AND PHYSICAL HARM.

... SIGNED UNDER TH E PAINS AND PENALTIES OF PERJURY ...Saugus Police Chief Cornelius Meehan referred questions to town counsel John Vasapolli, who said issuance of a restraining order against a police officer is not a basis for discipline. "This guy is a pretty good cop," said Vasapolli. "This was an unfortunate situation, but without any evidence against him, there is nothing we can do." Vasapolli acknowledged the town did not conduct its own investigation into the battering allegations... The couple reconciled sometime in January 1993. Valarie's business failed and she began working at Black Lace, a Revere lingerie shop where models give private viewings to men. Co-workers say Valarie was one of the more successful models... Co-workers also tell of asking her about the bruises she had. At first, she said she had fallen. Later, she told some models Bennett beat her. Co-workers say they helped Valarie cover the bruises with makeup. [Valarie's ex husband Larry] Cassity, Fairbanks and other friends say they frequently pleaded with Bennett to stop hitting her... Friends say Valarie found a place in Medford. Two days before her death, she turned down an offer from another model to put her up. According to that model,Valarie said she was "packing up to move out of the house before Paul found out." Cassity said he planned to take Valarie back to court on April 16, the day after she was found dead, to extend the restraining order. He said Valarie was concerned that Bennett would lose his job because of her charges, but he had convinced her to get an extension until she could move into her new place... They broke a pane of glass on the door to gain entry. They found Valarie hanging in a basement closet, her body just inches from a stool in back of her. A copy of the restraining order lay torn on a nearby coffee table... [Full article here]
[police officer involved domestic violence oidv intimate partner violence (IPV) abuse law enforcement public safety fatality fatalities murder mystery unsolved unresolved massachusetts state]
on 7/04/2008