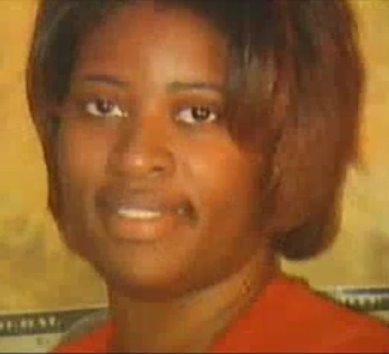 Chancy Jones, who was a Memphis police officer when he executed his girlfriend Phyllis Malone on Sept. 9 2008, has been sentenced to 24 years in prison without parole.


CHANCY JONES SENTENCED TO 24 YEARS
MyFoxMemphis
Les Smith
Friday, 17 Sep 2010
[Excerpts] If there really was a river called "denial," then convicted murderer Chancy Jones has his oars still deeply planted in it. "I felt threatened by her," said Jones. "She had threatened me and I told the police that. And she was threatening my family at the time of that incident. I just reacted to what she had done." --"You're still blaming her. She was revving her engine. You were in fear of your life? It's still her fault?" countered Shelby County Assistant Prosecutor Missy Branham." "Yes, ma'am," Jones replied. It's been three months since the former Memphis police officer was convicted on a second degree murder charge in the execution-style shooting death of his former girlfriend Phyllis Malone in September 2008. On Friday, it was left to Shelby County Criminal Court Judge Mark Ward to pass sentence on Jones who faced a maximum of 25 years in prison. With family members of both the victim and the convicted on separate sides of the courtroom aisle, Malone's sisters took the stand to express what would be the recurring theme throughout the 80 minute long proceedings. "As our family grieves for our loss we have yet to see any sign of remorse or grief from Mr. Jones," stated Malone's sister Ophelia Harris. "His senseless act towards my sister has left us all scarred and changed forever"... "I've got a Memphis Police officer who's trained in the law. Who basically manufactured a claim of self-defense and continues to claim that," Judge Ward stated. Ward would go on to slap Jones with a 24 year prison sentence without parole... [Full article here]

Video from the time of trial: