[NC] According to brass, Forsyth Co. Deputy Jones assault of his wife is a "personnel matter" 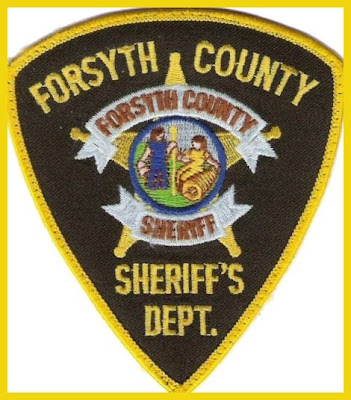 Forsyth County sheriff's deputy Jonathan Jones has been placed on administrative leave, accused of throwing a pumpkin at his wife, assaulting her, and obstructing a 911 call.

...[Forsyth County Sheriff's Office spokesman Major Brad] Stanley said he didn't know any of the details of the charges against Jones. "It is a personnel matter," Stanley said....

DEPUTY ACCUSED OF THROWING PUMPKIN AT WIFE: Forsyth Deputy On Paid Leave After Assault Arrest
WXII12.com
November 18, 2010
[Excerpts] A Forsyth County deputy has been placed on paid leave following an arrest at his home on domestic assault charges. Sheriff's Department spokesman Maj. Brad Stanley said Sgt. Jonathan Jones was arrested on Tuesday. He's been charged with assault on a female and interfering with emergency communication... Stanley said the couple are married, but were living apart at the time of the incident... He was released on an order to have no contact with his wife... [Full article here]

FORSYTH DEPUTY OUT ON LEAVE AFTER ARREST IN ASSAULT
By Winston-Salem Journal
Thursday, November 18, 2010
[Excerpts] ...[Forsyth County sheriff's deputy Sgt. Jonathan Jones, 40, of Clemmons] is accused of grabbing ... his wife, throwing a pumpkin at her and grabbing a phone from her, causing her to hang up when she called 911. Jones declined to comment yesterday on the charges. He and his wife don't live together, according to court records... [Forsyth County Sheriff's Office spokesman Major Brad] Stanley said he didn't know any of the details of the charges against Jones. "It is a personnel matter," Stanley said. Jones was assigned as supervisor of the deputies who provide courtroom security in the Forsyth County Hall of Justice... He is scheduled to appear in court Nov. 30. [Full article here]
[police officer involved domestic violence oidv intimate partner violence (IPV) abuse law enforcement public safety north carolina]
on 11/18/2010