[TN] Officer Wilson acquitted then quits: "...officially he is just probably trying to gather his thoughts and make sure his integrity is intact." 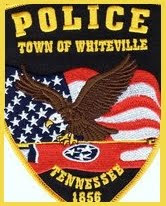 ...A Whiteville police officer [Jason Wilson] resigned Tuesday shortly after domestic assault and vandalism charges against him were dropped... "I think officially he is just probably trying to gather his thoughts and make sure his integrity is intact," said Capt. Stanley. Despite the situation, officials at the Whiteville Police Department said they still consider Wilson an excellent police officer.

WHITEVILLE OFFICER RESIGNS; ASSAULT CHARGE DISMISSED: Officer's charges dropped
Jackson Sun
By Stanley Dunlap
June 10, 2010
[Excerpts] A Whiteville police officer resigned Tuesday shortly after domestic assault and vandalism charges against him were dropped in a Hardeman County court. Jason Wilson informed the Whiteville Police Department of his resignation following his initial appearance in General Sessions Court... Wilson had been employed with the department for several weeks after having worked with Bolivar police. "During Officer Wilson's employment with the Whiteville Police Department, he did a good job and is an exceptional police officer," Whiteville Capt. Steven Stanley said in the release. "His circumstances do not reflect his integrity or his standards, both moral and ethical. It is an unfortunate situation that he has been placed in"... [Full article here]

CHARGES AGAINST OFFICER DROPPED
WBBJ-TV
By: Mallory Cooke
mcooke@wbbjtv.com
06/08/10
[Excerpts] Hardeman County - A Whiteville police officer accused of beating up his girlfriend is in the clear Tuesday after a judge dropped the charges against him. The Whiteville Police Department put Officer Jason Wilson on paid administrative leave after the county issued a warrant for his arrest last week... The judge dropped a domestic assault and vandalism charge against Wilson after his girlfriend testified she no longer wanted to press charges. "Each of us is responsible for our own actions. I think probably his integrity will require him to be responsible for his," said Capt. Stanley. Whiteville police said Wilson resigned from the department immediately after the court appearance. "I think officially he is just probably trying to gather his thoughts and make sure his integrity is intact," said Capt. Stanley. Despite the situation, officials at the Whiteville Police Department said they still consider Wilson an excellent police officer. "He takes time. He investigates things and he has a very good concept of law enforcement and the criminal justice system," said Capt. Stanley. Wilson worked at the Whiteville Police Department for about a month, and before that he served as an officer in Bolivar. Both departments said they never had any complaints with Wilson. Wilson's girlfriend, Elizabeth Thompson (Johnson), was also arrested on a vandalism charge. The judge dropped that charge as well.  [LINK]

WHITEVILLE OFFICER CHARGED WITH DOMESTIC ASSAULT
The Jackson Sun
BY STANLEY DUNLAP
Stanley Dunlap, 425-9668
June 8, 2010
[Excerpts] A Whiteville police officer was charged last month with domestic assault and vandalism after his girlfriend said he struck her during an argument. On May 27, Elizabeth Thompson told a Hardeman County investigator that Jason Wilson struck her and pushed her down as well as kicked the driver's side of her car... The incident took place at the 28-year-old Wilson's Middleton residence. Wilson admitted to pushing Thompson but said it was only to keep her from damaging his property and from assaulting him... Thompson also faces a charge of vandalism. Wilson said she damaged his personal property as well as Whiteville Police Department property... [LINK]
[police officer involved domestic violence oidv intimate partner violence (IPV) abuse law enforcement public safety gypsy cop hop tennessee state]
on 6/14/2010