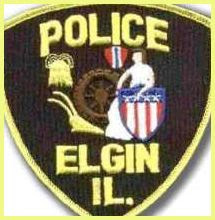 ...Elgin patrol/ police officer Darren T. Monforti has been charged with domestic battery / bodily harm and domestic battery / assaulting and provoking... accused of dragging his 26-year-old girlfriend out of her car... “Regardless of who the allegations are made against we’ll thoroughly investigate it,” [Deputy Police Chief Bob] Beeter said...

ELGIN OFFICER CHARGED WITH DOMESTIC BATTERY
TribLocal
By Melissa Jenco
January 5, 2011
[Excerpts] An Elgin patrol officer has been placed on administrative leave because he is facing misdemeanor domestic battery charges, a police spokesperson said. Darren T. Monforti, 38, and a female acquaintance allegedly were arguing over a cell phone... “As he was trying to grab it, apparently he caused various scratches on her arms,” she said. Monforti reported the incident to his supervisor. He has been charged with domestic battery / bodily harm and domestic battery / assaulting and provoking... [police spokeswoman Sue] Olafson said the department took his gun and badge and he is on administrative duty... There will be a criminal investigation and also an internal investigation, according to Olafson. “We’re investigating because of the severity of the accusation,” she said... [Full article here]

VETERAN ELGIN COP LOSES POLICE POWERS OVER DOMESTIC BATTERY CASE
The Daily Herald
By Lenore T. Adkins
1/4/2011 06:14 PM
[Excerpts] A veteran Elgin police officer has been placed on restricted duty while a domestic battery case against him goes through the courts. Darren T. Monforti, 38, has been charged with two counts of misdemeanor domestic battery, stemming from an off-duty case Dec. 23, in which he is accused of dragging his 26-year-old girlfriend out of her car by her left arm, Deputy Police Chief Bob Beeter said.... Afterward, Monforti called his off-duty supervisor, said he’d been involved in a domestic dispute with his girlfriend, but did not give much detail, Beeter said. His boss then called another supervisor at the police station and an investigation followed... “Regardless of who the allegations are made against we’ll thoroughly investigate it,” Beeter said. On Monday, authorities stripped Monforti of his police powers, confiscated his gun and badge and assigned him to administrative work that involves data entry... His bail was set at $1,000, but he was allowed to sign out on his signature. He was also ordered to avoid his girlfriend and her family... He is due to appear in court Feb. 8 at the Kane County Judicial Center... [Full article here]
[police officer involved domestic violence oidv intimate partner violence (IPV) abuse law enforcement public safety illinois state professional preferential]
on 1/06/2011