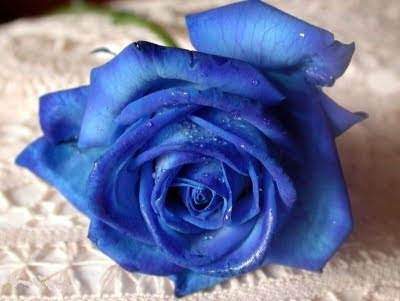 An off-duty Washington law enforcement officer was found dead of an apparently self-inflicted gunshot wound after a domestic disturbance... Dispatchers were told that a shot had been fired at the home, but no one was injured. The caller said the man had hinted at suicide, then walked out with a gun...

LAW OFFICER KILLS SELF AT BATTLE GROUND
seattlepi.com
January 18, 2011
[Excerpts] The Clark County sheriff's office says an off-duty law enforcement officer who shot himself Tuesday night in the woods near Battle Ground was distraught over marital problems... Sgt. Tony Barnes says deputies were trying to talk with him when he walked into the woods... [Full article here]

LAW OFFICER KILLS SELF AT BATTLE GROUND
seattletimes.nwsource.com
January 18, 2011
[Excerpts] ... the man had been drinking and putting a gun to his head and deputies had responded to a report of a domestic disturbance at his home... [Full article here]

OFF-DUTY WASHINGTON OFFICER DIES OF APPARENT SELF-INFLICTED GUNSHOT WOUND EAST OF BATTLE GROUND
The Oregonian
January 18, 2011
[Excerpts]
An off-duty Washington law enforcement officer was found dead of an apparently self-inflicted gunshot wound after a domestic disturbance... A 9-1-1 caller reporting a domestic disturbance brought Clark County sheriff's deputies to a home... Dispatchers were told that a shot had been fired at the home, but no one was injured. The caller said the man had hinted at suicide, then walked out with a gun. Members of a Southwest Washington tactical team responded and began searching the wooded area around the home using police dogs and night-vision goggles... [Sherriff's Spokesperson Sgt. Chad] Rothenberger said he could not confirm whether anyone was injured in the domestic disturbance that first brought deputies to the home... [Full article here]

OFF-DUTY POLICE OFFICER FOUND DEAD IN WOODS: He died of apparent self-inflicted gunshot wound
Columbian
By John Branton
Wednesday, January 18, 2011
[Excerpts] Police officers found an off-duty police officer [Douglas Deaver] dead in a wooded area Tuesday night, several hours after he fired gunshots and threatened suicide at a home on Northeast Schauer Drive, a short road off Osman and Berry roads a few miles east of Battle Ground... Officials were notified at 4:09 p.m. of a domestic disturbance at the home, and that a gun was fired, but no one was reported injured. Before leaving the home, the man had made suicidal statements, according to emergency radio traffic monitored at The Columbian. Clark County sheriff’s deputies radioed that a trained negotiator was en route to the home, and that they had tried to make contact with the man using loudspeakers and by calling his cell phone. Officials said the distraught man had been drinking malt liquor. He reportedly cut his chest and legs, fired two gunshots and put a gun to his head several times. After threatening to kill himself, "He walked off into the woods with his gun," said sheriff’s Sgt. Tony Barnes. Deputies brought a tracking dog to the scene and an armored Bearcat vehicle. Shortly after 5 p.m., patrol deputies said Southwest Washington Regional SWAT officers would take control of the situation... Officers asked emergency dispatchers to see if a military helicopter with forward-looking infrared equipment that senses radiation and body heat was available... Officers also were working to "ping" the man’s cell phone, using its GPS device... At 6:30 p.m., officers were working to clear areas around the home to make sure the man wasn’t there, and seeking to learn what weapon or radio he took with him... Officers asked that SWAT officers with the Gresham, Ore., Police Department be placed on standby in case the ordeal became lengthy and the first shift of local SWAT officers became wet, cold and tired. In addition, if a gunfight had erupted, it would have been especially difficult for the man’s fellow officers, said sheriff’s Sgt. Chad Rothenberger... [Full article here]

POLICE IDENTIFY OFF-DUTY OFFICER FOUND DEAD IN WOODS: Douglas Deaver died of apparent self-inflicted gunshot wound
Columbian
By Bob Albrecht
Wednesday, January 19, 2011
[Excerpts] A Vancouver Police officer [Douglas Deaver] who received "Department Recognition" in 2008 was found dead... "Officer Deaver was well liked, hard working and was highly regarded by his peers and members of our community and he will be greatly missed," Chief Clifford Cook said in a statement... A fading heat signature detected by a creek helped officers locate Deaver's body. Deaver was believed to have been distraught about marital problems. A petition for divorce was filed by Douglas and Brigitte Deaver in October 2009... [Full article here]

LAW ENFORCEMENT NOT IMMUNE TO DOMESTIC VIOLENCE
KPTV
January 19, 2011
[Excerpts] A domestic violence situation involving an officer became a suicide Tuesday night. Clark County deputies responded to a call in Battle Ground that involved a Vancouver police officer, identified as 46-year-old Douglas Deaver. As deputies responded to his home, Deaver ran out the back and killed himself, according to the Sheriff's Office. Experts say it’s not uncommon for people in high-stress jobs to sometimes release their tension and anger at home. In Deaver’s case, court records show there was no previous history of domestic violence between him and his wife. But records do show the couple was going to file for divorce in 2007 but reconciled before it was finalized... "It’s a challenge and we as a provider to domestic violence victims can certainly appreciate how it can be a challenge to law enforcement and first responders," says La Donna Burgess, the executive director at the Domestic Violence Resource Center in Beaverton... [Full article here]
(What was THAT?)

OWNER IS JAILED AFTER DOG TOSSED 60 FEET FROM BRIDGE
Austin American Statesman
Jun 17, 1992
..."It's sad, even for officers like us who see people stabbed and all that," [then-Dallas Police] officer Doug Deaver said. "But when you see that done to a dog, how can anyone do that? These dogs are just so happy. What could the dog do to deserve being thrown off a bridge?"...
[police officer involved domestic violence oidv intimate partner violence (IPV) abuse law enforcement public safety fatality fatalities lethal murder jail suicidal suicide state gunshot wound to the head]
on 1/20/2011