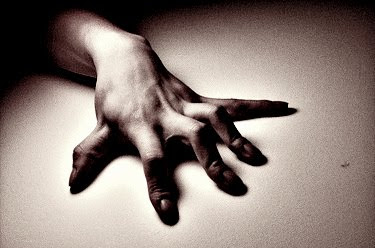 ...State Police testified that Patricia Sanders’ mother, Betty Smith of Olney, called Olney police after her daughter told her she was choked by her husband to the point of passing out Dec. 26... "Patricia Sanders showed her mother bruising on her neck and said she was punched and choked by John," Morgan said. "She was choked while holding their 3-year-old daughter"...

I'd call that charge DAMN-NEAR-MURDER.

SHELBY COUNTY DEPUTY CHARGED WITH FELONY DOMESTIC ABUSE ALSO FACES FILING DEADLINE FOR HIS STEWARDSON BOARD SEAT
Herald-Review.com
By HERB MEEKER
January 5, 2011 12:01 am
[Excerpts] A Shelby County sheriff's deputy charged with aggravated domestic battery is also an officeholder facing a deadline to file for an April 5 village board election. John M. Sanders has held a village trustee seat in Stewardson for nearly eight years... Sanders, 45, is accused of attempting to strangle his wife Dec. 26 in Stewardson during an alleged domestic incident. The deputy has been placed on administrative leave with pay due to his Dec. 28 arrest on the Class 2 felony. Sanders is free on $500 bail... The sheriff said this is the first time one of his officers has been charged with a criminal offense. Miller said his office reacted quickly to the incident report when it was forwarded by Illinois State Police investigators... Miller said he requested state police handle the criminal probe as part of the due diligence to avoid potential conflicts of interest. "I wanted it to be as unbiased an investigation as possible, and I want him to get a fair day in court as well," Miller said. "That is why I wanted (state police) Zone 5 involved right away. We didn't want the public to think he might get preferential treatment," Miller said... [Full article here]

JUDGE RULES ENOUGH EVIDENCE EXISTS TO PROCEED WITH SHELBY COUNTY SHERIFF’S DEPUTY DOMESTIC VIOLENCE CASE
Shelby County News
By Sharon Barricklow
Tue, Jan 25, 2011
[Excerpts] Shelby County Sheriff’s Deputy John Sanders will face felony charges of domestic violence after a judge ruled Monday there was enough evidence to proceed in the case. Sanders was arrested last month after he allegedly choked his wife, Patricia, at their Stewardson home... Patricia Sanders had sent text messages to her sister indicating a "911 situation" and asking their mother, Betty Smith of Olney, to come to the store the Sanders’ own... when Smith came to the store, Patricia Sanders showed her bruising on her neck and said she had been punched and choked by John Sanders... Smith said she also asked the couple’s three-year-old daughter about the incident. "She said Daddy choked her mother"...[Sheriff Mike] Miller was on the phone with the State Police when he received a call from John Sanders about an "incident" involving his family. Shelbyville attorney Walter Lookofsky, representing Sanders, asked why an arrest was made after only Betty Smith was interviewed by the State Police... "The investigators never talked to John Sanders, Patricia Sanders or their daughter. Patty Sanders never told you she had been choked." Judge Douglas Jarman ruled there was enough evidence to proceed with charges. Sanders will be arraigned in Shelby County on February 23. The case is being prosecuted by Lorinda Lamken of the Illinois State Appellate Prosecutor’s office to avoid a conflict of interest with Shelby County State’s Attorney Deborah Riley... Lamken said the nature of the investigation was keyed to protecting victims. "In domestic violence cases our first and most important goal is to protect the victim," she said. [Full article here]