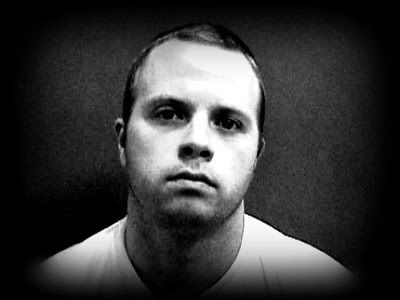 BENCHED SHERIFF'S DEPUTY FACES TRIAL ON CHARGES OF ASSAULTING EX-GIRLFRIEND
Los Angeles Times
April 5, 2011
[Excerpts] A Los Angeles County sheriff's deputy who was stripped of duty is scheduled to be tried Wednesday on charges that he assaulted his ex-girlfriend with a handgun after he put the weapon in his mouth and pulled the trigger... Delacerda was relieved of duty in April 2010 without pay, pending the outcome of the criminal trial, said Sheriff's Department spokesman Steve Whitmore. Delacerda is charged with one felony count each of assault with a firearm, kidnapping and false imprisonment by violence, as well as a misdemeanor count of domestic violence battery. Opening statements are scheduled to begin at the courthouse in Fullerton on Wednesday. [Full article here]
PREVIOUS POST:
[CA] (SUDDENLY psycho?) Los Angeles County Sheriff's Deputy Sean DeLacerda attacks an ex-girlfriend - LOS ANGELES COUNTY SHERIFF'S DEPUTY SEAN DELACERDA IS ACCUSED OF GETTING INTO AN OLD EX'S APARTMENT, ACCUSING HER OF CHEATING, PULLING OUT A FIREARM, LOADING ONE BULLET INTO THE CYLINDER, CHASING HER, GRABBING AND HOLDING HER TO KEEP HER FROM LEAVING, MAKING HER OPEN HER EMAILS FOR HIM, CHASING HER AGAIN WHEN SHE BREAKS TO RUN, TACKLING HER, GETTING ON HER, COVERING HER MOUTH SO SHE COULDN'T SCREAM, PUTTING THE GUN IN HIS MOUTH, PULLING THE TRIGGER, POINTING THE GUN AT HER, FORCING HER INTO THE CLOSET WHILE HE READ MORE EMAILS, CHASING HER AS SHE RAN AGAIN, TRYING TO GET HER CAR OPEN WHEN SHE AMAZINGLY MADE IT THERE, PULLING ON THE DOORS, BANGING ON THE WINDOW, JUMPING ON THE HOOD, AND CHASING THE CAR AS SHE FINALLY WAS ABLE TO DRIVE AWAY.
[police officer involved domestic violence oidv intimate partner violence (IPV) abuse law enforcement public safety lethal russian roulette california state psychotic]
on 4/05/2011