[CAN] RCMP Officer Haggerty charged again for assault of woman crimes. More in his past. 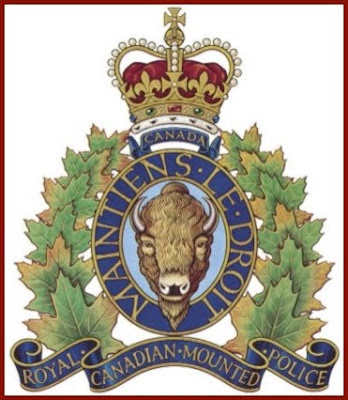 ASSAULT CHARGES HAVE BEEN LAID AGAINST A THORSBY RCMP OFFICER.
Edmonton Journal
APRIL 14, 2011
Assault charges have been laid against a Thorsby RCMP officer. Constable Chad Haggerty is facing two counts of assault against a Leduc woman for an incident in April 2004. Earlier this year, Haggerty was charged with an unrelated assault against a woman in Fort Saskatchewan. Both incidents took place when the veteran officer was off duty. The RCMP said Haggerty remains suspended with pay. The 37-year-old officer was previously reprimanded by RCMP for improperly handling a drug file, banging a suspect's head into a cellblock wall and slapping another man's cheeks to force him to take a breathalyzer test. [LINK]
RCMP OFFICER CHARGED WITH ASSAULT WHILE OFF DUTY: Haggerty has history of disciplinary misconduct
The Edmonton Journal
By Ben Gelinas
February 10, 2011
[Excerpts] An RCMP officer with a history of disciplinary misconduct has been charged with an assault while he was off duty... RCMP have not released any details about the case... Haggerty is currently suspended with pay... The 37-year-old officer was suspended prior to the assault complaint on an unrelated matter that is currently under investigation. In addition, Haggerty was reprimanded internally in 2004 for a series of complaints dating back to 2001... An RCMP disciplinary board found him guilty of two counts of discreditable conduct. Among the complaints proven to the board was the improper handling of a drug file, leading to the withdrawal of charges against two suspects. He was also found to have banged a man’s head into a cellblock wall and, in a separate incident, slap another man’s cheeks to force him to take a breathalyser test. The board gave Haggerty 15 days without pay and recommended counselling... Haggerty is expected to appear in Fort Saskatchewan Provincial Court on Feb. 17 to answer to the January assault charge. [Full article here]
[police officer involved domestic violence oidv intimate partner violence ipv abuse law enforcement public safety repeat hx Thorsby detachment canada state politics Royal Mounted Canadian Police]
on 4/14/2011