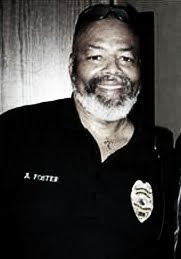 Aaron Foster wants to have [murder of girlfriend Barbara Winn charge] records sealed, arguing that charges against him in the '81 death are unfairly disruptive. The victim's family says he needs to be held accountable... On Tuesday, the family filed a wrongful-death suit in Ramsey County District Court against Foster. Winn's children said they filed the suit partly because of Foster's request to have his record expunged. "He wants to just wipe it clean and act like it never happened," said Patty Bruce, Winn's sister-in-law. "It did happen. We're fairly certain that in a civil suit, he will be held accountable... She has a beautiful legacy, a legacy of hope, and that's why we don't give up." 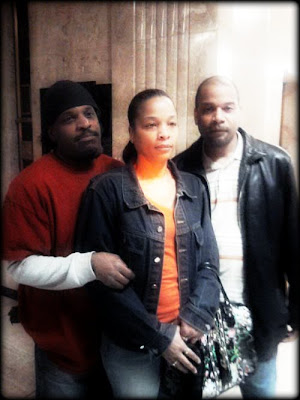 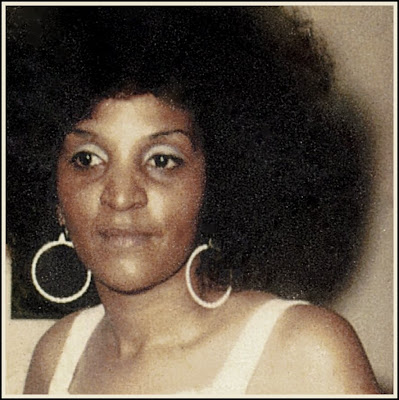 Barbara "Bobbi" Winn was 35 when she was killed.
[Note: Aaron Foster was an employee of the police department and a close personal friend of the ex-police chief, but not an officer]
FAMILY, ST. PAUL OFFICER SPAR OVER 1981 DEATH: Aaron Foster found not guilty in 2009 murder trial
myfoxtwincities.com
Tuesday, 19 Apr 2011
It’s been nearly 29 years since a Maplewood woman was shot during a struggle with a St. Paul police officer, but the family is still seeking legal action while the officer readies to ask a judge to expunge the incident from his record. The family of Barbara Winn is filed a wrongful death lawsuit against Aaron Foster on Tuesday after the 1981 shooting. In 2009, Foster -- a former St. Paul police officer -- was found not guilty on murder charges after he testified that the gun went off by accident. Charges in the death were not filed until 2007 after the case was reopened. On Wednesday, Foster plans to ask a Ramsey County judge to expunge the murder charge from his record. Foster is also trying to get his job at the police department back, and is filing a wrongful termination lawsuit in federal court claiming racial discrimination after the St. Paul Police Department put him on unpaid leave when he was charged. [LINK]

The family of a Maplewood woman who died of a gunshot wound to the heart during a 1981 domestic dispute has filed a wrongful death lawsuit against the man acquitted of killing her.

The filing came on the eve of a hearing today in Ramsey County District Court in which Aaron Walter Foster Sr. will ask to have the murder charge in girlfriend Barbara Winn's death erased from his record.

Foster, 59, stood trial in 2008 after having been arrested, but not charged, immediately after Winn's death. After the high-profile trial, a jury found Foster not guilty.

Most evidence had been lost or destroyed in the years between Winn's death and Foster's trial, and several jurors said after the trial that they believed Foster was guilty but that prosecutors hadn't proved it beyond a reasonable doubt.

Winn's three children, who were in the home when their mother died, said Tuesday that their lawsuit is an attempt to hold Foster accountable for what they remain certain he did.

"It seems like he's been getting away with things for so long and so many years," said Tammi Winn-Halliburton, who was 13 at the time of her mother's death. "My mother's not the first victim of his."

Foster was charged in 1974 with simple assault and received a suspended 20-day sentence. In 1985, he was arrested on suspicion of aggravated assault after allegedly pointing a gun at his estranged wife's head and threatening to kill her.

He was not charged in that case, and he denied the accusations.
Foster's attorney, Earl Gray, said Tuesday that he had not seen the lawsuit and had no comment.

She and Foster had argued that night, and she told Foster to pack his belongings — she was throwing him out. Her children, who were 15, 13 and 12 at the time, heard a struggle. Her youngest child, Tyrone, heard his mother's last words: "Oh, Bubbie, that hurt." Bubbie was Foster's nickname.

The jury did not hear certain evidence. One example was a "Dear John" letter that Winn wrote Foster, saying she would "not be abused."

After Winn was shot, Foster rushed downstairs to call for an ambulance. When he couldn't get through right away, he drove to a nearby 7-Eleven for help, tossing the gun out the window on his way.

Finney was a friend of Foster's and hired him to work at the police department. Fletcher reopened the cold case that year; Finney said that decision was politically motivated.

At the time of Winn's death, Finney was allowed to attend her autopsy as a police sergeant. Fletcher and Winn's family members called that improper.

Foster argued in an October 2010 petition to the court that he "presents absolutely no danger to the community" and that various prospective employers have held the murder charge against him even though he was acquitted.

The burden of proof needed to prevail in a civil case in Minnesota is "a preponderance of the evidence" rather than the much higher "beyond a reasonable doubt" needed for criminal culpability.

Aaron Foster wants to have records sealed, arguing that charges against him in the '81 death are unfairly disruptive. The victim's family says he needs to be held accountable.

Nearly three years after Aaron Foster Sr. was acquitted of murder in the 1981 death of his girlfriend, he is going back to court to ask that the record of his criminal charge be sealed. Relatives of the victim, Barbara Winn, are also turning to the court in their unrelenting effort to prove that Foster caused Winn's death.

On Tuesday, the family filed a wrongful-death suit in Ramsey County District Court against Foster. Winn's children said they filed the suit partly because of Foster's request to have his record expunged.

A hearing on the expungement is scheduled for Wednesday morning before Chief District Judge Kathleen Gearin. If Gearin grants his request, court records on Foster's murder charge, as well as records held by state and local law enforcement agencies, would be sealed.

"He wants to just wipe it clean and act like it never happened," said Patty Bruce, Winn's sister-in-law. "It did happen. We're fairly certain that in a civil suit, he will be held accountable."

Winn was 35 when she died on May 8, 1981, from a gunshot wound to the chest. Foster had been with her at her Maplewood townhouse and the two had quarreled before she was killed by a bullet from Foster's gun. Her three children, who were 15, 13, and 12 at the time, were in the home when their mother died and have insisted that Foster killed her. Foster wasn't charged until 2007, when a grand jury indicted him on third-degree murder charges. His attorney argued that Winn shot herself and a jury found Foster not guilty in July 2008.

The case had been reopened during a contentious election for Ramsey County sheriff between Bob Fletcher and former St. Paul Police Chief Bill Finney. Finney, a longtime friend of Foster, who also incurred the wrath of Winn's family, testified at the trial about a previous incident of abuse he witnessed between Winn and Foster but did not report.

Foster declined to comment when reached by phone Tuesday.

The expungement petition said that Foster, 58, "presents absolutely no danger to the community." Foster's petition also seeks to seal the record of a 2006 charge for failing to change the address on a firearm permit, which was also dismissed.

"Various prospective employers have held this charge against Mr. Foster even though it was resolved in his favor and he was found not guilty," the petition said.

Because Foster was acquitted in the murder case, state law says "the court shall grant the petition to seal the record" unless the state agency that has the records can prove "by clear and convincing evidence that the interest of the public and public safety outweigh the disadvantages to the petitioner of not sealing the record."

Both the Ramsey County attorney's office and the state Department of Human Services submitted statements arguing that the records should remain available to the public. An attorney for DHS submitted a letter to the court saying that the department needs to have access to the criminal record in case Foster ever seeks a job that would require him to work with vulnerable people. If Foster's record were expunged, it "would leave our most defenseless citizens vulnerable to maltreatment," the letter said. "In this case, the public safety interest is heightened because of the serious nature of the alleged offense."

The department licenses foster care and child care programs, as well as services for people with developmental disabilities, and has a lower threshold than a criminal conviction for denying someone a license.

State law requires DHS to bar a person from certain jobs if there is a preponderance of evidence that an applicant committed third-degree murder, the letter said.

The county attorney's office argued in court records that Foster demonstrated "a severe disregard for public safety" when he threw the gun used in Winn's death out of a car in 1981. Foster also hasn't shown that he has been harmed by his record remaining public, the office wrote.

Earl Gray, Foster's attorney, wrote in a letter to Gearin that the state hasn't raised any incidents that have happened in the past 30 years since Winn's death. He also submitted a list of 11 businesses where Foster was turned down for jobs, mostly for security positions, in the past two years.

Foster worked in the St. Paul Police Department property room until he was arrested and charged in November 2007.

Mark Haase, vice president of the Council on Crime and Justice, said Foster's case is unique compared with most expungements because he was acquitted.

That makes it more likely that he could get records held by the Bureau of Criminal Apprehension and other state and local law enforcement agencies expunged, Haase said. Most people who file for an expungement have been convicted, Haase said, which means that they are only likely to get court records sealed.

"When an employer or a landlord sees [a record], there's sort of guilt-by-record regardless of whether there was a conviction," Haase said.

Bruce said she doesn't oppose expungements in all situations, but she thinks Foster's history of violence should count against him. Winn's family members, including her children Tammi, Randy and Tyrone Winn, said they have talked about filing a wrongful-death suit for years.

"Legally, he got away with murder, but now he thinks he shouldn't have to live with the consequences of the choices he's made in his life," Bruce said. "She has a beautiful legacy, a legacy of hope, and that's why we don't give up."