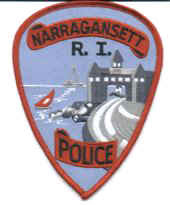 A blast from the past. Then-Sgt. Gama is NOW the prosecuting officer - handling arrest cases in District Court, working with the defense negotiating plea agreements, recommending punishments FOR OTHERS, reviewing every arrest and preparing all cases that are submitted to the defense, the state Attorney General’s Office and the judge. Amazing how things work.

Police officer files suit for false arrest
By Katie Mulvaney
Providence Journal, RI
Jun 16, 2005
[EXCERPTS] According to court documents, Gama suffered "severe mental anguish" when Horoho and the unidentified officer arrested him on March 16, 2002, and charged him with making threatening phone calls to his ex-wife the previous night. Gama, then a sergeant, denied the charge. Vespia and Choquette falsely advised the bail commissioner at the time that Gama was a repeat domestic violence offender on probation, according to the suit. The commissioner set bail at $25,000 cash, and Gama was held overnight. Gama's lawyer V. Edward Formisano wrote that a previous charge of domestic assault and battery case was dismissed in May 2000. Gama appeared in District Court, Wakefield, March 18, and was released on $25,000 surety. He was placed on administrative duty. At the time, Chief Vespia, who attended Gama's court appearance, criticized what he viewed as his "propensity for violence." Gama was acquitted of the charges that August. His lawyer sent the town a letter the following month seeking $1 million... The case was not Gama's first run-in with the law. during an argument. She was also charged with disorderly conduct and malicious mischief. Gama was Gama was suspended in 2000 for allegedly punching his ex-wifealso suspended in 2001 after the South Kingstown police charged him with leaving the scene of an accident... Gama pleaded no contest and was sentenced to six months' probation. In addition, Narragansett police one month earlier charged Gama with reckless driving after he allegedly ran a red light and drove more than 100 mph on Point Judith Road. The speeding ticket was later reduced to 50 mph... Gama, who has served on the Narragansett force since 1991,
was promoted to lieutenant
last May.
[police officer involved domestic violence oidv intimate partner violence (IPV) abuse law enforcement public safety rhode island state repeat hx teflon gawi]
on 2/20/2009