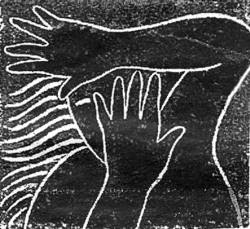 The husband of an eastern Ontario police chief has admitted to beating his wife in a jealous rage...

ONT. POLICE CHIEF'S HUSBAND PLEADS GUILTY TO ASSAULT
The Canadian Press
Updated: Mon Oct. 04 2010
BELLEVILLE, Ont. — The husband of an eastern Ontario police chief has admitted to beating his wife in a jealous rage. David McMullan, in an agreed statement of fact, says it was "irrational and unfounded" for him to think his wife, Belleville police Chief Cory McMullan, was having an affair with the city's mayor. McMullan pleaded guilty today to assault causing bodily harm. McMullan's lawyer says his client is ashamed and devastated by what he did and is in anger management counselling. Court heard that McMullan -- a retired police constable -- was angry with his wife over the amount of time she was spending on her duties as police chief. They got into an argument on Aug. 6, she left and later an enraged McMullan saw his wife sitting in a car with Mayor Neil Ellis. Court heard McMullan, 53, brutally beat her outside a mall and at the family's home in east-end Belleville, and that both attacks were witnessed by an off-duty RCMP officer. A pre-sentencing report will be presented on Nov. 26. [LINK]
[police officer involved domestic violence oidv intimate partner violence (IPV) abuse law enforcement public safety canada brass]
on 10/04/2010