[NM] Don't give up on justice for Tera Andrea Cordova Chavez. REAL police and her family are pushing for truth. 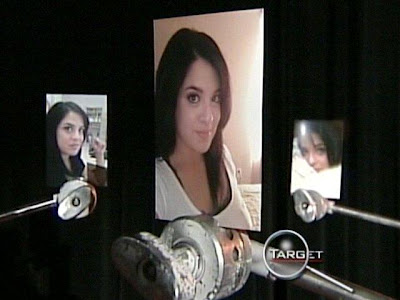 A homicide case involving an Albuquerque police officer [Levi Chavez] and his deceased wife [Tera Andrea Cordova Chavez] could be heard by a grand jury in January or February of 2011, according to Valencia County District Attorney Lemuel Martinez... Tera Chavez, was found dead in her Los Lunas home with a gunshot wound to the head in October of 2007. Her husband's police-issued gun was found by her side. Initially her death was ruled a suicide, and then changed to a homicide by Valencia County investigators...

PREVIOUS POSTS:
DA GETS EVIDENCE IN TERA CHAVEZ SHOOTING: Evidence Shows She Was Shot With Husband's APD Gun
koat.com
October 15, 2010
VALENCIA COUNTY, N.M. -- District Attorney Lemuel Martinez said his office recently received evidence from the Valencia County sheriff in a case where an officer’s wife was shot to death. In 2007, Tera Chavez died from a gunshot wound, and the weapon belonged to her husband Levi Chavez, deputies said. Levi Chavez was an Albuquerque Police Department officer at the time. Initially, the death was called a suicide, but later a deeper investigation changed the cause of death to undetermined and investigators named Levi Chavez a person of interest. Martinez said his staff is now going through the evidence, which could lead to an additional investigation. Officer Levi Chavez is on paid assignment working a desk job at the Albuquerque animal shelter. [LINK]

...At the risk of starting something I just want to say whatever happened to innocent until proven guilty? I think in our country we do the guilty until proven innocent thing, unless of course it's ourselves or somebody close to us.... just sayin'...

...To diannianne -Agree – but there is a slightly more comprehensive story about this on the KOB website, which details how he altered her life insurance policy only 17 days prior to her death, removing the suicide clause. Pretty remarkable coincidence, don't you think?...

A homicide case involving an Albuquerque police officer and his deceased wife could be heard by a grand jury in January or February of 2011, according to Valencia County District Attorney Lemuel Martinez.

Officer Levi Chavez, who's been removed from duty and put on administrative work detail at the city’s animal shelter, has been named a person of interest in the case.

His wife, Tera Chavez, was found dead in her Los Lunas home with a gunshot wound to the head in October of 2007. Her husband's police-issued gun was found by her side. Initially her death was ruled a suicide, and then changed to a homicide by Valencia County investigators.

Martinez says there are thousands of documents to be reviewed in the case. He says he also wants investigators to do more work, including retrieving cell phone location data from the case.

"But at this point we need some time. We got an attorney who's devoting a lot of time to it. But there's a lot documents. It's still a hot case in our office," Martinez told KOB Eyewitness News 4.

Attorney David Serna, who represents Levi Chavez, believes there is no case.

"Levi's got a number of nationally recognized experts who all are of the opinion that his wife committed suicide. I just don't see any indictments, period," Serna said.

A lawsuit filed by Tera Chavez's estate accuses her husband of committing the murder and getting a suicide clause written out in his wife's insurance policy 17 days before she was found dead.

The lawsuit, which is still pending, also accuses several Albuquerque police officers of contaminating the crime scene and destroying evidence.

"The Estate of Tera Chavez appreciates the painstaking care that the criminal justice system has been taking with investigating this case, especially given the start the investigators had where key evidence was contaminated and lost at the crime scene after APD supervisors entered it. The Estate of Tera Chavez believes the criminal investigators and experts should take all the time they need to investigate the many unanswered questions in this complicated case before any indictments are handed down." [LINK]