ISHPEMING -- A former Ishpeming police officer, charged with one count of domestic violence, will be in court Tuesday afternoon.

His name is not being released until after his arraignment.

The officer, who resigned from the Ishpeming Police Department Sunday, is charged with a misdemeanor.

Michigan State Police and Marquette County Prosecutor's Office investigated the allegations that were recently brought to their attention by the victim.

According to officials, the domestic violence incident happened in Marquette County at the officer's home between 2005 and 2006, with a family member.

Officials say the officer was on the force when the incident happened, but was not related to his work as an officer.

Authorities say the victim was not injured. [Hmm. I bet this depends on the definition of "injured."]

The officer is to appear in Ishpeming District Court, Tuesday afternoon.

UPDATE:
Out of over a hundred combined article comments no one accused the commenter who claimed to be his daughter and his victim of lying. She wrote that there was no hitting, and said the crime had nothing to do with domestic violence but that the dv charge was a (snazzy, tricky) part of a plea agreement to hide a different family crime that had occurred. 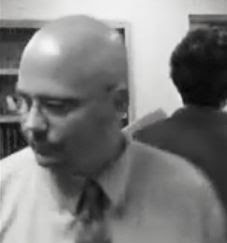 FORMER ISHPEMING POLICE OFFICER SENTENCED
uppermichiganssource.com
Posted: 10.05.2010 at 9:13 PM
The former Ishpeming police officer charged with one count of misdemeanor domestic violence was sentenced Tuesday at Marquette County District Court in Ishpeming. Ron Schultz, 37, plead guilty to the charge. The victim came forward in August. After a full investigation by the Michigan State Police, Schultz was charged with misdemeanor domestic violence. Tuesday, he was fined over $600 and will see no jail time unless he fails to pay the fines in a timely manner. If the fines are not paid by October 15, Schultz will have to report to jail. He will have to spend one day for each $50 he owes. According to officials, the incident occurred with a family mejmber at the officer's home between 2005 and 2006. Schultz resigned from the Ishpeming Police Department on Sunday. [LINK]