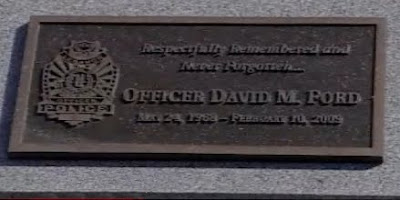 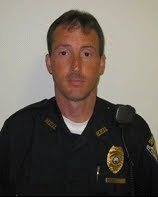 Police say they have new evidence that shows Lebanon, Ky. police officer David Ford was murdered by his own wife. Tonya Ford is in the Taylor County Detention Center... David Ford’s family is talking and they say they are not shocked... 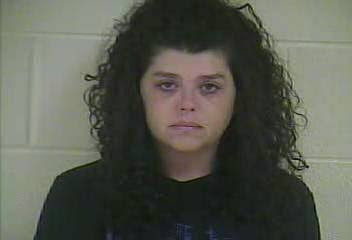 Wife Arrested in Murder of Police Officer
WTVQ
Lindsay Allen
20 October 2010
The wife of a slain Lebanon city police officer has been indicted for his murder. Police have charged Tonya Ford, 37, in the murder of her husband, David Ford... For more than a year and a half, no suspects had been named, no arrests made, until now... [Full article here]


Wife arrested, charged in Taylor Co., KY, death
ColumbiaMagazine
by TFC William Gregory, Public Affairs Officer
20 October 2010
News from Kentucky State Police Post 15, Columbia, KY: 37-year-old Tonya M. Ford of Campbellsville was arrested this morning, Wednesday, October 20, 2010, at the Taylor County Courthouse at 9:52amET, by Kentucky State Police Detective Israel Slinker where she was charged with Murder-Domestic Violence in connection with the 2009 death of her husband... David Ford was a police officer with the Lebanon City Police Department... The on-going investigation led to an indictment of Ford by the Taylor County Grand Jury after listening to the testimony of 17 witnesses on Tuesday, October 19, 2010... [Full article here]


Campbellsville woman indicted in husband's death
Lexington Herald Leader
By Josh Kegley
Wednesday, Oct. 20, 2010
[Excerpts] A Campbellsville woman [Tonya M. Ford] was indicted for murder Wednesday in the 2009 death of her husband, an off-duty Lebanon police officer... Trooper Billy Gregory, spokesman for state police post 15, said Tonya Ford was arrested after officers examined "the totality of the circumstances and what we have uncovered through a year and a half of investigation." He did not elaborate. David Ford had been an officer in Marion County for three and a half years. Before serving on the Lebanon police force, he was the sole police officer in the Bradfordsville community, assistant Lebanon police chief Wally Brady said. "As a department as a whole, we're glad to see there has been an arrest in David's case," Brady said. "It does start some closure for the department." Brady described David Ford as "a fine officer" who was "always willing to help someone in need"... [Full article here]

Family of police officer allegedly murdered by wife says they had rough marriage
WHAS11.com
by Anna Prendergast
Posted on October 20, 2010 at 11:52 PM
Updated October 21, 2010 at 10:13 AM
[Excerpts] A woman was put in jail Wednesday on charges of murdering her husband nearly two years after he was killed. Police say they have new evidence that shows Lebanon, Ky. police officer David Ford was murdered by his own wife. Tonya Ford is in the Taylor County Detention Center and we asked her for an interview, but she declined. However, David Ford’s family is talking and they say they are not shocked and say the couple had a rocky marriage. Darrell Ford, David's brother, says “They were getting a divorce and he was supposed to file the next week. David had moved out three weeks prior.” David Ford's family say they are relieved someone is behind bars and charged with his murder, but the fact that the person is David’s wife has put a strain on the family. Tonya Ford helped raise David's three sons and the couple had one child together... There's a memorial outside of the Lebanon Police Department in honor of David Ford where he was an officer there for three years. David's family says Wednesday was hopefully the start to some kind of closure, but having someone who was once part of the family charged with his death is hard to take... [Full article here]

Lebanon Policeman David Ford found murdered
ColumbiaMagazine
February 10, 2009
[Excerpts] Press conference report. Statements made by Lebanon Police Chief, KSP Post 15 Commander Greg Baird. No questions taken. Body of policeman found at 109 Graham Road in Taylor County. Kentucky State Police are investigating... This press conference is in reference to a homicide investigation involving off duty Lebanon Police Department Officer David M. Ford. We will not be taking any questions at this time due to the nature of the investigation... Again, we will not be taking any questions. Statement of Lebanon Police Chief, Shelton Young: "On behalf of the Lebanon Police Department and the City of Lebanon, I would like to pass on condolences to the family of David Ford. David was a 3 1/2 year veteran of the Lebanon Police Department. He was not only a member of our department but a friend who we trusted and relied on..." At 1:07pm the Campbellsville 911 Center received a call from Tonya Ford of 109 Graham Road in Taylor County stating that she had arrived at her residence and found that her husband, 40-year-old David M. Ford had been shot. Upon arrival, Taylor County Sheriff John Shipp located the body inside the residence and requested assistance from the Kentucky State Police... David M. Ford was pronounced dead at the scene... Anyone with any information regarding this investigation is asked to contact the Kentucky State Police at 1-800-222-5555 or the Lebanon Police Department at 270-692-2121... [Full article here]

Obituary: David Murrell Ford, 40
ColumbiaMagazine
February 12, 2009
Mr. Ford was a member of the Lebanon, KY, City Police David Murrell Ford, age 40, of Graham Road (Saloma Community), Campbellsville, KY died Tuesday, February 10, 2009. Funeral services for David Murrell Ford will be conducted at 11:00am, Friday, February 13, 2009, at the Campbellsville Baptist Church with burial to follow in Campbellsville Memorial Gardens. The Chaplain of the Fraternal Order of Police will officiate.... He was born May 24, 1968, the son of the late Ronald Ford. He was an officer with Lebanon City Police. He is survived by his wife, Tonya Simpson Ford... Four sons... Three stepchildren... His mother and step-father... One brother and sister-in-law... One sister... And several nieces, nephews and a host of friends... [Full article here]

Murdered Officer Remembered by Family
Hundreds of people turned out for Officer David Ford's funeral in Taylor County.
wkyt.com
Feb 13, 2009
[Excerpts] Hundreds of people turned out in Taylor County on Friday morning, to remember a police officer killed in his own home. Lebanon Police Officer David Ford... In an emotional ceremony, the family of Officer Ford pulled together Friday to say their final goodbyes. "He always looked up to me. He didn't know I looked up to him," said Darrell Ford, Officer Ford's older brother. Betty Ford says her son meant the world to her, taken too soon after being shot and killed. "Thirty minutes after I talked to him I found out he was gone. I hope God is taking care of him now. He's my baby," says Betty Ford... "It's sad when you lose an officer, but even sadder when it's a friend," says Chief Shelton Young, with the Lebanon Police Department. Ford was also honored by officers across the state, and people who know him best: his wife and children, mother and siblings, and other family members. They say they are still wanting answers about his death, and hope police soon find the person responsible... "I am so proud and always will be until the day I die. I'm proud of my baby boy," says Betty Ford... [Full article here]
[police officer involved domestic violence oidv intimate partner violence (IPV) abuse law enforcement public safety fatality fatalities lethal murder female perp perpetrator kentucky state jail]
on 10/23/2010