[OH] Elyria Police Dectective is being stalked, and is afraid for her family and herself 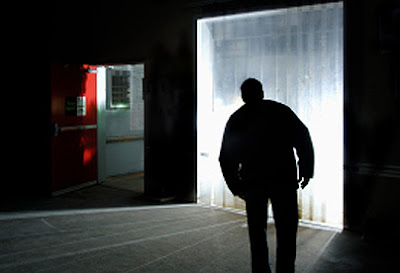 ...“I am scared that he will cause me/family physical harm,” [Elyria Police Detective] Lisa Dietsche wrote in her request for the protection order, which is in effect through August 2015...

MAN CHARGED WITH STALKING ELYRIA DETECTIVE
chronicle.northcoastnow.com
Brad Dicken
October 2nd, 2010
[Excerpts] A Sheffield Lake man has been indicted for allegedly stalking an Elyria police detective and her family. David Schmitz, 33, is charged with violating a protection order and menacing by stalking, according to an indictment handed down this week by a county grand jury. He already was under indictment for menacing by stalking, retaliation and identity theft. The victim in both cases, according to court documents and police reports, is Elyria police Detective Lisa Dietsche, who is the sister of Schmitz’s ex-girlfriend, Sandy Kalb. Kalb and Schmitz had a brief relationship that ended in February 2008, according to police reports filed in April 2008 in which Kalb, Dietsche and their parents complained that Schmitz was harassing them... Dietsche told deputies that she had told Schmitz to leave her family alone, but he continued to harass them. As a result, Schmitz was charged with telecommunications harassment but pleaded out to a charge of disorderly conduct persisting... In July of this year, Dietsche sought and received a civil stalking protection order against Schmitz. The order bars Schmitz from contacting or coming near Dietsche, her husband, Elyria police Officer Raymond Dietsche, their children, Lisa Dietsche’s parents and her niece. “I am scared that he will cause me/family physical harm,” Lisa Dietsche wrote in her request for the protection order, which is in effect through August 2015. The latest charges against Schmitz stem from an Aug. 24 encounter between Dietsche and Schmitz at the Lorain County Justice Center... Schmitz is being held in the Lorain County Jail after his bond was revoked. His attorneys have asked for the bond to be reinstated... [Full article here]
[police officer involved domestic violence oidv intimate partner violence (IPV) abuse law enforcement public safety ohio state]
on 10/02/2010