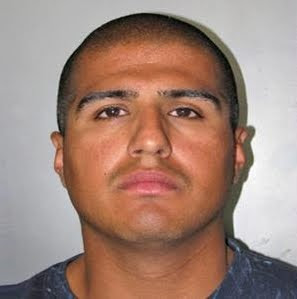 A Las Vegas police officer [Roberto Angulo] pushed his ex-girlfriend into a stucco wall and bit her nose early Sunday morning after arguing with her about custody of their child, stated a Henderson police report released Monday... Angulo was arrested on a misdemeanor charge of domestic battery...

VEGAS COP ACCUSED OF BITING EX-GIRLFRIEND: Officer Charged With Battery Domestic Violence
fox5vegas.com
October 19, 2010
[Excerpts] A Las Vegas Metro police officer is accused of pushing his ex-girlfriend and biting her nose during a fight at the woman’s Henderson home. Roberto Angulo, 28, was arrested Oct. 17 on a charge of battery domestic violence. According to an arrest report, Angulo shares a child with his ex-girlfriend, and the couple had gotten into an argument over custody of the child... She claimed that during the argument, Angulo pinned her to the front door and bit her nose. She said he also pushed her against a stucco wall where she suffered several scratches on her back. When questioned by police, “Angulo denied any type of physical contact” with the woman... Angulo has been released from custody after posting bond. [Full article here] 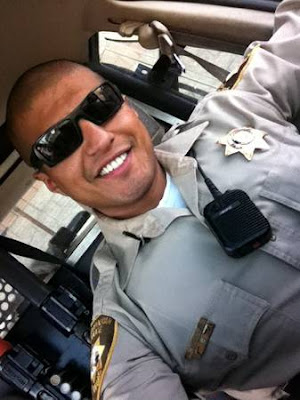 POLICE OFFICER ARRESTED ON DOMESTIC BATTERY CHARGE
Las Vegas Review-Journal
By Antonio Planas
Oct. 18, 2010
[Excerpts] A Las Vegas police officer pushed his ex-girlfriend into a stucco wall and bit her nose early Sunday morning after arguing with her about custody of their child, stated a Henderson police report released Monday. Roberto Angulo, 28, a five-year veteran with the Metropolitan Police Department, was arrested on a misdemeanor charge of domestic battery. He was booked in the city's detention center and released late Sunday night after he posted bail of $3,137. He was placed on paid administrative leave, said officer Jacinto Rivera, a spokesman with Las Vegas police. Rivera said in general terms, if an officer faces a domestic battery allegation, personnel from the Office of Internal Affairs investigate. The internal investigation will then dictate what punishment, if any, the officer will face... [N.H.] told police that Angulo had at one point told her he was contemplating hurting himself... "She further advised that he had told her about a suicide letter he had written and it was all her fault due to court process involving their son and that he would eat a bullet"... The report said Angulo was vague with police when discussing what occurred with [N.H.]. Police arrested Angulo on probable cause. [Full article here]
[police officer involved domestic violence oidv intimate partner violence (IPV) abuse law enforcement public safety nevada state, lethal, suicidal]
on 10/19/2010