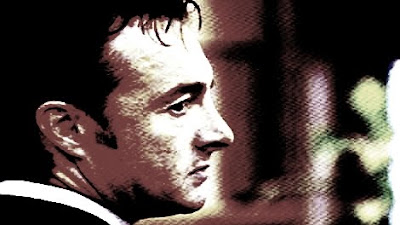 A case that was settled in criminal court two years ago is still percolating in the Spokane Police Department, with a detective suing the city for defamation and his boss, Chief Anne Kirkpatrick, putting him on paid leave, saying his claims of emotional distress make him unfit for duty...

Previous entries:
OFFICER ACQUITTED OF THREAT AGAINST WIFE IS SUING CITY
The Spokesman-Review
Meghann M. Cuniff
October 3, 2010
[Excerpts] A case that was settled in criminal court two years ago is still percolating in the Spokane Police Department, with a detective suing the city for defamation and his boss, Chief Anne Kirkpatrick, putting him on paid leave, saying his claims of emotional distress make him unfit for duty. Detective Jay Mehring was removed from duty the same day Kirkpatrick was to give a deposition in the $3.5 million lawsuit, said Mehring’s lawyer, Bob Dunn. Kirkpatrick declined comment, citing personnel issues and ongoing litigation. City spokeswoman Marlene Feist confirmed Mehring, who makes $79,364 annually, has been on leave since Sept. 9 but said she couldn’t provide details. Dunn said Mehring was put on paid leave the same day a scheduled deposition with Kirkpatrick was cut short because she didn’t want Mehring in the room with his department-issued handgun... The squabbling is the latest in a case that began in early 2007, when two Spokane police sergeants said Mehring had threatened to burn down his estranged wife’s home with her in it. He was charged with a felony and placed on unpaid leave. Dunn said Mehring was punished without regard for departmental policy. Mehring’s ex-wife, Lisa Mehring, has said in court documents that the case was blown out of proportion, and that she and Mehring are “victims of overzealous law enforcement, domestic violence laws and the legal system.” Among the allegations in Mehring’s lawsuit against the city is that Kirkpatrick violated his Garrity rights – the right not to have a coerced statement used against him in trial... Trial is scheduled to begin Jan. 18. Kirkpatrick defended her handling of Mehring’s discipline in a signed declaration filed July 21. The chief said she knew of prior incidents between the Mehrings and said Mehring’s son admitted to hearing his father tell one of the sergeants that he was going to “burn down the house (with his mother in it),” Kirkpatrick wrote... The lawsuit further alleges Kirkpatrick violated departmental policy when she placed Mehring on unpaid leave after he was charged with felony harassment in March 2007. A jury acquitted Mehring, and Kirkpatrick reinstated him in October 2008 on the advice of the city attorney’s office, but demoted him from an investigative position with a federal drug task force. The city paid him $134,000 in back pay. Now, Kirkpatrick believes Mehring’s court declarations of emotional distress filed in the lawsuit prove that he’s unfit for duty. In a Sept. 9 letter, assistant city attorney Erin Jacobson said Mehring was being placed on paid leave “to allow you to take care of yourself and receive psychological evaluation and/or treatment.” According to the letter, “It recently came to the city’s attention through discovery received in your pending litigation that you believe you are currently suffering from depression, panic attacks, lack of concentration, paranoid thoughts, extreme pain and anxiety, among other serious mental and emotional conditions. The City takes these concerns seriously.”... In a sworn declaration filed in Superior Court July 21, Kirkpatrick said Mehring’s acquittal by a jury doesn’t prove his innocence. A week later, she e-mailed to police supervisors court documents outlining the city’s defense against Mehring’s lawsuit... [Full article here]
[police officer involved domestic violence oidv intimate partner violence (IPV) abuse law enforcement public safety lethal washington state terroristic threatening teflon washington state]
on 10/04/2010