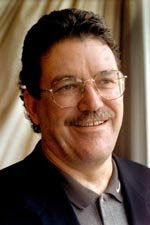 ...Some have asked us to stop writing about the Brame case. We'd love to. And we will. Just as soon as we know and report all the facts about what happened, what went wrong, and what the city, the courts and other appropriate elected officials intend to do about it.

Stop writing about Brame? Not until all facts are known The News Tribune
DAVID ZEECK
September 14th, 2003
[Excerpts] A lot of questions demand answers in the wake of Crystal Brame's slaying and David Brame's suicide. Today we begin answering a question that hasn't been dealt with yet: How did David Brame run the police department? With favoritism, manipulation, cruelty and abuse of power, it turns out. There were accomplishments, to be sure. He increased attention on community-oriented policing. He targeted more resources at auto thefts (the No. 1 property crime) and meth labs (the fastest-growing crime and an incubator for other crimes). Voters agreed to build a new police headquarters and neighborhood substations. But there was a dark side:
•In promotions he frequently bypassed top candidates to handpick friends and supporters.
•He forced an assistant chief to retire early by threatening his pension.
•He used his position to pressure a female officer to have group sex. (She refused.)
•At least one member of his command staff knew about the harassment, but failed to report it.
•He used friends at the department to help him gather "evidence" that Crystal was the abuser in their relationship.
•He used the department chaplain to counsel Crystal not to divorce him.
Worse, these behaviors were unknown or tolerated in a system that provided virtually no oversight and gave the police chief almost unchecked power to use or abuse the department.
In the past four months we've answered other questions that Tacomans need to know about David Brame... We began a new line of inquiry more than two months ago. In stories labeled "Beyond Brame," we've focused on how we can improve the city, its response to domestic violence and the police department. Among the questions addressed... Asking such questions is our job. Presenting the facts as we find them is our job. Some have asked us to stop writing about the Brame case. We'd love to. And we will. Just as soon as we know and report all the facts about what happened, what went wrong, and what the city, the courts and other appropriate elected officials intend to do about it.
on 9/14/2003 0 comments 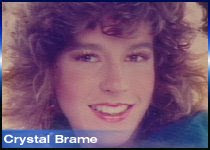