[KS] Vashti Forrest did not kill herself. Her lawman husband is convicted of 1st degree murder.

Brett Seacat prosecutors seeking 'Hard 50' sentence for murder
By Amy Renee Leiker
The Wichita Eagle
Published Tuesday, June 11, 2013,
[Excerpts] Jurors on Tuesday convicted Brett Seacat of murdering his wife, more than two years after she was fatally shot and their Kingman home set ablaze. The verdict came about 3 p.m. after roughly six hours of deliberation Tuesday. Seacat, 37, was also convicted of aggravated arson and two counts of child endangerment, all linked to the April 30, 2011, death of 34-year-old Vashti Seacat and a fire that destroyed the couple’s house while their young sons, then 2 and 4, were inside. Prosecutors are asking for the “Hard 50” sentence, which is life in prison without the possibility of parole for 50 years. Sentencing for Seacat is set for 9:30 a.m. Aug. 5. He remains in Kingman County Jail without bond. Julie Hostetler, Vashti Seacat’s mother, referred to the ruling as “bittersweet relief... This was like a two-edged sword... We’ve known Brett since he was 16. We accepted him and loved him as part of the family. So although justice was served – and he’s where he needed to be – it’s still bittersweet”... Throughout the trial, prosecutors contended Seacat – a former sheriff’s deputy skilled in crime-scene investigations and interrogation tactics – plotted to shoot and kill his wife to stop her from divorcing him and then torched their home to destroy the evidence. Seacat claims Vashti Seacat, indecisive about their pending divorce, suffered bouts of depression and committed suicide after he threatened to wreck her career and take away her boys. He maintains she set the house on fire before she killed herself... [Full article here]

[NYPD] Officer Smikle's weapon removed yet he shot, killed his NYPD wife Lana Morris and himself 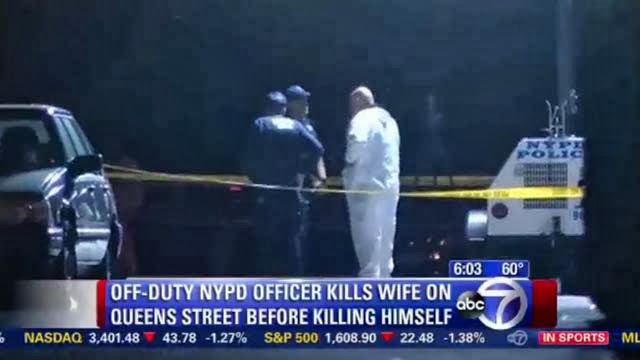 NYPD officer Sherlon Smikle, who had a reported history of domestic violence, shot and killed his wife Lana Morris, a mother and NYPD Safety Officer for Queen's Village public school, as she ran from their home. He then shot and killed himself. His duty weapon had already been confiscated due to reported domestic violence. He used a shotgun to commit his final crime. An eight year old little girl is left behind. May she be surrounded with love on every side, and angels. Blessings of strength to the families and friends.

There's no pics of Lana so I'm not posting pics of Sherlon. This double death was in the paper a few days and then all fell silent. What will ever be NEW at NYPD? How many deaths does it take 'til NYPD knows?

...[NYPD Officer Sherlon Smikle] had his badge and gun yanked in May after he slapped his spouse... Sherlon Smikle was not charged because she was not badly injured, but he was given a “do not harass" order that allowed him to stay in the family home in St. Albans if he behaved himself... 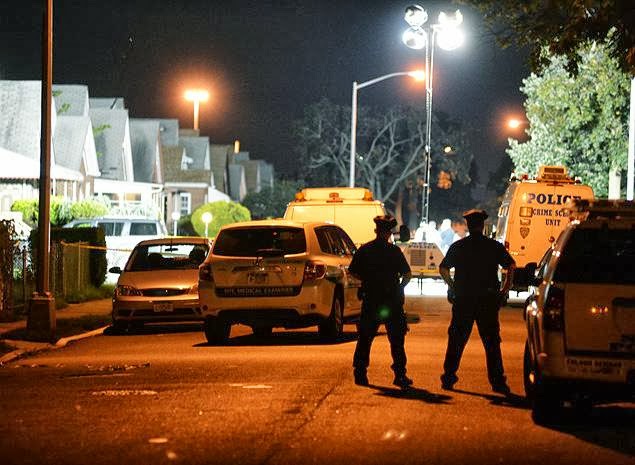 QUEENS NYPD COP SHOOTS WIFE TO DEATH THEN KILLS SELF: A 33-year-old NYPD officer, who works the Brooklyn public housing beat, shot his wife outside the family's Camden Blvd. home in St. Albans then went inside and took his own life.
New York Daily News
Published: Wednesday, June 5, 2013, 10:26 Pm
Updated: Thursday, June 6, 2013, 10:18 Am
[Excerpts] ...Law enforcement sources said [NYPD officer Sherlon] Smikle, an eight-year veteran assigned to Brooklyn public housing, had recently had his police-issued weapon taken away. As [Lana] Morris, 46, clung to life in the street, neighbors rushed to the aid of the school-safety agent, who was wearing her uniform... “She was laying by the side of the curb." Authorities rushed the woman to Queens General Hospital. She could not be saved... [Full article here]

NYPD OFFICER KILLS WIFE, SELF IN ST. ALBANS
Queens Courier
Thursday, June 6th, 2013
[Excerpts] ...“I look outside and I’m seeing this lady face down in the street... I looked out and I said, ‘That looks like Lana.’”...Morris worked as a school safety officer and was still in her uniform when she was shot by her husband... Cops showed up at the couple’s door approximately two weeks ago, responding to a domestic violence call. Neighbors said Smikle was asked to leave the home... The couple has one daughter, [L.], 8, who was not home at the time of the shooting. Neighbors say it was well known that Smikle loved his little girl, and Sanders said he frequently saw her father walk her to school. “He was crazy about that girl, she looked just like him,” said Ellis. Before things went awry, Smikle and Morris were also frequently seen working together on their garden in the front yard... [Full article here] 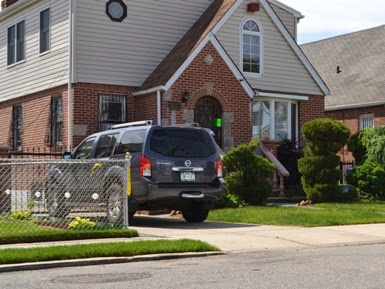 OFF-DUTY NYPD OFFICER KILLS WIFE, SELF IN QUEENS
ABCLocal.go, WABC
Thursday, June 06, 2013
[Excerpts] Police in Queens are investigating the death of one of their own Thursday, after he allegedly shot and killed his wife before turning the gun on himself... Both of the deceased worked for the NYPD... Sources say the 33-year-old officer had his service weapon taken away a few weeks ago after a domestic dispute with his wife, who was a New York City school safety agent... Smikle had been assigned to the 83rd Precinct in Bushwick, Brooklyn, but he had be reassigned after the domestic dispute with his wife. [Full article here]

OFF-DUTY QUEENS COP ALLEGEDLY KILLS WIFE BEFORE TURNING SHOTGUN ON HIMSELF AFTER SHE DIDN'T COOK DINNER
New York Post
Updated: 5:25 AM, June 7, 2013
...[NYPD police officer Sherlon] Smikle was transferred last month from the 83rd Precinct to the Housing Bureau, where he worked a post watching surveillance video from city housing projects, a law-enforcement source said... A source said the couple had recently purchased a new home outside the country... [Full article here]

WIFE SOUGHT LOCK CHANGE HOURS BEFORE DEATH BY ABUSIVE NYPD HUBBY
Digital Journal
Jun 10, 2013
...[Lana] Morris, who is employed as an NYPD school-safety agent, contacted Paragon Security and Locksmith the day of her murder, asking for the two locks on the front-door of her house to be changed. Morris already had a restraining order against Smikle but apparently sought additional protection. The doomed wife contacted Safe Horizon, an organization dedicated to helping victims of domestic violence in the New York metro area, which recommended Pargon... [Full article here]

COP KILLS WIFE, SELF AT ST. ALBANS HOME: NYPD officer Sherlon Smikle shot his wife to death outside their Camden Avenue home in St. Albans
Queens Chronicle
June 11, 2013
[Excerpts] A 33-year-old NYPD officer with a reported history of domestic violence shot and killed his wife as she ran from their St. Albans home on June 5 before killing himself. Police are calling the incident a murder-suicide. A neighbor, who asked that his name not be used, said his daughter saw Sherlon Smikle, an eight-year veteran of the department, chase Lana Morris, 46, a [NYPD] school safety officer, out of their house at 183-60 Camden Ave. and shoot her repeatedly with a shotgun. “Then he went back into the house and she heard one more shot,” he said... [Full article here]
(Back dated 9/22/2013)
[police officer involved domestic violence oidv intimate partner violence ipv abuse law enforcement public safety lethal fatality fatalities murder suicide repeat hx new york state politics cop on cop]
on 6/12/2013 0 comments

[AL] Selma Police Officer shot and killed his ex-girlfriend Keoshia Hill (aka Yoshi), her step-father Bill Jackson, then himself 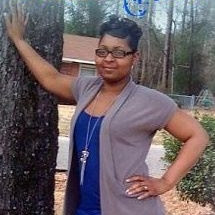 Selma Police Officer Dwight Moorer shot and killed his ex-girlfriend Keoshia Hill (aka Yoshi), her step-father Bill Jackson, and himself on June 2nd, 2013 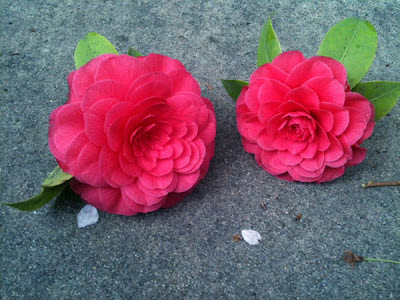 ...“This hurts us so deeply,” Selma Chief of Police William T. Riley told The Selma Times-Journal. “It’s bad enough to see the loss of life, but to know that one of our officers, one of our own, would go out and do something like this is devastating”...

SELMA POLICE STUNNED THAT OFF-DUTY OFFICER KILLED TWO, THEN SELF OVER THE WEEKEND
WSFA
Jun 3, 2013
[Excerpts] The Selma Police Department is in a state of shock after having to confirm that one of their own officers shot two people to death over the weekend before turning the gun on himself. Selma PD says the officer, identified as Dwight Moorer, was off-duty when he shot and killed his ex-girlfriend, 28-year-old Keoshia L. Hill and her step-father, 59-year-old Bill Jackson... At the Selma Police Department, Chief William Riley describes his force as 'stunned and speechless.' The department never saw it coming. Riley tells WSFA 12 News Moorer was a good officer... [Full article here]

DALLAS COUNTY DA: SELMA POLICE OFFICER WHO FATALLY SHOT EX-GIRLFRIEND, HER STEPFATHER HAD PTSD
al.com
June 4, 2013
[Excerpts] Selma Police Chief William Riley is remaining mum on the mental state of one of his police officers [Dwight Moorer] who apparently fatally shot his ex-girlfriend [Keoshia L. Hill] and her stepfather [Bill Jackson] before turning the gun on himself on Sunday... [Dallas County District Attorney Michael] Jackson states Moorer appeared to suffer from post-traumatic stress disorder from his tours to Iraq with the Army... Moorer was sued for child support by two women within five months of each other in 2009... That same year, Moorer was ticketed for driving 85 mph in a 65 mph zone... The murder-suicide is being investigated by the Alabama Bureau of Investigation. [Full article here]

NAMES OF OFF-DUTY SELMA POLICE OFFICER, VICTIMS INVOLVED IN MURDER-SUICIDE RELEASED
al.com
June 03, 2013
[Excerpts] A Selma Police officer on the force for five years is accused of shooting and killing his ex-girlfriend and her stepfather before turning the gun on himself on Sunday afternoon. The officer has been identified as Dwight Moorer, 28... The names of the victims were released Monday as being 28-year-old Keoshia L. Hill of Selma and 59-year-old Bill Jackson of Selma... [Full article here]

ALABAMA POLICE OFFICER FATALLY SHOOTS EX-GIRLFRIEND, HER STEPFATHER AND HIMSELF
Raw Story
By David Edwards
Monday, June 3, 2013 10:38 EDT
[Excerpts]
Police in Selma, Alabama have confirmed that one of their officers shot and killed two people before turning the gun on himself... “This hurts us so deeply,” Selma Chief of Police William T. Riley told The Selma Times-Journal. “It’s bad enough to see the loss of life, but to know that one of our officers, one of our own, would go out and do something like this is devastating”... [Full article here]

OFF-DUTY OFFICER SHOOTS, KILLS TWO OTHERS, THEN HIMSELF
Selma Times Journal
By Tim Reeves
Published 11:00pm Monday, June 3, 2013
[Excerpts] ...“This is a terrible and tragic situation,” [Selma Chief of Police William T.] Riley said Sunday evening. “All of our hearts go out to the victims and the families involved”... Court records show two women sued Moorer for child support within five months of each other in 2009, claiming he was the father of their young daughters. Moorer didn’t contest either paternity claim and instead acknowledged being the father of both children... Riley said it is proper procedure to turn the investigation over to the ABI since the shooting involved a member of the Selma Police Department... [Full article here]