This blogs photos disappeared, but I didn't

It's been almost a week now since my picture server dumped me (abuptly). It was a little stunning since I think there were over 800 pics of law enforcement officers there - with details of their cases. I don't blame Flickr (great service). I was pushing the line - okay, I was way over the line - on how to use their service, but can't help but suspect that someone complained. Doesn't matter. I'll go through and replace the pics a few at a time. It can't be that easy to bump me off.
Too much is going unnoticed. Too many deaths. Too many law enforcement/ public safety agencies still not taking it seriously. Too many frightened and HOPELESS victims with nowhere to turn. Too many law enforcment officers, firefighters, and public officials who feel they can't reach out for help - for a host of reasons.
I'm feeling a little fiesty after having my pics all deleted (wincing) so here are just SOME of the stories I've posted on the group I moderate
so far
just this month (June):

[FL]
..."He started choking my trachea with one hand and as I tried to scream he covered my mouth with his other hand," the victim wrote in a statement. "I was able to kick him off me, he got on top of me again and slammed my head into the tile floor twice." She eventually ran to her children's bedroom where she called 911. Investigators noticed the victim had red marks and swelling on her neck, a swollen and cut lip as well as a large bump, redness and swelling on the back of her head. Police took Clark into custody at his business on Southwest Macedo Boulevard. He was carrying a .380-caliber pistol...

...It was not immediately clear how Carrboro's former fire chief Rodney Murray had died, or how long he had been in the room, but authorities were investigating the possibility of suicide... Murray was jailed 5 times for repeatedly violating an order to stay away from Ambrosecchia who ended a 10 year relationship with Murray in 2005...

[IL] FIRE DEPT. LT. BALES can beat his women if he wants to
...His girlfriend told officers at the scene that [Joliet firefighter Joseph] Bales tore weather stripping from the door of her Nissan XTerra and hit her with it several times in the face, according to reports. Two male witnesses told officers the young woman "was screaming at the top of her lungs for help" when they arrived... (Wife) Christine Bales has alleged she was physically assaulted and that other firefighters had to hold back her husband. But fire officials, who filed no police report regarding the incident, described it as a domestic argument... The city's human resources director Mike Suppan said that firefighters are not sworn to uphold the law while police officers are...

[WA]
...During the investigation, his estranged wife made allegations of abuse. The department cleared him of perjury and domestic abuse... [Police Chief Gary] Michel first suspended [Officer Chris] Cook for three weeks without pay... Six weeks later, Cook was again in trouble for using his computer to run the license plate on his wife's car... used his security clearance to obtain dispatch information from two 9-1-1 calls to his ex-wife's home... Cook kept his job, the second time with a four-week suspension without pay... He said it was in the aftermath of Tacoma Police Chief David Brame's shooting of his wife and himself, which is why he thinks the department and the city pursued him so aggressively...

Alachua Police Rodney Samuel was fired Friday for falsifying information on his employment application. It took that. He had been fired from one department after sexual harassment complaints, then arrested on charges of battery, was hired by the (aware) Alachua Police Department... Samuel's most recent incident involved Nanci Farinas, who he had a seven-year relationship with him... According to the report, Samuel physically abused Farinas on three occasions in the last year and a half... Concerning bruises reportedly seen by Farinas' doctor, friends and daughter, Samuel said, "The bruises probably occurred during sexual intercourse...

[GA] More on the recent dv murder of Officer Tasha George
Dougherty County Officer Tasha George was shot outside her Temple Avenue home last Friday by Travis Smith. Interestingly, the indictment also accuses him of battery and stalking, crimes that happened one month before Tasha George was killed... George was trying to end things with him, & earlier in the day she had the locks changed on her house and a security company was installing a burglar alarm.... police reports from May 19th show a history of domestic violence at the home. After 8 that night, police arrested live-in boyfriend Travis Smith. Records show Smith pushed George through a glass table. She had an abrasion to her right eye and a deep cut on her stomach....

[NH] Fired Trooper Plunkett arrested for stalking ex girlfriend
A former New Hampshire state trooper [Michael J. Plunkett] who is charged with possession of child pornography, witness tampering and falsifying evidence was arrested this week on charges of stalking his former girlfriend, who is a key witness against him...

[AZ] Fired for dv & drunk driving Officer DeStefano is rehired
Back in March I wrote on our group that a few months prior "...Marana Police Officer John Michael Destefano Jr. was arrested for dui after landing in a ditch, a week later was arrested for domestic violence on his wife (drunk then also), and was arrested a few years ago for dv as well. He's fired..." But the news that came out this month is, "The Marana Police Department last week rehired an officer it fired in March for drunk driving and two domestic violence-related arrests..."
Wish I was surprised.

[PA] Update on Trooper Heller's threat to wife, judge, parents, dog...
Luke J. Heller, a Pennsylvania trooper assigned to a Bucks County barracks, allegedly threatened to kill himself, his estranged wife, her lawyer, and a judge during a contentious divorce case that ended last year... "Mr. Heller is suffering from a mental disorder which I consider serious, and is in need of medication and psychological treatment," psychologist Robert M. Gordon wrote in a 2004 court-ordered evaluation of Heller. Heller, 36, remained working at the Dublin barracks until he was suspended this year... His most recent issues are posting invitational rough sex pics of his ex-wife on the internet -unlawful use of a computer and criminal use of a communication facility — "AND OTHER CHARGES" (???) That's the focus, but what I hear is the ex wife saying that folks have disassociated from her because even THEY are in fear. The focus should be on his threats to lives - not the pictures. I hope she has support.

More post titles from June. I'll try to get back here and explain a few more: 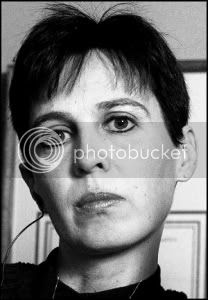 SHERIFF'S OFFICE
Deputy accused of assault loses his job
Frank Jermy's termination is the outcome of an internal investigation.
By Julie McCormick Sun Staff
Published in The Sun: 01/05/2001

Kitsap County Sheriff's Deputy Frank Jermy was fired on Thursday, about two months after an alleged assault against his wife Jane, a former Chief Deputy Coroner.

Jermy was on unpaid leave and the target of an internal investigation for undisclosed off-duty violations when deputies were called to the incident at his South Kitsap home Oct. 22.

This week's termination was the outcome of a new internal investigation triggered by the third-degree assault charges lodged against Jermy following the incident, said Undersheriff Dennis Bonneville.

Bonneville said normally the Sheriff's Office would not disclose the existence of an internal investigation or any discipline, but treated the Jermy case differently because of the attention the case had already received.

He declined to give further details except to say the decision to terminate Jermy followed a hearing convened by Patrol Chief Wayne Gulla.

Deputy Dave White, who operates the department's Office of Professional Standards, investigated the case, as he does all allegations of policy and procedure violations.

After the hearing, it was Gulla's decision to fire Jermy, said Bonneville.

Bonneville did not attend the hearing nor review the investigation because an appeal to him would be the next step if Jermy were to contest the decision.

To avoid conflict of interest, the King County Sheriff's Department was brought in to investigate the assault case.

Deputies' reports and charging documents in the alleged assault paint a picture of a family falling apart.

According to the investigation, Jermy was drunk when he and his wife got into an argument early on a Sunday morning.

He allegedly strangled her and put her in fear for her life, and at one time had a gun in his hand before deputies arrived.