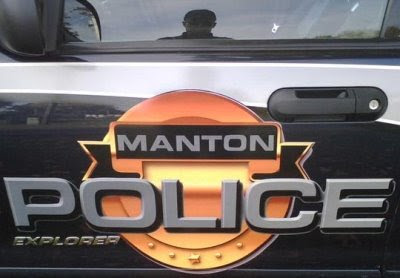 ...In her protection request against [Chief] Long, [Cathleen] Muma alleged the chief told her she had to better start putting "God and family first" in her life and told her she needed to be a "better wife" to her husband...

Woman gets protection order against husband
She says deputy has been abusive
Record-Eagle
By IAN C. STOREY
December 11, 2004
A Manton woman sought personal protection orders against her sheriff's deputy husband and Manton's chief of police. Cathleen Muma, 35, filed protection requests late Wednesday against her husband, Phillip, a deputy with the Wexford County Sheriff's office, and Manton Police Chief Michael Long, a friend of the family. Grand Traverse County Probate Judge David L. Stowe denied the ex-parte request against Long, but granted an order against Phillip Muma, according to 13th Circuit Court records. In the protection request against her husband, Cathleen Muma said he had been abusive in the past but became more aggressive after he had brain surgery in August. In her statement to the court, Muma said on Nov. 5 her husband threatened her with a loaded rifle at the couple's home after she returned from a work trip to Haiti. The next day, she said she fled to a safe house. The alleged domestic problems led to a precautionary lockdown of Manton High School on Monday, after Muma removed her children and told school officials her husband had made threats. In her protection request against Long, Muma alleged the chief told her she had to better start putting "God and family first" in her life and told her she needed to be a "better wife" to her husband. Muma said in the request she was "intimidated" by the police chief giving her orders to run her life. Muma said Long used his position to "gain control" over her work relationships and "threatened" to take her children. But Long said he never threatened Muma and called her place of employment to find out information about the school situation. "The whole thing is sad, but it really didn't have to be that way," he said. "What she says about me is totally untrue. I am bewildered, to be honest with you. "I knew both of them as friends until recently. I think that everybody knows Phil is not like that." Long said he was with Phillip Muma when the lockdown at the school occurred and said he didn't believe Muma posed a danger to anyone. "Two sides of the story is what we are all looking for in the first place, and some things that were said were not true," he said. "I think people are starting to learn the truth of what really happened." [Source]
on 12/11/2004 3 comments