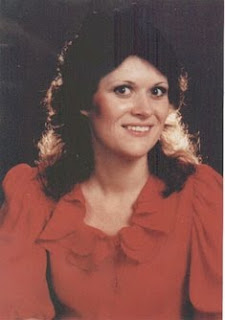 Holidays hurt when loved one is missing
Monday, December 29, 2003
By Laura Hancock
Deseret Morning News
[Excerpted] ...The Sorensens have their own theories of what happened to their daughter, usually believing she too was murdered. But Mary Sorensen acknowledged, "I don't know if I've still accepted she's not coming home. You never learn to completely live with it. You can deal with death. It's finality. But this is a little more complex," said Ed Sorensen. He and his wife are not concerned about justice, "we'd just like to know where she is." Warren was always on the go and friendly. She loved children, her parents said, and started holiday traditions with her son, who was a toddler when she disappeared. The family stuffed tiny presents into plastic balls and opened them on Christmas Day. Every day of not knowing the whereabouts of her daughter is a struggle for Mary Sorensen. At Christmastime, it's difficult because "there's always someone who says, 'What would it be like if she were here?' " she said...
[police officer involved domestic violence oidv intimate partner violence (IPV) abuse law enforcement public safety fatality fatalities murder unsolved unresolved missing utah state]
on 10/24/2005 11 comments

FROM THE AMERICAN FRIENDS SERVICE COMMITTEE:

CT NOW and
Bridgeport First Candlelight Vigil
27 October 2005
6:30 PM
City Hall Annex, 999 Broad Street Bridgeport, CT
The City of Bridgeport is in the process of hiring a permanent police chief. Its Acting Police Chief, Anthony Armeno, has a record of domestic violence perpetration. CT NOW has been working hand-in-hand with Bridgeport First, a grassroots community organization, to prevent anyone with a history of domestic violence from becoming permanent chief of police. The effect on victims would be potentially devastating to know that the chief himself has a record of domestic violence perpetration as they picked up the phone to call 911.
I have met with Mayor Fabrizi to convey how strongly we feel that anyone who assumes the position of chief of police must not only be educated about, and sensitive to, the issue of domestic violence, but have an impeccable personal history in this regard.
October is Domestic Violence Awareness Month. Please show your support for victims and advocates by joining in this very important community event. Help us send a message that Connecticut will not tolerate domestic violence in Bridgeport or any other community in this state! [Source]
on 10/15/2005 0 comments Orange deputy, 2 kids found slain
He was to appear at hearing with estranged wife
Sun Sentinel
Anthony Colarossi acolarossi@orlandosentinel.com,
Pedro Ruz Gutierrez and Daphne Sashin
October 11 2005
[Excerpts] An Orange County deputy sheriff and his two young children were found dead in their Windermere-area home Monday, only hours after they failed to appear at a court hearing with the deputy's estranged wife. Neighbors and a Circuit Court judge handling the case identified the deputy as Paul Robert Terry, a 14-year Sheriff's Office veteran. The children -- 10-year-old Elyse and 8-year-old Ian -- were living with Terry, who recently separated from his wife Authorities released few details about the deaths and would not confirm the names of the victims. It was unclear late Monday whether it was a triple murder or a murder-suicide. "Needless to say it was a very tragic scene," said Sgt. Barbara Miller, a spokeswoman for the Orange County Sheriff's Office. "Everybody is trying to find a reason why this happened." The gruesome scene was discovered after deputies went to the house on Butler Bay Court to check on the family about 4:30 p.m. When she was told of the deaths, the children's mother, Leigh Ann Terry, broke down in a neighbor's driveway. "She was hysterical"... Orange Circuit Judge Bob Wattles said he awarded temporary custody of the children last month to Paul Terry, 45, after he filed a domestic-violence complaint against his wife. Wattles called the marital dispute "a he-said, she-said thing" but decided in favor of the father... "He alleged that she hit him, and he was afraid for himself and his children," Wattles said Monday night. "I believe, in this case, I granted the initial injunction to him." Wattles said the mother had disputed Paul Terry's claims, but he gave the deputy temporary custody of the children and allowed them to remain in the family's home... "You always try to avoid this. It's just a really tough situation," said Wattles, who plans to attend the funerals and said he expects to cry with Leigh Ann Terry. "Nobody saw this coming," he said. "You never want to have this happen." A neighbor on Butler Bay Court described Paul Terry as a "control freak" who was obsessed with his children and acted like a cop even when he was off duty, around neighbors. "We don't talk to them because he was so screwy," said Carolyn Nichols, who lives next door to the Terrys' home. "This person was really not together. He frightened me." Nichols said Leigh Ann Terry had approached neighbors for shelter because she was afraid of her husband and his access to firearms. "She asked neighbors if she could stay with them," she said. "She was concerned he had a gun"... [Full article here]
on 10/11/2005 0 comments 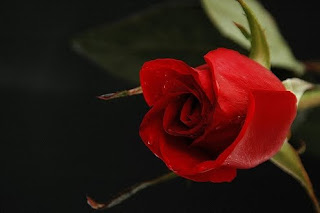 UPDATE:
I thought I'd come back and say that when I point out that police say that there is no paperwork - that I don't believe them, unless they destroyed it or never took it seriously enough - because Leon was an officer - to write it down. Disappearing complaints and paperwork is common in officer-involved cases.
[police officer involved domestic violence oidv intimate partner violence (IPV) abuse law enforcement public safety fatality fatalities murder suicide florida state coverup cover up stalking teflon]
on 10/04/2005 15 comments