"He very much worried me, and even when I reached out for help no one would help."

Judge: Cleveland Co. magistrate's office policy not consistent with state law
WBTV
[Excerpts] An On Your Side investigation has uncovered a policy at the Cleveland County magistrate’s office that prohibits spouses and partners of law enforcement officers from getting emergency protection in situations where they feel they are in imminent danger. The discovery was made amid a months-long investigation prompted by a Cleveland County woman [Jennifer Fredell] who says she was denied help by a magistrate because her then-husband [Jesse Saucier] was a state trooper... The law allows a magistrate to issue a protective order to people who present evidence they are a victim of domestic violence when a judge is not available to issue one. But Magistrate Ashlyn Harris refused to issue a protective order against Fredell’s then-husband because he was a state trooper... Article here 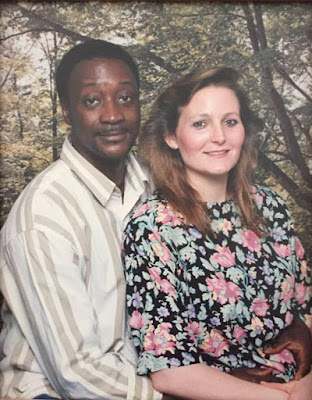 On July 30th, 2016 retired Providence Rhode Island Police Officer Franklin Osgood fatally shot his wife of 30 years MaryJo ("MJ") Osgood, then fled to New Jersey where he killed himself after Providence officers who knew him were trying to convince him to stop. MaryJo was a legal secretary at Pierce-Atwood in Providence, has five sisters, three brothers, and has 4 wonderful children with Franklin - who "she loved more than life itself", plus 2 grandsons.

Written by MaryJo's sister Karen McLaughlin:
"As the sun broke and the gray clouds came in, our family lost a most precious daughter, sister, mom and grandmother. This is not a time to blame. This is a time to reflect on how easily a life is gone and those left behind are shattered. Our family (along with the rest of this country) is sickened with the profound sadness that is epidemic from gun and domestic violence. MaryJo was a bright energetic funny spunky part of so many lives. As she joins so many others in her eternal resting place, please understand that violence has no prejudice. When it strikes, it takes the very core of your heart. We, MaryJo’s siblings, want her to be remembered as a sister who was loved, a mom and grandmother who devoted herself to her 4 children and 2 grandchildren. All of us deserved to have her in our lives for a long time."

GOFUNDME: Osgood family needs your help!
"I am sure you have heard of the tragedy that took place on July 30, 2016. The Osgood children were never prepared for the events that would unfold that day. They now need your help as they will be facing many financial challenges. Please help Jessica, Crossandra, , Terren and Sereth along with grandchildren Elijah and Treyu during this time of need. While nothing can undo the events of July 30th, your help will ease the burden of what they are about to face. MaryJo was a sweet loving mother who adored her children and grandchildren and was an active member of our community. Officer Rhonda Kessler of The Providence Police Department and Elmhurst Neighborhood Crime Watch would appreciate your generous support of this family." 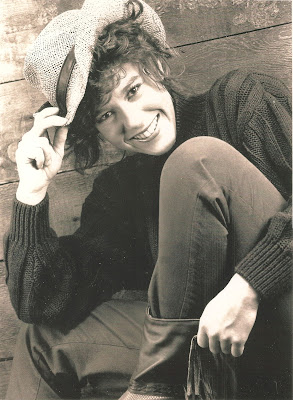 EDITORIAL: Crystal Judson's Light Burns Bright For Abuse Victims
The News Tribune
May 12, 2016
[Excerpts] Thirteen years ago last month marked one of the most dreadful chapters in Tacoma history: the fatal shooting of Crystal Judson Brame at the hand of her police chief husband, David Brame, who then killed himself in the same Gig Harbor strip mall parking lot. The News Tribune spent months investigating and publishing stories about a Tacoma bureaucracy that looked the other way while its top public safety officer abused his estranged spouse. Community leaders pushed for reforms inside the city and police department. For several years after the April 26, 2003 murder-suicide, the newspaper kept the candle burning by printing an anniversary story and a running checklist of reforms -- some completed, others unfulfilled. Today, while the headlines have faded, the important work of preserving Crystal's memory by extending help and hope to other domestic violence victims has not stopped. It is carried on by her parents, Lane and Patty Judson, and by her children, Haley and David, Jr., now young adults. The mission is also entrusted to the Crystal Judson Family Justice Center, which recently observed its 10th anniversary... The Judson center stands out among the great fulfilled promises on the community's checklist, along with improved Tacoma police screening and hiring practices, an early-warning system to catch problem cops, and a federal law that funnels grant money to police agencies that enact meaningful domestic-violence policies... Abuse victims can find emergency housing aid, transportation assistance, help filing police reports and protection-order paperwork and much more... The center reported 2,639 client visits in 2015... Alas, there's more than enough suffering to fill the lobbies of other agencies, too. Pierce County Community Connections and the local YWCA both told News Tribune columnist Matt Driscoll this month that they're seeing more victims, and more intense cases...  [Full article here]