[NC] Trooper Lineberger ordered to stay away from his girlfriend, her friends, and her family - but not charged

...In her court filing, [E.B.] included pages of text and Facebook messages where [North Carolina State Trooper Sean Robert "Bobby" Lineberger] called her a "whore" and other derogatory names... [E.B.] claims Lineberger had another trooper pull her over on her way home... The order also states Lineberger has “committed acts of domestic violence against the plaintiff,” and “it clearly appears that there is a danger of acts of domestic violence against the plaintiff”...
TROOPER ORDERED TO STAY AWAY FROM EX-GIRLFRIEND
Charlotte Observer
By Michael Biesecker
Friday, May. 27, 2011

A state trooper has been assigned to desk duty after a Catawba County judge issued a domestic violence protective order requiring him to stay 100 yards away from an ex-girlfriend.

According to court records, the woman claims Senior Trooper Sean "Bobby" Lineberger stalked her in his patrol car and that he ran checks on the license plate numbers of people she spent time with.

In her court filing, [E.B.] included pages of text and Facebook messages where the trooper called her a "whore" and other derogatory names, even as she repeatedly asked to be left alone.

[E.B.] also claims Lineberger bought her drinks at a Mexican eatery where he asked her to date him again. After she declined and left in her car, [E.B.] claims Lineberger had another trooper pull her over on her way home.

Lineberger, who has worked on the patrol since 2007 and is stationed with Troop F in Hickory, could not be reached for comment Thursday.

First Sgt. Jeff Gordon, spokesman for the Highway Patrol, said an internal affairs investigation had been opened in the case and that Lineberger was placed on administrative duty on May 19. Gordon said he could not comment further, citing state employee personnel privacy restrictions.

Following a hearing on Tuesday, Special District Judge J. Keaton Fonvielle issued an order for Lineberger to stay away from [E.B.], who works at the Catawba County Justice Center in Newton. [LINK] 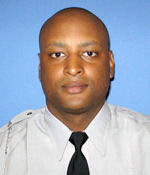 NEWTON -- A Catawba County clerk of court and a N.C. Highway Patrol trooper have come to an agreement regarding a domestic violence order.

According to court papers, [E.B.] and Sean Robert “Bobby” Lineberger were formerly in a dating relationship. On May 19, [E.B.] took out a domestic violence order of protection against Lineberger, saying that on May 17, Lineberger placed [E.B.] in fear of continued harassment that inflicted substantial emotional distress.

The court took testimony from [E.B.] that “finds to be consistent with the allegations in plaintiff’s verified complaint,” according to the protection order. Lineberger was ordered to stay away from [E.B.], to not assault, threaten, abuse or harass her and to not threaten her family.

The domestic violence protection order was due to expire Tuesday. Although a hearing was scheduled, the two parties came to an agreement, said Al Jean Bogle, Catawba County Superior Court Clerk. Bogle said the agreement includes the following:

-They can’t come within 100 yards of each other;

-Lineberger can only come to the courthouse if his job requires it;

-Lineberger cannot run the license plates of family or friends of [E.B.] unless he is doing it as part of his job;

Lineberger is an officer with Troop F, which serves Catawba County. He was placed on administrative duty with pay pending internal investigation, effective May 19, said 1st Sgt. Jeff Gordon, public information officer for the N.C. Highway Patrol. Gordon would not comment further on the situation.

The decision to place a trooper on administrative duty is made by the commander’s office, Gordon said.

While on administrative duty, Lineberger does not have a patrol vehicle, badge, firearm or any ID or credentials, Gordon said.