[WA] Those who feared Yakima County Sheriff's Deputy Sean Moore can move on. He decided prison wasn't for him. 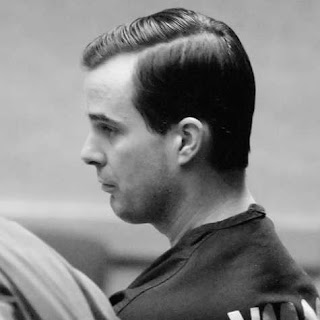 On 5-21-11 at approximately 2130 hours inmate Sean Moore was found by Yakima County Corrections Officers unresponsive in his cell. Officers performed CPR until medical staff arrived and took over. Moore was transported to Yakima Regional Hospital by ambulance where he was pronounced deceased shortly after arrival.

[I am backdating this post.]
News excerpts from March to May:

FORMER YAKIMA COUNTY DEPUTY PLEADS GUILTY IN ASSAULT CASE
Yakima Herald Republic
By Mark Morey
Friday, March 11, 2011 AT 01:04PM
[Excerpts] A former Yakima County sheriff’s deputy pleaded guilty Friday to several felony charges that could land him in prison for more than 10 years.... Moore pleaded guilty to first- and second-degree assault on the two victims, as well as third-degree rape and residential burglary. He was originally charged with first-degree rape and first-degree burglary. The charges did not include firearm enhancements that would have added a mandatory 10 years to the sentence. Moore would have faced significantly more time if convicted as charged... Prosecutors said he held his duty pistol to the woman’s head and brandished it at the man... He was also armed when he returned later in the day and ordered the woman to perform a sex act... Moore has been in custody since his arrest; his $500,000 bail was revoked upon entry of the plea. He had been on paid administrative leave but resigned Wednesday from the sheriff’s office. [Full article here]

YAKIMA COUNTY, WASHINGTON DEPARTMENT OF CORRECTIONS
Date: May 22, 2011
From: Director Ed Campbell
Re: In Custody Death
[Excerpt] On 5-21-11 at approximately 2130 hours inmate Sean Moore was found by Yakima County Corrections Officers unresponsive in his cell. Officers performed CPR until medical staff arrived and took over. Moore was transported to Yakima Regional Hospital by ambulance where he was pronounced deceased shortly after arrival... [Full article here]

FORMER YAKIMA DEPUTY SEAN MOORE DEAD
KIMATV
By Heather Walker
May 22, 2011 at 7:02 PM PDT
[Excerpts] A former Yakima County Deputy who recently pleaded guilty to rape, burglary and assault charges was found dead in his jail cell. Action News looks at the circumstances of his death and what lead to Sean Moore's fall from grace... Starting with a court appearance back in October. Action News uncovered shocking details in the police report. A woman he knew well claimed Moore held a gun to her head, punched her in the face and raped her. All while in uniform and on the clock... Shortly after Moore's arrest by Selah Police, a sheriff's sergeant, clearly stressed by the arrest of one of his own, refused back up to a Selah officer... We spoke with the Yakima County Prosecutor who told us neither the jail nor his office; which had been monitoring Moore's phone calls were given any indication he would take his life... [Full article here]

SEAN MOORE HAD TOUGH TIME IN YAKIMA JAIL
KIMATV
By David Klugh
May 23, 2011 at 6:57 PM PDT
[Excerpts] ...The coroner explained to KIMA, Moore used a towel to hang himself, rather than face up to two decades in prison for rape and assault... "He was thinking about his future," said [Director of the Yakima County Jail] Ed Campbell... In fact, even the relationship Sean Moore had with fellow inmates was not consistent with a man planning to take his own life. "He was trying to be what we call the 'tank boss," Campbell said. "He was trying to control the television, trying to control the language. He didn't want Spanish spoken in the tank. And trying to exert his authority or some kind of authority, which is common with inmates. They were talked to, the issues were resolved and again that day that it happened Sean met with staff and everything seemed just fine"... [Full article here]