[NV] Officer Segura's ex-wife moved back in. They are probably both regretting it. 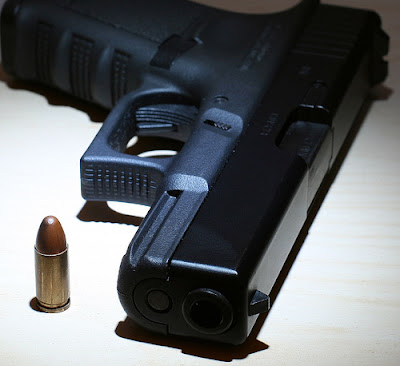 ...his ex-wife accused him of strangling her and firing a gun inside his home...
METRO POLICE OFFICER ARRESTED ON DOMESTIC VIOLENCE COUNT
Las Vegas Sun
By Rich Coleman
Thursday, May 26, 2011
[Excerpts] A Metro Police officer was arrested Sunday and placed on paid administrative leave after his ex-wife accused him of strangling her and firing a gun inside his home, a police report said. James Anthony Segura, 40, was booked into the Clark County Detention Center on Sunday night on counts of battery domestic violence-strangulation and shooting into an occupied structure... According to an arrest report, Segura’s ex-wife had recently moved back in with him after their divorce three months ago... She said that Segura grabbed her by her throat with both hands and “applied pressure restricting her breathing and circulation,” the report said. She also alleged he banged her head against the wall... According to the report, their daughter and a family friend eventually pulled Segura off his ex-wife. She then went back into the room and began arguing again... Segura demanded that she leave, then he grabbed a handgun and fired it once, she alleged in the police report. She said she was running away to leave and didn’t look back to see if Segura was aiming at her... Police later interviewed Segura, who denied any physical contact and reportedly told police he fired one shot into the ceiling, the report said. Police searched the bedroom and found an empty 9 mm casing and a hole in the ceiling... Segura’s ex-wife had visible red marks on her neck and scratches and bleeding on her hand. Segura has been placed on paid administrative leave pending the outcome of the investigation... [Full article here]
[police officer involved domestic violence oidv intimate partner violence ipv abuse law enforcement public safety lethal nevada state politics]
on 5/26/2011