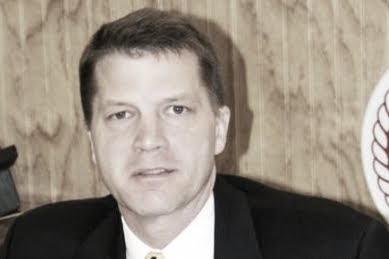 SOUTHOLD’S SUPERVISOR TAKES LEAVE OF ABSENCE
Shelter Island Reporter
By Tim Kelly
May 5, 2011
[Excerpts] After a domestic disturbance with police intervention at his Cutchogue home last Thursday, Southold Town Supervisor Scott Russell has temporarily turned over his responsibilities to Deputy Supervisor Phillip Beltz... A separate statement attributed in a release to the other five Town Board members said, “Supervisor Russell will be taking some time off to address personal and private matters.” Police were called to the Russell home Thursday morning, but no charges were filed, according to Captain Martin Flatley. Mr. Russell is married and has two children. The department has released no additional details on what occurred, which is routine in the case of domestic calls, the captain added.... Ruthanne Woodhull, Mr. Russell’s confidential secretary, said only that the supervisor “is home and taking care of himself”... As to what took place at the Russell home last week, the chairman [town GOP Chairman Denis Noncarrow] added, “There are all sorts of rumors out there. But people should not jump to conclusions. We have to give him time to regroup.”... [Full article here]
[public official involved domestic violence oidv intimate partner violence ipv abuse law enforcement public safety new york state politics]
on 5/05/2011