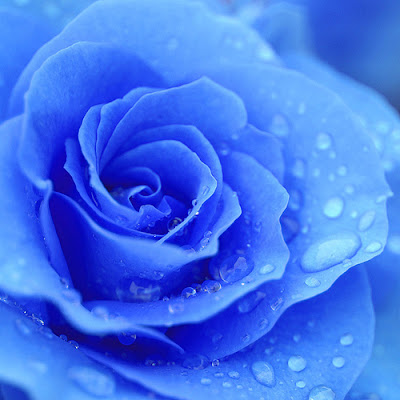 Not Forgotten
...Officials said [Suffolk County Police Officer Robert] Williams received an outpouring of support... He was too distraught to speak with investigators yesterday... Ann Marie was said to be an upbeat person who always smiled and waved to neighbors... Ann Marie's friend of 3 years: "She was very excited about the whole house, the baby's room, everything, She was in good spirits. I've never seen her really down about anything"... Dr. Michael O'Hara, an Iowa psychiatrist and nationally recognized expert in postpartum illnesses, said it was highly unlikely someone would suffer from postpartum depression or psychosis without showing symptoms for three months and then commit such a crime...
MOTHER, DAUGHTER ARE FOUND DEAD
Sep 11, 1989

A Suffolk County police officer returned from his night shift to his Babylon home and found his wife and baby daughter dead of apparent gunshot wounds, police said early today.

Gierasch said that police had no motive or suspect. However, he did say, "The husband is not a suspect at this point." Gierasch wouldn't comment on the weapon used, the time of death or where in house the mother and daughter had been found.

Bloom said Williams had been with the force about eight years.

One neighbor, who asked not to be identified, said she hadn't heard any shots all evening. She said the Williams family had moved into the area a year or two ago and generally kept to themselves.

Police were expected to have the area blocked off all night as their investigation continues.

The wife of a Suffolk County police officer apparently shot their 3-month-old daughter to death before killing herself in the basement of the family's Babylon home sometime Sunday night, investigators said yesterday.

Williams found a handgun he owns, which he had kept in a locked box in a closet, next to the bodies. It apparently was used in the shootings, Gierasch said. No note was found, and there was no sign of any break-in or other disturbance. Williams called police at 12:20 a.m. after he found the bodies.

Police were working through the night, examining the scene and securing evidence, but said there were no clues as to what might have sparked the apparent murder-suicide. Investigators said they planned to look at the possibility that Ann Marie suffered from postpartum depression or psychosis - a psychological illness that afflicts one mother in 1,000 deliveries and, in extreme cases, can cause hallucinations and delusions. Acquaintances said, however, that she had shown no signs of depression in the past three months.

No evidence of the tragedy was visible late yesterday morning outside the Williams home, with its well-manicured lawn and hanging flower pots. A blue Ford station wagon with a baby seat in the back seat was parked in the driveway.

Officials said Williams, 30, received an outpouring of support from police officers, his parents and his wife's family. He was too distraught to speak with investigators yesterday, and relatives could not be reached for comment.

News of the apparent murder-suicide stunned the couple's friends, neighbors and co-workers. Ann Marie Williams was a letter carrier with the Postal Service in Bethpage for three years before taking maternity leave two weeks before giving birth to her daughter, officials said.

Friends and neighbors described Ann Marie and Robert Williams as a happily married couple who seemed thrilled with the birth of their first child. The couple knew they were having a daughter, so they designed a nursery, bought clothing and lots of toys in advance, one friend said.

Ann Marie was said to be an upbeat person who always smiled and waved to neighbors.

"They were like people you'd see living on a farm somewhere - a down-home couple," Robert Dockery, a neighbor, said.

Tom Kennish, a clerk at the Bethpage post office and a friend of Ann Marie's for the past three years, said he last saw her and Robert at a barbecue in the Williams' home two weeks ago.

"She was very excited about the whole house, the baby's room, everything," he said. "She was in good spirits." He said they had spoken often since the barbecue and she never expressed any negative feelings. "I've never seen her really down about anything."

On the quiet suburban street where the couple had lived for about two years, neighbors said they were friendly and pleasant. "Before the baby came, they were always together, jogging," said Nellie Fizzuoglio, who lives across the street. "Afterwards, he'd be jogging and she'd go out walking with the baby every day."

"They had a great marriage," one neighbor said. "She was so excited about the pregnancy . . . I find it hard to believe she would do something like this."

Dr. Michael O'Hara, an Iowa psychiatrist and nationally recognized expert in postpartum illnesses, said it was highly unlikely someone would suffer from postpartum depression or psychosis without showing symptoms for three months and then commit such a crime. "If a woman seemed to be doing pretty well and pretty happy and then she killed her baby and herself, that would be pretty shocking to me," he said.
[police officer involved domestic violence oidv intimate partner violence ipv abuse law enforcement public safety lethal fatality fatalities alleged suicide unsolved unresolved new york state politics]
on 5/25/2011