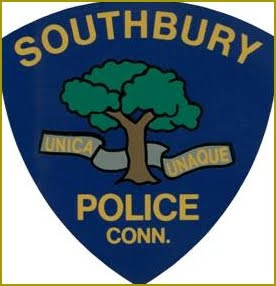 [Update: Southbury police officer Anton Tchorzyk took his own life on June 20th, 2011, while still on suspension, reportedly having completed family violence training and undergoing alcohol and anger management treatments. His and other officer suicides resulted in a conference to address the number of Connecticut officers committing suicide.]

SOUTHBURY POLICE OFFICER SUSPENDED AFTER SECOND MISDEMEANOR: ANTON TCHORZYK, A SOUTHBURY POLICE OFFICER, WAS SUSPENDED TUESDAY.
By Chris Duray
September 9, 2010
[Excerpts] ...According to first selectman Bill Davis, a Southbury police officer was suspended with pay Tuesday following his second arrest in two months. Middlebury police reports confirm officer Anton Tchorzyk, 45, was arrested Tuesday for disorderly conduct... Tchorzyk — who lives in Watertown and has been on the force for nine years — was arrested for breach of peace and harassment in January... [Full article here]

SOUTHBURY COP'S DISORDERLY CONDUCT CASE CONTINUED
Republican-American
September 30, 2010
[Excerpts] A criminal case involving a Southbury police officer has been continued until next month... [The girlfried, who is] Naugatuck's animal control officer, also said Tchorzyk threw Chinese food around her living room, court documents state. Tchorzyk, 45, of Watertown, wasn't present in court Wednesday... Tchorzyk was suspended with pay after his arrest. Tchorzyk, who has been on the force since 2001, had to surrender his gun and badge. [Full article here]

ANTON TCHORZYK WILL HAVE HIS NEXT COURT DATE OCT. 5. THE SUSPENDED OFFICER IS FACING A CHARGE OF DISORDERLY CONDUCT.
By Chris Duray
October 1, 2010
The Southbury Police Officer who was suspended with pay after his second arrest in two months had his trial continued to Oct. 5... After his first arrest — for breach of peace and harassment in January — Tchorzyk was suspended with pay for eight weeks and completed a family violence program before coming back to work in March. Tchorzyk, 45, has been on the police force for nine years... [LINK]

PROSECUTORS WILL NOT PURSUE CASE AGAINST SUSPENDED OFFICER
Southbury Patch
By Chris Duray
October 5, 2010
[Excerpts] Prosecutors chose not to pursue charges of disorderly conduct against a Southbury police officer and lifted a protective order against him, Tuesday. Anton Tchorzyk, 45 of Waterbury, was due in Waterbury Superior Court to enter a plea Tuesday. Instead lawyers for the state entered a nolle prosequi, which — without acquitting Tchorzyk or dismissing charges against him — formally halts action on a case, according to the court clerk's office. Terms of a nolle prosequi allow prosecutors to resume their case against Tchorzyk at any time within the next 13 months... [Full article here]
[police officer involved domestic violence oidv intimate partner violence (IPV) abuse law enforcement public safety repeat hx teflon connecticut cop-on-cop]
on 10/05/2010