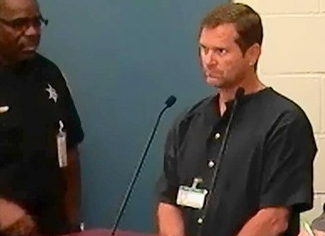 I can't help but wonder who will protect those who live in fear of him.


ORLANDO POLICE OFFICER DANNY SIDDERS WAS ARRESTED AGAIN FOR DOMESTIC VIOLENCE. HE STARTED PREPARING TO BOND OUT ON HOME CONFINEMENT, BUT HE ENDED UP IN FRONT OF A JUDGE AT THE JAIL AGAIN, FACING NEW CHARGES... SIDDERS CALLED A FELLOW OFFICER AND ASKED HIM TO REMOVE A GUN AND AMMUNITION FROM SIDDERS' APARTMENT... THE OFFICER WENT TO SIDDERS' APARTMENT, GOT THE GUN AND TURNED IT OVER TO ORLANDO POLICE AND REPORTED SIDDERS' REQUEST... [SIDDERS] BROKE INTO HIS GIRLFRIEND'S HOME, BEAT HER UP AND SPIT ON HER... HE WAS MARRIED TWICE BEFORE AND BOTH WIVES ACCUSED HIM OF DOMESTIC VIOLENCE... SIDDERS WAS INVESTIGATED FOLLOWING ACCUSATIONS THAT HE BATTERED HIS FIRST WIFE AND EVEN RAPED HER FOLLOWING THEIR SEPARATION... ORLANDO POLICE DID NOT INVESTIGATE ANY OF THE INCIDENTS, AND SIDDERS WAS NEVER DISCIPLINED FOR ANY OF THEM... 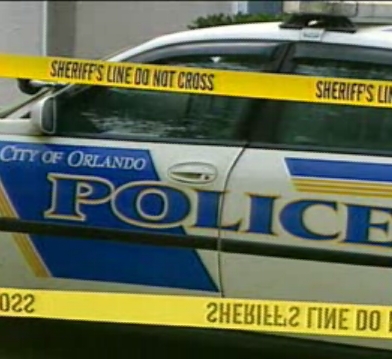 PREVIOUS POST:
[FL] Officer Sidders arrested by fellow officers after girlfriend with cuts and bruises reports him - The report states that when she went to bed, Sidders pulled her out of the bed and shoved her down the hallway and she hit the walls and doors. Officers stated the victim was bruised and cut...


From Video:
"...His own department says it caught him covering up that he had a gun in his apartment.. The alleged gun coverup has the jail reconsidering whether he's eligible for home confinement if bonds out... It appears up until now Sidders has sidestepped criminal consequences in spite of facing other accusations of domestic violence, including rape - made by another ex-wife, and an accusation of grand theft... He was investigated another six times here for other violations, was found to have committed all of them, was disciplined six times. He on paid leave, but he is still an Orlando police officer."

NO BOND YET FOR OPD OFFICER ACCUSED OF DOMESTIC VIOLENCE, WEAPON VIOLATION
WFTV.com
Monday, Nov. 12, 2012
[Excerpts] It's been six days, and jail officials are still trying to decide whether it's safe to allow an Orlando police officer charged with domestic violence to bond out of jail... Sidders is now facing a felony charge for evidence tampering, as well as misdemeanor charges for domestic violence and violating a court injunction. WFTV legal analyst Bill Sheaffer said he expects the gun issue to lead to a tighter rein on Sidders if he bonds out, such as GPS monitoring. “If he's released on bond, it needs to be a higher monetary bond, and there needs to be very restrictive conditions of release to ensure the safety of the citizens of this community,” said Sheaffer. Sidders is on paid leave, but he is still an Orlando police officer. [Full article here]

ORLANDO OFFICER ARRESTED AGAIN ON DOMESTIC VIOLENCE CHARGES
WFTV Orlando
Wednesday, Nov. 7, 2012
[Excerpts] An Orlando police officer was arrested for the second time this year on charges of domestic violence. Apopka police said they arrested Danny Sidders on a battery charge Tuesday morning after he broke into his girlfriend's home, beat her up and spit on her. Police said Sidders then got into an altercation with another person inside the home. Sidders was first arrested on battery charges back in January... Court records show he was married twice before and both wives accused him of domestic violence. The most recent wife even got an injunction after she said Sidders threatened to bury her. This is the seventh time Sidders has been investigated. Internal affairs documents show he was also investigated on accusations of sneaking into his ex-wife's home and punching her boyfriend. Orlando police suspended Sidders for a day because of that, and after his arrest in January, took him off the job again for a week. He also made news in 2009 after he said he was forced to shoot his police dog named Viper... [Full article here]

ORLANDO POLICE OFFICER ACCUSED OF DOMESTIC-VIOLENCE FACES NEW CHARGES: Officer Danny Sidders is now facing evidence tampering and firearm charges.
Orlando Sentinel
By Bianca Prieto
November 8, 2012
[Excerpts] Orlando police officer Danny Sidders, who was jailed earlier this week on a domestic violence battery charge, is facing evidence tampering and weapons charges for violating an earlier injunction. Officers were listening in when Sidders made a jailhouse phone call Tuesday night to his neighbor and asked the man to remove a handgun and ammunition from his pantry so a court-ordered inspection team would not find it and hinder his release from the Orange County Jail... An August domestic violence injunction filed by his ex-wife ordered Sidders not to possess any personal firearms... Sidders was initially jailed just after midnight Tuesday, accused of spitting in his girlfriend's face, grabbing her by her arms and slamming her against a wall. It was the second time Sidders was arrested this year on allegations of abusing the same woman. A judge ordered Sidders to be placed on home confinement upon release from the jail. The night of his most recent arrest Orlando Police Chief ordered Sidders be stripped of his police power and placed on paid leave until further notice... Earlier this year, he was ordered to go to a rehabilitation facility to deal with alcohol dependency for seven months. He returned to Orlando in August and days later began harassing his ex-wife... Sidders' ex-wife, whom he marred in 2003, separated from in 2009 and divorced in 2011, told the court their two young sons had witnessed their father physically abuse his girlfriend numerous times, often when he was drunk. Days after he returned from rehab in August, his ex-wife filed a domestic violence petition because Sidders called her and threatened to "bury both you and your mother." "Just because he has yet to give me a black eye does not mean he is not scaring me day in and day out," the woman wrote. "He is violent and has been for a long time"... Rooney cannot yet fire Sidders and must conduct an internal investigation and follow the state statutes and agreement with the Fraternal Order of Police... The earlier criminal charges against Sidders were dropped because the alleged victim failed to cooperate. An internal investigation found he violated a police policy and he was suspended for 40 hours without pay... [Full article here]

ORLANDO POLICE OFFICER ARRESTED AGAIN
WFTV
Friday, Nov. 9, 2012 5:57 p.m.
[Excerpts] Orlando police Officer Danny Sidders' troubles just keep getting deeper and deeper. Sidders was arrested again this week, accused of domestic violence. It happened as he started preparing to bond out on home confinement, but he ended up in front of a judge at the jail again, facing new charges. The new charges came about because officials say he violated a court injunction, ordered three months ago in another domestic violence case, which banned him from possessing a gun unless he was on duty for the Police Department. According to Orlando police, he not only violated that injunction, but he tried to cover it up so it wouldn't interfere with his home confinement... Sidders called fellow officer -- and asked him to remove a gun and ammunition from Sidders' apartment, before the home confinement inspection. WFTV's Kathi Belich learned that [the officer] went to Sidders' apartment, got the gun and turned it over to Orlando Police and reported Sidders' request. Now, Sidders might not get out of jail, and he's been relieved of duty with pay... Sidders was investigated by the Orange County Sheriff's Office after accusations of stealing from the city of Orlando... Sidders pocketed a $1,500 insurance check meant for the city of Orlando... Sidders was also investigated following accusations that he battered his first wife and even raped her following their separation. The reports show that the case was forwarded to the state Attorney's Office, but Sidders was not arrested. Orlando police did not investigate any of the incidents, and Sidders was never disciplined for any of them. Reports show that Sidders has been investigated by his department six times prior to the current investigation. [Full article here]
[police officer involved domestic violence oidv intimate partner violence ipv abuse repeat hx history teflon law enforcement public safety professionalism florida politics]
on 11/13/2012