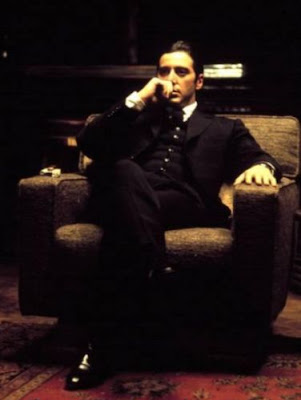 What do you do when the boss falls apart?

The portrait was a gift, the punch line of a private joke among Brame’s closest friends in the department who rose with him. It also was a sign of respect, perhaps even fear.

Before Brame reached the chief’s office in 2001 at the age of 42, he’d been a union boss, known even among detractors as a cool negotiator. Passive-aggressive charm was his specialty. As chief, he promoted favorites, exiled enemies and brooked no dissent.

What do you do when this particular boss falls apart?

On April 26, 2003, Brame fatally shot his wife, Crystal, then himself. The couple’s 8-year-old daughter and 5-year-old son were sitting a few feet away in their father’s car.

It ended with a $12.5 million legal settlement, policy reforms and a domestic violence center named for Crystal Judson.

But the scandal wasn’t about money or fraud or standard notions of public corruption.

It was about a boss who killed his wife and himself. It was personal: a human-resources nuke, a road map of wrong turns and bad decisions.

A public man brought his private life to work and snarled his subordinates in the awkward details of his failed marriage. The only leader with direct authority over Brame, City Manager Ray Corpuz, didn’t know what to do about it.

Brame campaigned for chief and rolled up supporters, including elected officials. His vetting was iffy. Odd gaps appeared in his references. Asterisks surrounded his 1981 hiring; Brame took three psychological evaluations before he was deemed eligible. Few knew or noticed.

Old rumors of his behavior included an allegation of sexual assault, deemed unproven after an internal investigation led to a he-said, she-said impasse. The stories, privately known, were publicly forgotten, denied by Brame himself, or dismissed as jealous dirt-sifting: lawsuit dust, standard stuff.

He was a player. Everyone knew it. He looked good — blonde, blue-eyed, smart, young and fit. He spoke fluent management with purring deference. Above all, he was local: a second-generation police commander, a sports star straight out of Lincoln High School.

His appointment ceremony — Jan. 17, 2002 — was a pageant, unlike others before and after: the hometown boy, crowned next to his beautiful wife, Crystal, and their two children. Department wolves called it “The Coronation.”

Meanwhile, his marriage collapsed. On Feb. 24, 2003, barely a year after the coronation, Crystal filed for divorce, citing a long history of domestic abuse.

For the next two months, Brame was an untouchable shipwreck. He sank while everyone around him watched.

Over and over, in thousands of pages of investigative records and court testimony, the theme resurfaced. At work, Brame talked of his crumbling marriage to anyone who would listen, from assistant chiefs and captains to his administrative assistant.

Always, he claimed to be an abused man, painting Crystal as an unstable spouse bent on destroying his career. Department duties fell by the wayside. His three assistant chiefs picked up the slack (“baby-sitting” was the internal description).

At work, he never stopped  talking of home. His administrative assistant, Jeanette Blackwell, described the numbing routine to investigators.

The boss was the one going crazy, but the boss also happened to be ruthless, and subordinates knew it. They couldn’t go over his head — there was no other head but Corpuz, who hired Brame.

Old records, including sworn statements from Corpuz, show he had no shortage of information. He heard the stories again and again.

Two weeks before the shootings, Crystal complained of intimidation and death threats by her husband. She called 911 after a weekend transfer of the couple’s two children turned ugly; Brame brought Assistant Chief Catherine Woodard along for the exchange, enraging Crystal and her family.

A group of officers learned of the incident and anonymously sent a note to Corpuz, seeking an investigation and underlining a perceived double standard: one set of rules for the boss, another for everyone else. Police commanders also felt the incident warranted investigation. Corpuz declined to act, saying he wouldn’t respond to anonymous complaints.

Woodard told Corpuz of the alleged death threats and twice asked the city manager to do something about the troubled chief, according to records. Again, Corpuz did not act. Reportedly, Brame spoke to the city manager frequently about his divorce. Corpuz told him to focus on work.

Days before the shooting, as word of Brame’s divorce and allegations of domestic abuse became public, Corpuz said the chief’s divorce was a civil matter, and declined to take action.

April 24, 2003, was Crystal’s birthday. She turned 35. That night, Brame called her from Las Vegas, where he was attending a labor-management seminar.

“I have a really big birthday gift for you,” he said. “But you’ll have to wait until I get home, because I have to give it to you in person.”

On April 25, the day before the shootings, news stories surfaced about the chief’s divorce. Leaders of the city’s Human Resources Department met with city attorneys and discussed Brame’s situation.

“I’m not interested in investigating any civil proceedings that he is going though at this time,” Corpuz said that day. “There haven’t been any discussions (about an investigation) or complaints from within the department.”

That night, Brame returned from Las Vegas. Lt. Bob Sheehan, a longtime ally of Brame’s, picked up the chief at the airport. On the way home, Brame returned to his favorite subject: his divorce.

Sheehan dropped the chief off and called Corpuz.

“This babying of Brame needs to stop,” Sheehan said, adding that if Corpuz wouldn’t do something, he would.

“That’s fine,” he recalled Corpuz saying. “Somebody needs to do that.”

The shootings came the next day. As the news spread across the city, police spokesman Jim Mattheis drove Corpuz to the crime scene: a drugstore parking lot in Gig Harbor, where the chief fired the fatal shots.

In a 2003 interview, Mattheis recalled Corpuz asking a question: