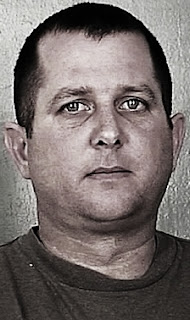 FROM PREVIOUSLY ON THE BLOG

February 26, 2010
[VA] Ex-Officer Miner, now acquitted both of raping one date and attempting to defile another date, wants his job back
In one case [Newport News Police Officer Christopher "Chris"] Miner had been accused of raping a woman and forcing her to commit sodomy. In another, he was accused of abducting a woman with the intent to defile... Officer Christopher E. Miner "grabbed her around the throat with his left hand and forced her back onto the bed," according to a criminal complaint filed in Newport News General District Court... Miner had had previous sexual relationships with both women... A  jury acquitted him on abduction and sex charges... Miner, was looking at 20 years to life on abduction and sex charges.
[Thank you for saying that I'm courageous...although it doesn't feel that way. Ive been through hell and he got his job back...did I mention with back pay?? I am technically victim #1... Im a single mom...how safe do you think I feel??]

HIS NEW INCIDENT AND ARREST

NEWPORT NEWS OFFICER CHARGED WITH INDECENT EXPOSURE PREVIOUSLY ACQUITTED IN TWO SEPARATE SEX CRIME CASES
wtkr.com
by Doris Taylor
April 8, 2013
[Excerpts] A Newport News police officer has been charged with indecent exposure and obscene sexual display after a witness told police he was standing on his front porch naked and masturbating over the weekend. Court files say other neighbors also called police... When officers arrived on the scene, an officer saw the naked man shut the front door. The naked officer has been identified as 41-year-old Christopher E. Roush... NewsChannel 3 has also learned that Christopher Roush was formerly Christopher Miner.  He legally changed his name in December of 2012. Christopher Miner had been on paid administrative leave from January 2009 until December 2009 when the department fired him. He returned to the Newport News Police Department in March 2010. The police chief reinstated Miner after he was acquitted in two separate sex crime cases.That happened in January and February of 2010. Two separate witnesses say Miner tied them up and sexually assaulted them, but juries in both cases delivered not-guilty verdicts. NewsChannel 3 has also discovered that in Newport News Circuit Court there’s no record of either trial. They’ve all vanished. This is known to happen when individuals get their past criminal history expunged... [Full article here]

NEWPORT NEWS OFFICER CHARGED WITH INDECENT EXPOSURE
The Virginian-Pilot
By Cindy Clayton
April 8, 2013
[Excerpts] A police officer was charged Sunday with indecent exposure, according to a police spokesman. About 9:15 a.m. Sunday, officers were sent to the 700 block of Harpersville Road on a report of a man exposing himself, police wrote in a news release. When they arrived, they talked to witnesses who told them a nude man had been standing on the porch. When one of the officers approached the home, a nude man shut the front door... Police notified the department’s Special Victims Unit and obtained arrest warrants. They charged Christopher E. Roush, 41, of the same address, with two counts of indecent exposure and one count of obscene sexual display, the release says. Roush, a master police officer, was released on his signature and is scheduled to appear in General District Court on April 24... This is not the first time the officer has faced charges in Newport News. A police spokesman confirmed that Roush changed his name in the last year from Christopher E. Miner. In January 2009, Miner was charged with abduction... A month later he was charged with rape, abduction with the intent to defile and forcible sodomy... [Full article here]