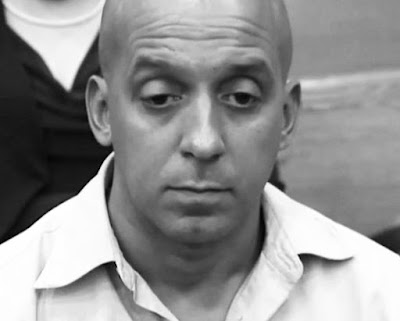 Miami-Dade Police Officer Raymond Emilio Rosario was caught on school security camera pulling his daughter's hair, whipping her with a belt, and hitting her in the face. School office employees did not intervene, one saying she was pregnant and feared for her unborn baby. Rosario is charged with child abuse, suspended with pay from the Miami-Dade Police Department, and ordered to stay away from his daughter and ex-wife until at least his next hearing, which is scheduled for Aug. 13. 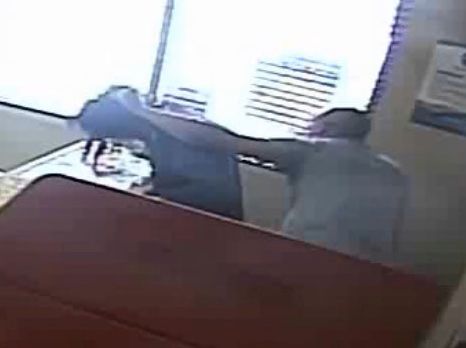 ...If the plea agreement avoids a criminal conviction on his record, he possibly could return to work....
A COP'S DAUGHTER GOT IN TROUBLE AT SCHOOL. BUT HE'S THE ONE WHO ENDED UP BEHIND BARS.
Updated April 04, 2018
[Excerpts] When Miami-Dade police officer Raymond Rosario got a call that his 14-year-old daughter "disrespected her teacher," Rosario headed to the school and asked that the teen be sent to the main office... he "slapped the victim in the face, grabbed the victim's hair, and hit the victim with a belt on her legs," police said. Rosario surrendered to police Monday and was booked into Turner Guilford Knight Correctional Center, according to an arrest report. He faces a charge of child abuse... [Full article here]


NEW VIDEO HAS SURFACED OF A MIAMI-DADE POLICE OFFICER BEATING UP HIS 14-YEAR-OLD DAUGHTER INSIDE PINECREST COVE PREPARATORY ACADEMY'S MAIN OFFICE
Updated May 14, 2018
[Excerpts] New video has surfaced of [Miami-Dade police officer Raymond Rosario] beating up his 14-year-old daughter inside her school's main office... The silent footage shows Rosario slapping the girl across the face, aggressively pulling her by the hair and whipping her with a belt on her legs as school employees sit a few feet away... [Full article here]

VIDEO SHOWS NOBODY STOPPING POLICE OFFICER FROM BEATING DAUGHTER AT SCHOOL
May 10, 2018
[Excerpts] ...Susie Dopico, the Pinecrest Cove Preparatory Academy principal, didn't explain why the school employees didn't intervene, or why one of them appeared to have a smirk on her face. They eventually reported the incident to the Florida Department of Children and Families. [Miami-Dade police officer Raymond Emilio] Rosario, who has a position at the airport, surrendered to authorities for child abuse with no great bodily harm... The Miami-Dade Police Department suspended Rosario with pay. [Full article here]

HEARING RESET FOR MIAMI-DADE COP CHARGED WITH CHILD ABUSE
May 11, 2018 at 6:15 pm
[Excerpts] ...The video shows two women in the office during the incident who failed to intervene on the girl’s behalf. The school released a statement that referred only to one witness to the incident, although the security video shows two women in the office at the time. This statement was released through Academica, the charter school’s management company: “The school followed procedure in response to the unfortunate incident which occurred in the office. The witness reported the incident to administration as soon as the parent left the premises and the school immediately reported it to the Department of Children and Families who contacted law enforcement. The school is continuing to investigate the incident and protocol. The parent, who is a police officer and who often visited the school in uniform, surrendered himself to authorities. The person witnessing the act is an expectant mother who was unsure if the parent had a weapon. She says that at the time she feared for the safety of the victim as well as that of her unborn child”... His plea hearing has now been set for May 15th. Rosario, a 24-year veteran, has been suspended with pay since his arrest. If the plea agreement avoids a criminal conviction on his record, he possibly could return to work. [Full article here]

JUDGE ORDERS MIAMI-DADE POLICE OFFICER TO STAY AWAY FROM DAUGHTER HE'S ACCUSED OF ABUSING
May 15, 2018
[Excerpts] A Miami-Dade police officer who was captured on surveillance video beating his 14-year-old daughter at school appeared in court Tuesday, where a judge [Lisa Walsh] told him to stay away from his daughter and her mother. "What happened was that the judge issued a stay-away order between my client, Mr. Rosario, and his ex-wife and his daughter. That is standard in these types of cases whenever there's any type of allegation of abuse or any type of violence or so forth," defense attorney Eric Padron said. The judge told Officer Raymond Emilio Rosario that he is not to have any contact with his daughter or his ex-wife in person or via phone, text message, email or through a third party... According to an arrest report, the video shows him striking his daughter in the face, grabbing her by the hair and hitting the back of her legs with a belt as two employees sat aside doing nothing to stop the officer. Susie Dopico, the principal of Pinecrest Cove Preparatory Academy, didn't explain why the school employees didn't intervene or why one of them appeared to have a smirk on her face. They eventually reported the incident to the Florida Department of Children and Families... "He just wants to resolve this issue as quickly as possible," Padron said... His next court hearing is scheduled for Aug. 13. [Full article here]
[police officer involved domestic violence oidv intimate partner violence ipv abuse law enforcement public safety child abuse miami dade police florida state politics childrenn teens family restraining protection stay away order]