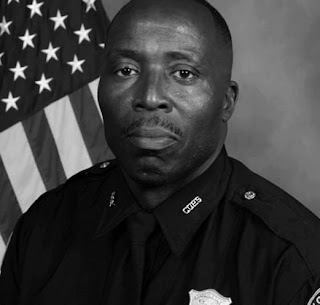 ATLANTA OFFICER SHOT, KILLED BY WIFE IN GEORGIA HOME, POLICE SAY
February 20, 2020
[Excerpt] The Atlanta Police Department is mourning one of its own. Police in Riverdale, Georgia, say Stanley Lawrence, 58, was shot and killed by his wife, Tammare Lawrence, 49, at their home along Oak Valley Drive early this morning. Police have charged Tammare Lawrence with felony murder and aggravated assault. She remains in the Clayton County Jail... [Full article here] 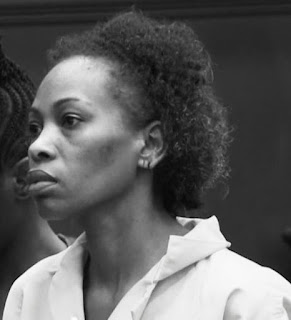 WIFE OF SLAIN ATLANTA POLICE OFFICER APPEARS IN COURT CHARGED WITH HIS MURDER
Feb 20, 2020
[Excerpts] The wife of a murdered Atlanta police officer appeared before a Clayton County judge Thursday morning, accused of shooting her husband to death. Tammare Lawrence, 49, said nothing during the formal reading of the charges she faces – felony murder and aggravated assault with a deadly weapon... Tammare Lawrence is accused in the murder of her husband, 58-year-old veteran police officer Stanley Lawrence who had worked for the Atlanta Police Department since 1990. He was found dead Wednesday morning in his home on Oak Valley Drive in Riverdale... Tammare Lawrence had no attorney representing her at the hearing, so Judge Smith said she would appoint one for her before her next appearance March 13. The defendant’s family members left the courthouse declining to speak with reporters but insisting that she’s innocent. [Full article here]

WIFE OF BELOVED ATLANTA POLICE OFFICER MAKES FIRST APPEARANCE CHARGED WITH HIS MURDER
February 20
[Excerpts] ...Riverdale police say Tammare Lawrence shot and killed her husband, Atlanta Police Officer Stanley Lawrence as the 58-year-old sat on the living room couch early Wednesday morning... it was Mrs. Lawrence who dialed 911, clearly distraught. "I need an ambulance right now, (crying)," the recording revealed. When officers arrived they say the wife and mother was on her knees and crying. When investigators asked her what happened she would not tell them. "I can't say," a police report indicated. When authorities pressed the 49-year-old again, the wife and mother requested a lawyer before talking to the police... The veteran officer's slaying has left his law enforcement colleagues and friends stunned. "He was a giant of a man, 6-feet-8-inches, just so gentle, so heartwarming, everybody that I knew loved him, especially the kids," Atlanta Police Deputy Chief Terrell Griffin commented... The judge told Mrs. Lawrence she would be held on no bond. Her primary hearing on the murder and aggravated assault charges was set for March 13. https://www.fox5atlanta.com/news/wife-of-beloved-atlanta-police-officer-makes-first-appearance-charged-with-his-murder
[police officer involved domestic violence oidv intimate partner violence ipv abuse law enforcement public safety lethal fatality fatalities murder georgia state politics female perp Magistrate Judge Salvia Smith Clayton County]
on 3/03/2020