(I could not find the wife's name or photo anywhere.)
From:The Daily Journal (Fergus Falls, MN), 19 March 1960:
Little Rock Police Chief Eugene Smith and his wife were found shot to death in their home here today. The bodies of Smith, a central figure in the Little Rock integration controversy, and his wife were found by a neighbor in the kitchen. A pistol was found near the bodies... 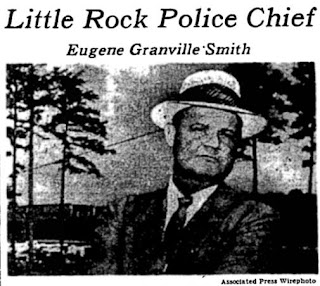