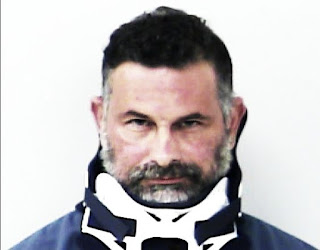 Port St. Lucie police officer Robert Loupe and his wife, Kelly Harris were arrested on misdemeanor battery/domestic violence charges and booked at the St. Lucie County Jail on June 9th, 2020. Deputies couldn’t determine a primary aggressor and took both to jail on misdemeanor battery charges. "She said he threw a glass wine bottle at her. She said Loupe threw her against a wall after grabbing and ripping her shirt... Loupe said he grabbed Harris’s hand as she poured the medication down the drain. He said as he did that, a wine glass on the counter broke. Loupe said his wife pushed him, and as he tried to leave, she kicked him. Deputies reported there were no witnesses and they couldn’t determine a primary aggressor. Officer Loupe has been placed on unpaid administrative leave and released on his own recognizance pending the outcome of the investigation. No mention of safeguards to protect them from further fighting or danger. The next day the charges against both of them were dropped because the prosecutor also said they were unable to determine the aggressor.  [Full article here]
[police officer involved domestic violence oidv intimate partner violence ipv abuse law enforcement public safety florida state politics]
on 6/23/2020