[TX] SAPD DET. KEITH GOT JOB BACK AFTER TERRORISTIC THREATENING OF MISTRESS 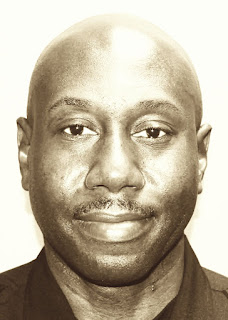 ARTICLE EXCERPTS:
'CHOKE THE LIFE OUT OF YOU': SAPD DETECTIVE FIRED AFTER THREATENING EX - Detective Emmanuel Keith Jr. suspended indefinitely June 12
July 12, 2019
[Excerpts] A 25-year veteran of the San Antonio Police Department was fired after an investigation revealed he threatened to kill his estranged girlfriend... Detective Emmanuel Keith Jr. was handed his indefinite suspension June 12... On May 18, 2018, police said, Keith's ex-girlfriend received text messages that read, "I'm so freaking pist. I'm going to end you. Dead (expletive) soon. Die (expletive) die." Shortly after, police said Keith left voicemails saying, "Your whole world is going to blow apart. I could just string you up and shake the life out of you. I could really choke the life out of you." The woman reported Keith to SAPD's Special Victims Unit and provided the messages and voicemails to his fellow detectives. While the woman decided not to pursue her complaint, the Police Department declared Keith's actions violated its rules and regulation... When asked by the KSAT Defenders why Keith was never arrested, SAPD released the following statement: "The case was investigated and the findings were submitted to the District Attorney’s Office." - San Antonio Police Department... [Full article here]

'I'M GOING TO END YOU' - DETECTIVE THREATENED EX-GIRLFRIEND, SUSPENDED INDEFINITELY, POLICE SAY
July 23, 2019
Facebook Twitter
[Excerpts] ...[San Antonio Police Detective Emmanuel] Keith is one of six officers suspended in June. He has been with SAPD since 1994. In his time with the force, Keith has been involved with at least three officer-involved shootings.nIn 2001, Keith was placed on administrative leave after shooting a burglary suspect who allegedly lunged at him with a large screwdriver. In 2008, Keith shot and killed a suspect who was armed with a knife. According to a preliminary report, Keith feared for his partner's life after multiple attempts to subdue the suspect failed. In 2010, Keith and his rookie partner were placed on administrative leave after fatally shooting a suspected car thief. [Full article here]

FIRED SAPD DETECTIVE FIGHTS FOR HIS JOB, NEW RECORDS REVEAL THREATENING VOICEMAILS LEFT TO MISTRESS
November 7, 2019
[Excerpts]  A San Antonio police detective who was fired in June after he sent threatening voicemails to his mistress is now fighting to get his job back... The two first began having an affair in 2006, when the woman and Emanuel — who are both married — met while waiting for dry cleaning... In 2014, Keith and the woman decided to live together. The woman left her husband, but Keith stayed with his wife, she told investigators, leading to a strain in their relationship. “Keith was the (dominant) one in the relationship and he controlled me for several years,” she told investigators. “I would have to let him know what I was doing or he would get upset, which would lead to forceful consensual sex.” Keith’s girlfriend eventually notified Keith’s wife of the affair in 2014... The revelation led Keith and the mistress to break up for about a year, but the two started seeing each other again in 2015. After another breakup in May 2018, things grew more tense between the pair. The woman told police that Keith called her about 10 times one morning that month and sent threatening text messages. “Why are you harassing me and (redacted)? This is the end for you. You’re going to die b—ch,” one of the messages read, according to the records. It was then that Keith also left two threatening voicemails. “I’m sick and tired of you,” Keith said. “I could choke the life out of you right now. Stop. This is the last warning.” Keith did not deny leaving the threatening messages, according to the records. “I was upset but I did not genuinely mean the words in the messages I left for her,” Keith wrote in a response to the allegations. “I was attempting to scare her to leave me alone. That was all”... Detectives submitted the case to the Bexar County District Attorney’s Office in July 2018, but the case was rejected in April 2019. Although criminal charges weren’t filed, it was deemed that Keith’s conduct warranted the indefinite suspension... [Full article here]

SAN ANTONIO POLICE DETECTIVE FIRED FOR THREATENING TO KILL HIS SIDE CHICK WINS JOB BACK
Feb 28, 2020
A San Antonio police detective fired last summer for threatening to kill his girlfriend has won his job back. Though Detective Emanuel Keith was fired last June, that penalty was reduced to a 90-day suspension after his termination was overturned in arbitration, SAPD confirmed... The department said it will begin the process for Keith to return to duty... Although Keith didn't deny leaving the messages, he said the threats weren't real. "I was upset but I did not genuinely mean the words in the messages I left for her," Keith wrote during the investigation. "I was attempting to scare her to leave me alone"... [Full article here]
[police officer involved domestic violence oidv intimate partner violence ipv abuse law enforcement public safety lethal terroristic threatening texas state politics]
on 7/17/2020