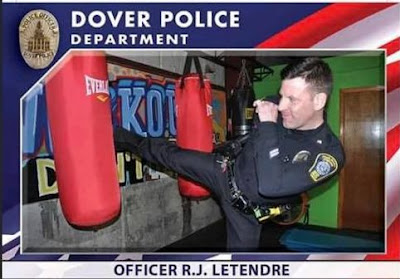 Dover Police Officer Robert "R.J." Letendre
and MMA fighter
Sarah Warren Letendre
"My husband, who is a Dover police officer and former MMA fighter, broke 4 of my ribs on Saturday...I was arrested." (On Facebook here

MEDICAL RECORDS CONFIRM FRACTURED RIBS OF OFFICER’S WIFE CHARGED BY POLICE
Jul 15, 2020
[Excerpts] Sarah Letendre suffered fracture to “multiple ribs,” according to a copy of her discharge papers from Wentworth-Douglass Hospital. Rollinsford police arrested Letendre, 34, late Friday night and charged her with domestic violence simple assault and other charges after she allegedly assaulted her husband, a Dover police officer. But Letendre and her family say the Dover police officer, who is a former mixed martial arts fighter, was the aggressor during the incident and fractured her ribs. They provided the discharge papers to Foster’s Daily Democrat as proof of their claims. Rollinsford police took her to the hospital following her arrest. The reason for the visit is listed as “psychological evaluation” but the diagnosis states: “Closed fracture of multiple ribs of left side, initial encounter.” The Dover officer has not been charged in connection with the incident. The incident has created a firestorm on social media, with more than 500 people posting #justiceforsarah on the Dover Police Department’s Facebook page. There are also at least two protests being planned in support of the 34-year-old mother of two, according to Facebook posts... In addition to being arrested and suffering fractured ribs, Letendre has at least temporarily lost primary custody of her two young children...  [Full article here] 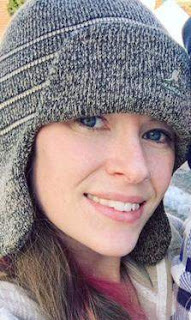 GOFUNDME
Legal Help for Sarah Warren Letendre
"...My sister, Sarah Warren Letendre, is married to a Dover NH police officer, who is also a former MMA fighter. He recently put her in the hospital with 4 broken ribs during a domestic assault. He has abused his power as a police officer in order to have her charged with assault in that incident, and he has used his influence the get the Rollinsford NH police department (where they live) to bring a whole host of charges against her. He is attempting to make her look like the aggressor in order to hide his current and past abuse. He has also threatened that he will make it so she can never see her two kids again..." [Full text here] 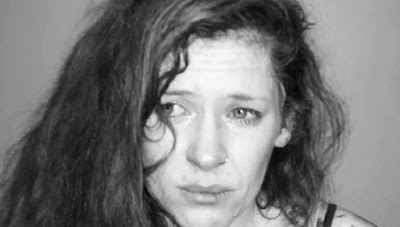 CHARGES AGAINST DOVER OFFICER’S WIFE DISPUTED
Jul 14, 2020
[Excerpts] The Dover Police Department announced it is conducting an “internal investigation” into the conduct of one of its officers in connection with an incident at his Rollinsford home late Friday night. Rollinsford police arrested Sarah Letendre, 34, and charged her with domestic violence simple assault, obstructing report of crime and resisting arrest. Her husband is a Dover police officer... But in a Facebook post, Sarah Letendre claimed her husband, “who is a Dover police officer and former MMA (mixed martial arts) fighter, broke four of my ribs” during the incident. “I was arrested,” she added in the Facebook post... Sarah Letendre’s sister, Jess Newman, started a GoFundMe online fundraising page for her little sister, which had raised more than $8,000 for her sister’s legal defense by Tuesday evening. During an interview Tuesday, Newman described her sister as a “great mother” who’s “heartbroken because she can’t see her kids”... Asked about Sarah Letendre’s claims that her husband broke four of her ribs, Ducharme said, “All I can confirm is she went to the hospital and was evaluated”... The Dover police officer’s name is not published in this story because it is alleged he is the victim of domestic violence and he has not been charged with a crime. [Full article here] 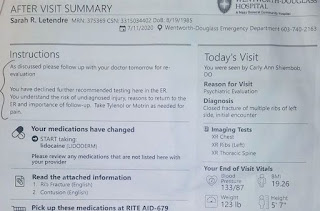 WIFE FILES ABUSE COMPLAINT AGAINST DOVER OFFICER
Jul 16, 2020
[Excerpts] The wife of a Dover police officer claims her husband assaulted her on several occasions during the past two years, threatened her and said he would take their two young children away from her. Sarah Letendre, 34, states in a domestic violence petition that her husband, R.J. Letendre's "demeanor and threats during arguments have become increasingly aggressive." "He regularly makes verbally abusive and derogatory statements to me, including in front of our children," Sarah Letendre stated in the petition filed Tuesday in the Third Circuit Family Court in Ossipee. "He threatens to use his status as a police officer to arrest me. He threatens to kick me out of the house, saying that I don't own the home so he can have the police remove me. He threatens emergency orders against me and to take our children away. Recently those threats are more frequent." She detailed in court papers a number of times her husband allegedly assaulted her, dating back to January 2018... Sarah Letendre and her family say R.J. Letendre, who is a former mixed martial arts fighter, was the aggressor during last weekend's incident and fractured her ribs... The diagnosis states: "Closed fracture of multiple ribs of left side, initial encounter"... Sarah Letendre said an altercation started when she reached for her husband's phone after they put their kids to bed Friday night, according to court papers. Her phone was in the car. "R.J. put me in a hold and dropped me to the ground. The left side of my head was dropped into a dog bowl. I tried to get free from his hold and he knelt hard on my sternum... R.J. knelt down and then forcefully fell with his elbow into my left ribcage. I heard and felt a crack and cried out in pain. I struggled to breathe and then heard the voice of a man who must have come in through our door," Sarah Letendre said in court papers. "It was a neighbor. He said, 'Sorry man, but you are going to jail.' R.J. replied, 'No I'm not, I'm an off-duty police officer"... In her domestic violence petition, Sarah Letendre also detailed other times her husband allegedly assaulted her... [Full article here] 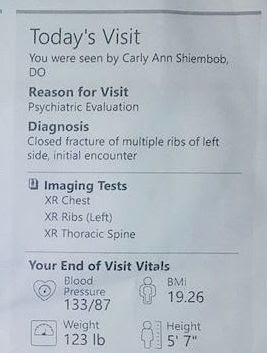 ADVOCATE: DOVER POLICE SHOULDN’T PROBE OWN OFFICER IN DOMESTIC VIOLENCE CASE
Jul 17, 2020
[Excerpts] The public affairs director for the New Hampshire Coalition Against Domestic and Sexual Violence believes there should be an independent investigation into the assault allegations made against a Dover police officer by his wife. “I think there’s a really strong call, not only in this case but in cases we’ve seen throughout the state, to ensure there are autonomous and independent investigations in cases where there is any alleged misconduct by police,” Amanda Grady Sexton said Friday... Rollinsford police arrested Sarah Letendre late on Friday, July 10 and charged her with domestic violence simple assault and other charges, alleging she assaulted her husband. But she suffered multiple fractured ribs during the incident... Sarah Letendre and her family say her husband [Dover Police Officer Rober "R.J." Letendre], who is also a former mixed martial arts fighter, was the aggressor... Dover City Manager Michael Joyal issued a statement Friday in connection with the case. He said the officer involved, R.J. Letendre, “remains on paid leave at this time” and noted the police department is conducting an internal investigation into his conduct. In Joyal’s statement, he also said, “the internal investigation initiated by the police chief is being undertaken in accordance with established department policy and is consistent with law enforcement best practice as well as the police department’s own well established and nationally accredited personnel procedures.” “I have complete confidence that the chief will ensure that the internal investigation will seek to ascertain the facts from all involved”... He said he doesn’t know if the internal investigation will be released, saying that depends on what is allowed under the state’s Right to Know law... State Rep. Sherry Frost, D-Dover, agreed with Grady Sexton’s assertion there should “absolutely be an independent investigation into the case.” “Police should not be investigating themselves,” she said Friday. One of Sarah Letendre’s attorneys on Friday filed a request to reimpose a protective order against R.J. Letendre. Her attorney, Michelle Wangerin, said her client was assaulted last weekend “after enduring months of escalating violence” by R.J. Letendre. After he allegedly assaulted his wife, he then “worked with the Rollinsford Police Department to initiate and pursue criminal charges” against her, Wangerin stated in the motion. Dover District Court issued a protection order at the beginning of the week against Sarah Letendre at around the same time the Ossipee District Court issued a protection order against R.J. Letendre, according to court papers. The Ossipee Court then later rescinded its temporary protection order against R.J. Letendre because of the two conflicting orders. Wangerin’s motion asks the court to reinstate the protective order against R.J. Letendre. “A review of the underlying facts in the parties’ respective domestic violence petitions would lead a reasonable factfinder to conclude that Mr. Letendre was the predominant aggressor and that Ms. Letendre’s injuries far exceeded any injuries alleged by her husband,” Wangerin said in the motion... [Full article here] 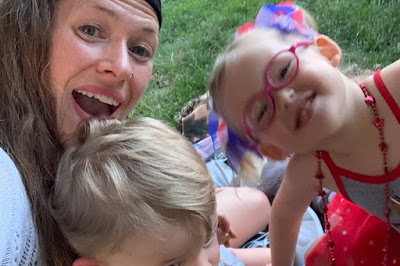 DOVER CITY MANAGER STATES CONFIDENCE IN POLICE CHIEF’S PROBE OF OFFICER ACCUSED OF DOMESTIC VIOLENCE
Jul 17, 2020
Dover City Manager Michael Joyal released a statement...
"In following up on reports of a domestic violence incident past weekend occuring in the Town of Rollinsford, New Hampshire, in which an off-duty Dover police officer is alleged to be the victim of an assault by their spouse, the Dover Police Chief has directed and a separate internal investigation is ongoing to ascertain any and all facts from those involved pertaining to the officer’s conduct. The involved police officer remains on paid leave at this time... The internal investigation initiated by the Police Chief is being undertaken in accordance with established department policy and is consistent with law enforcement best practice as well as the Police Department’s own well established and nationally accredited personnel procedures. I have complete confidence that the Chief will ensure that the internal investigation will seek to ascertain the facts from all involved... Lastly, please keep in mind that due to the on-going nature of the criminal investigations being conducted by agencies independent of the Dover Police Department, there are likely many details that are unable to be released at this time. Speculation and unsubstantiated assertions freely made via social media and without a complete view of the information and facts presented by all parties is not sufficient for making an accurate, fair and just determination. Ultimately, Chief Breault and the Dover Police Department have a long standing and demonstrated zero tolerance approach to both domestic violence and employee misconduct..."
~ J. Michael Joyal, Jr.
City Manager
[Full statement here]
[Dover Police Officer R.J. Letendre police officer involved domestic violence oidv intimate partner violence ipv abuse law enforcement public safety false accusation falsely accused female perp new hampshire state politics brave fighting back standing up vocal]