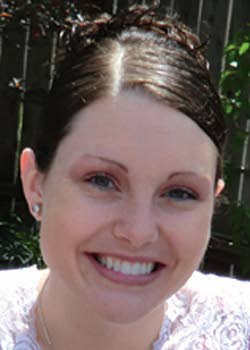 Beth Marie Irby-Thomas
...She took great pride in her job as a corrections officer for the Nez Perce County Sheriff's department and later doing PSR and case management for local counseling agencies. Her next career goal was to earn her Master of Social Work...The two most important people in Beth's life - her sons, Joey and Joshua...


WHO KNEW WHAT WHEN?
...officers had responded to disputes between the couple for the past couple years... 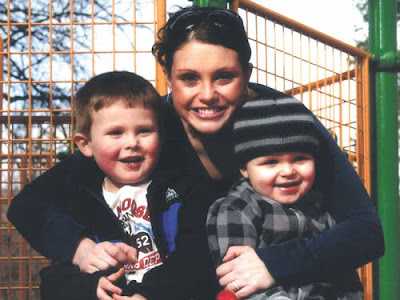 IN THE DISTRICT COURT OF THE SECOND JUDICIAL DISTRICT OF THE STATE OF IDAHO, IN AND FOR THE COUNTY OF NEZ PERCE

That the Defendant JOSEPH A. THOMAS JR., on or about the 1st day of May 2011, in the County of Nez Perce, state of Idaho, did willfully, unlawfully, deliberately, with premeditation, and with malice aforethought kill and murder BETH IRBY-THOMAS, a human being, by strangulation and/or asphyxiation from which she died... [LINK] 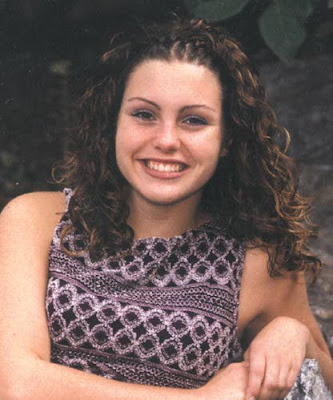 FORMER NEZ PERCE CO. SHERIFF'S DEPUTY ARRESTED ON MURDER CHARGE
KLEW
Published: May 1, 2011
Updated: May 2, 2011
[Excerpts] Lewiston Police say the death of a Lewiston woman was a homicide and that her husband is under arrest for the crime. Police responded to 310 8th Ave. at around 1. a.m Sunday morning. There, they said they found Beth Irby-Thomas, 28, and her ex-husband Joseph A. Thomas. Irby-Thomas was lying on the floor, unconscious. CPR was performed by Lewiston Police officers and Lewiston Fire Dept. medics. She was transported to St. Joseph Regional Medical Center where she was pronounced dead... Thomas, 37, a former Nez Perce Co. Sheriff's deputy, was arrested at the scene without incident and booked into the Nez Perce County Jail on one count of first degree murder. Police say the couple's two small children were removed from the residence and placed with family members. It's believed they were sleeping in another room during the incident... Thomas had been working for Nez Perce Tribal Police when he was hired as a deputy in 2006. They said he was terminated in 2010 based on performance. [Full article here]

JOSEPH THOMAS CRIMINAL COMPLAINT FILED
Lewiston Tribune
by brad
02 May 2011
[Excerpts]
A Lewiston woman killed inside of her home early Sunday is believed to have died of strangulation, police said today... Irby-Thomas’ ex-husband, Joseph A. Thomas Jr., has been arrested in connection with his ex-wife’s death. Thomas, 37, is charged with one count of first-degree murder alleging strangulation and/or asphyxiation... Thomas is being held in the Nez Perce County Jail without bond. A preliminary hearing is scheduled for May 11... [Full article here]

POLICE BELIEVE WOMAN DIED OF STRANGULATION
Lewiston Tribune Breaking News
May 2, 2011
[Excerpts] ...Police responded to the home after a third-party report that Thomas' ex-husband, Joseph A. Thomas, had just left another residence after allegedly making statements about the death of his ex-wife, Lewiston Police Capt. Roger Lanier said in a statement. Joseph Thomas, 37, was at his ex-wife's home when officers arrived, and arrested on first-degree murder charges after an interview with Lewiston investigators at the police department... He made his initial appearance in court today via a video conference from the jail... Detectives are continuing to conduct interviews and doing searches as part of their investigation into Beth Thomas' death. An autopsy is scheduled for today, but Lanier said results are not expected for several day S... Sheriff Dale Buttrey said Sunday he is being held in a segregated part of the jail... [Full article here]

EX DEPUTY HELD WITHOUT BOND ON MURDER CHARGE
klewtv.com
By Zach Whitney
May 4, 2011
[Excerpts] ... According to a probable cause affidavit, a 911 call came in from Thomas' friend, Guy Arnzen early Sunday morning, that Thomas said he had killed his ex-wife and as Arnzen was calling police, Thomas told him not to. When officers arrived at 310 8th Avenue, Thomas was at the home and officers found Irby-Thomas' body inside under a pile of blankets and pillows. Police say Thomas told them he and Irby-Thomas had been talking Saturday evening, and that when he left the house, she was alive... [Captain Roger] Lanier said officers had responded to disputes between the couple for the past couple years... Thomas will be back in court for a preliminary hearing next week. [Full article here]

BETH MARIE IRBY-THOMAS, 28, LEWISTON
Lewiston Tribune
May 5th, 2011
[Excerpts] Beth Marie Irby-Thomas, our beautiful girl, was taken from us tragically Sunday, May 1, 2011. She was 28... Beth approached every job she ever had with the hope of helping others. She took great pride in her job as a corrections officer for the Nez Perce County Sheriff's department and later doing PSR and case management for local counseling agencies. Her next career goal was to earn her Master of Social Work... The two most important people in Beth's life arrived on June 10, 2007, and Dec. 3, 2008. Her sons, Joey and Joshua, were her everything. She was a dedicated mother who did all she could for them. As one family member put it, "She lived and breathed those boys" ... Beth is survived by her sons... as well as her parents... Beth also leaves behind her grandparents... as well as great-grandparents... An account to help pay for the care of Beth's boys has been established in her name at Potlatch Credit Union. The family asks that memorial donations be made there or to the YWCA domestic violence shelter. We miss you and love you, Bethy. [Full death notice here]
[police officer involved domestic violence oidv intimate partner violence ipv abuse law enforcement public safety cop on cop fatality fatalities murder idaho state politics]
on 5/07/2011