[OK] Police Chief Lee is a dv victim but is that clear cut? 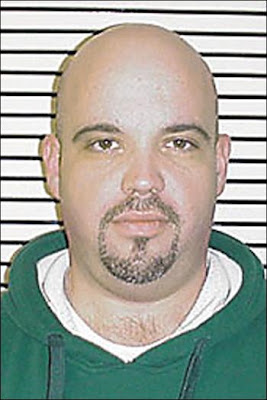 ...[Dustin] Chancellor said he found Lee in the police department with another [law enforcement officer] male... Chancellor stated "I'll tell you what's going on, [Okay Police Chief] Ron Lee and I was in a relationship"... Both men told deputies they didn't want to file charges, but Lee was told to leave and not return... both men had minor cuts... The report listed Lee as being angry, hysterical and threatening. The report said Chancellor appeared fearful, nervous and afraid... They described the fight as including destroying property, throwing objects, physical violence, threats and physical violence, kicking, slapping, pushing, shoving, and emotional and mental abuse...

ASSAULT CASE IN POLICE CHIEF'S 'RELATIONSHIP' PUT ON HOLD FOR TREATMENT
Tahlequah Daily Press, OK
By Bob Gibbins
October 31, 2008
The assault case of an Oklahoma City man was rescheduled for next month as he continues treatment, records indicate. Dustin Ray Chancellor, 25, was on Special District Judge Holli Pursley’s felony sounding docket this week. Court documents show the case was reset by the state to review the accused batterer’s treatment progress. His next court appearance is Nov. 24. Chancellor was charged March 11, 2005, with assault and battery with a dangerous weapon, domestic abuse and malicious injury to property after former Sheriff’s Deputy Josh Tannehill took a report. Okay Police Chief Ronald Lee was the victim. Chancellor says the two men were in a “relationship” when the incident occurred. Chancellor allegedly hit Lee five times in the back of the head with a coffee cup and then tossed the cup through a glass door. An arrest warrant for Chancellor on the Cherokee County charges was active when he arrived last year at the Okay Police Department and confronted Lee. Lee was charged with being a public official neglecting his duty when he didn’t arrest Chancellor on the warrant. A Wagoner County jury convicted Lee on that charge and recommended a $250 fine. Formal sentencing is set Nov. 5, and Special District Judge Sandy Crosslin has also set that as the time to hear Bret Smith’s motion for a new trial. Smith represents Lee on the charge. [LINK]

Leading up to this - January up until earlier this month:

OKAY POLICE CHIEF ACCUSED OF HARBORING A FUGITIVE
KTUL
January 14, 2008
[Excerpts] The police chief in the Wagoner County town of Okay is in hot water after being accused of harboring a fugitive. The nine-page police report spells out everything that allegedly happened on the night in question outside the Okay Police Department. It started with a 911 call shortly after 11 o'clock Wednesday night.
(Caller) - "There's a fight, a fight in progress outside of the police service."
(Dispatcher) - "Where?"
(Caller) - "Okay Police Department."
Wagoner County sheriff's deputies responded to the call and found the two men -- one of them Okay Police Chief Ronald Lee and the other man Dustin Chancellor. In their report, deputies noted that Lee had a ripped shirt and responded 'get this (expletive) out of my (expletive) town.' Also in the report, Chancellor stated "I'll tell you what's going on, Ron Lee and I was in a relationship"... In their report, deputies also learned that Chancellor was a wanted man, with warrants out for his arrest. Wagoner County Sheriff Johnny Cannon says that's a conflict of interest. "To me, that's a neglect of duty. And, harboring a fugitive is a crime and knowing a guy had a felony warrant and not taking any action in my opinion is harboring"... [Full article here]

OKAY CHIEF CHARGED WITH FAILURE TO ARREST
Tahlequah Daily Press
By BOB GIBBINS
January 31, 2008
Misdemeanor charges were filed Wednesday afternoon against the Okay police chief for his alleged failure to arrest a man wanted in Cherokee County. Ronald Perry Lee, 32, was charged with public official neglecting duty and disturbing the peace. Prosecutors say Lee failed to arrest Dustin Ray Chancellor, wanted in a 2005 Cherokee County case. Chancellor and Lee were allegedly involved in a fight outside the Okay Police Department, Jan. 9. Wagoner County sheriff's deputies responded and asked the district attorney to file a felony -- harboring a fugitive -- against Lee. Prosecutors said they didn't believe the evidence supported the felony charge because Chancellor wasn't living with Lee, and he wasn't doing anything to hide Chancellor. They said the more appropriate charge is neglect of duty... Chancellor told deputies he and Lee had been in a "relationship" and lived together. Chancellor said he went to the police department and caught Lee with another man, an affidavit states. Both men told deputies they didn't want to file charges, but Lee was told to leave and not return. Lee moved his patrol car and then told deputies Chancellor was wanted in Cherokee County... Lee, who is listed as the victim in the case, is also the victim in a Tulsa County case where Chancellor is listed as a suspect. Lee and Chancellor were driving down the road and Lee was talking to another man on the phone. Chancellor believed Lee was having an affair, the affidavit states. The fight turned physical, and he was hit in the eye. Another incident allegedly occurred between the two men in Oklahoma City. The affidavit also states a Wagoner County reserve deputy was returning home from Muskogee when he saw an Okay police car with its emergency lights on being pursued by a dark-colored vehicle, honking the horn. No radio traffic could be heard between the Okay police vehicle and the dispatcher. The cars drove to the Fort Gibson Dam area, but could not be found by the reserve deputy... The Cherokee County warrant against Chancellor has not been served. [Full article here]

OKAY POLICE CHIEF ACCUSED OF HARBORING FUGITIVE
Muskogee Daily Phoenix, OK
By Donna Hales dhales@muskogeephoenix.com
January 15, 2008
[Excerpts] Okay Police Chief Ron Lee may face disciplinary action today for allegedly harboring a fugitive. The town board of trustees will hold a special meeting at 5 p.m. The board is scheduled to discuss and take possible action on the aftermath of Lee’s alleged role in a fight at the police station Wednesday. Wagoner County Sheriff’s deputies were called to the scene before midnight and later sought an arrest warrant against the chief. That request remained on Wagoner County Assistant District Gary Huggins’ desk Monday... The Sheriff’s Office alleges Lee failed to arrest a man Lee knew to have outstanding warrants in a neighboring county. Lee and the man, Dustin Ray Chancellor, 24, allegedly were fighting at the police station, according to deputies... Lee said until Monday he had no idea there were allegations against him by the Wagoner County Sheriff’s Office that had gone to the Wagoner County District Attorney’s Office. Lee declined further comment. Chancellor said he had been dating Lee and they once lived together, according to law enforcement reports. Chancellor said he found Lee in the police department with another male, a deputy’s report states. Chancellor said Lee had been dating the unidentified male. Lee’s shirt was torn and both men had minor cuts, reports state. Lee told deputies that Chancellor had held Lee’s gun against Lee’s head. Lee then advised deputies Chancellor had arrest warrants out for him in Cherokee County. Chancellor was allowed to leave when deputies could not find outstanding warrants. Later, however, deputies found outstanding warrants for assault and battery with a dangerous weapon, domestic abuse and malicious injury to property... Wagoner County Sheriff Johnny Cannon said Lee knew of the warrants and should have arrested Chancellor earlier. Lee was listed as an alleged victim on a supplemental domestic violence report stemming from the fight last week. The report listed Lee as being angry, hysterical and threatening. The report said Chancellor appeared fearful, nervous and afraid when he told Lee to calm down and tell deputies what was going on. They described the fight as including destroying property, throwing objects, physical violence, threats and physical violence, kicking, slapping, pushing, shoving, and emotional and mental abuse. [Full article here]

OKAY POLICE CHIEF SENTENCING SCHEDULED FOR NOVEMBER
Wagoner Tribune
Zane Thomas
10/09/2008
[Excerpts]A Nov. 5 sentencing date is scheduled for Okay Police Chief Ron Lee, who was found guilty by a Wagoner County jury on Sept. 26 of a misdemeanor. Lee, 33, was found guilty of a misdemeanor charge of public official neglecting their duty after a 2-day trial... The jury recommended Lee be fined $250, but serve no time. Lee was found not guilty of a misdemeanor charge of disturbing the peace in connection with the January incident... [Full article here]

OKAY POLICE CHIEF SAYS HE WON'T RESIGN
Muskogee Daily Phoenix, OK - Oct 14, 2008
By Liz McMahan
Assistant City Editor
October 14, 2008 11:46 pm -
[Excerpts] Chief of Police Ron Lee said Tuesday night he has the support of the majority of the town and has no plans to resign... Lee said after the meeting he has been pressured by some of the community to quit his job and it has, indeed, been a difficult time for him.“The majority of the people I have talked with have asked me to please stay here,” Lee said. “As long as I have the support of the people in the community, I’m going to stay as a police officer in this community.” A petition circulated by citizens drew more than 200 signatures supporting Lee’s remaining as chief of police, he said. Even though he was convicted on the misdemeanor count, Lee said he doesn’t feel as though he has lost credibility as a police officer... [Full article here]
on 10/31/2008