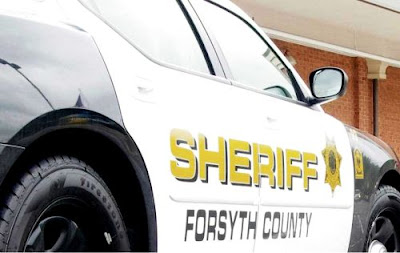 On November 29th Forsyth County Sheriff’s Office supervisors responded to the home of FCSO Deputy First Class Tom McCullagh after a 911 domestic violence call was received from a family member. After assessing the situation responders immediately called in the Forsyth County Major Crimes Unit Detectives and Office of Professional Standards. Probable cause was determined and McCullagh was arrested, taken to jail, and charged with BATTERY FAMILY VIOLENCE in accordance with Georgia's Family Violence Laws. Mccullagh was put on leave while an internal investigation was conducted, and on December 10th he was fired - because of "multiple violations of policies and procedures”.


“There are not any more serious allegations than those dealing with domestic violence. We had a team of detectives and supervisors working on this to make sure, first of all, the victim was OK, and to protect the integrity of our agency.”
~ Cpl. Doug Rainwater, Forsyth County Sheriff’s Office spokesman