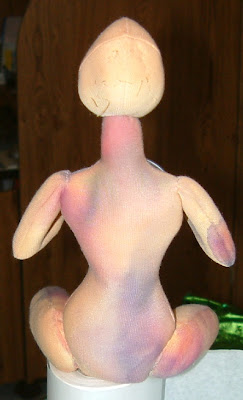 ...Lockwood's wife told the officer that -- he grabbed her from behind and dug his fists into her sternum... then grabbed her by the arm and threw her on the couch... got on top of her and she was hit in the mouth... She had bruises on her arm and back. [Brett] Lockwood initially denied that there was a physical altercation...

CHANDLER DETECTIVE GUILTY IN ASSAULT ON WIFE
East Valley Tribune
Gary Grado, Tribune
August 27, 2009 - 2:37PM
[Excerpt] A Chandler police detective has pleaded guilty to assaulting his wife. Brett Lockwood, 35, must pay a $350 fine, $200 jail fee and a domestic violence screening fee of $150, and he cannot contact his wife until he gets approval from the Gilbert Municipal Court, according to Lynn Arouh, Gilbert town prosecutor. Lockwood was also sentenced to one day in jail for which he already served when he was arrested, and he must attend counseling for a period of six months to a year...

OFFICER HELD IN WIFE'S ASSAULT OKS COUNSELING
The Arizona Republic
by Megan Boehnke
Aug. 28, 2009 12:00 AM
[Excerpts] A Chandler homicide detective who was arrested on suspicion of assaulting his wife has agreed to 36 months of probation and substance-abuse counseling in a deferred prosecution deal in Gilbert Municipal Court. If Brett Lockwood, 35, completes the terms of his probation, he will not be prosecuted on the misdemeanor assault charge. He has been on paid administrative leave since his arrest Aug. 11, when Chandler police got a call from someone "close to the family" reporting that his wife had bruises after a fight the couple had two days earlier. Chandler referred the tip to Gilbert police. Lockwood's wife told the officer that after she made mean comments toward her husband, he grabbed her from behind and dug his fists into her sternum, according to the police department. He then grabbed her by the arm and threw her on the couch. He got on top of her and she was hit in the mouth at one point, but she couldn't say what struck her or how she was injured, according to the report. She had bruises on her arm and back. Lockwood initially denied that there was a physical altercation, but when officers told him that his wife had been bruised, he said he had grabbed her arm. He was arrested about 2 1/2 hours after police arrived at the home. The same officer responded to the house in February when a neighbor called on behalf of the couple. At the time, Lockwood's wife denied a physical altercation, but during the recent visit she told police that Lockwood hurt her then. Gilbert officers removed three guns from the home. Lockwood was also ordered by Judge John Hudson to have no contact with his wife and pay $700 in fines. [Full article here]
[police officer involved domestic violence law enforcement sweet deal liar lethal arizona]
on 8/31/2009