[GA] Macon Georgia Police riddle: If you REHIRE an officer with twice-dropped violence related charges - what do you get? 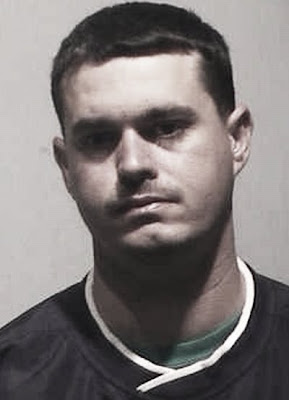 "...This is not the first time that [Macon Police] Officer Dennis Wood has been arrested. He was arrested back in 2008 for Domestic violence because he hit his wife... and the City of Macon Police allowed him to resign, but rehired him..." Prior to being hired, 32-year-old Dennis Benjamin Wood, of Macon, admitted he was charged with carrying a gun onto school grounds...

BACKGROUND CHECK ON AUTHORITIES NOT ALWAYS ENOUGH
macon.com
By Becky Purser and Amy Leigh Womack
Sunday, Aug. 16, 2009
Police departments and sheriff’s offices say they routinely conduct thorough background checks on applicants before hiring new officers and deputies. But sometimes that’s not enough... Prior to being hired, 32-year-old [Macon Police Officer] Dennis Benjamin Wood, of Macon, admitted he was charged with carrying a gun onto school grounds in 1995, but the charges were dismissed, according to his personnel file. In his two years of employment, Wood received five reprimands including a one-day suspension prior to his being arrested on Nov. 28 for misdemeanor cruelty to children, theft and family violence-related simple battery, according to his file. Sgt. Melanie Hofmann said the charges against Wood were dismissed. His personnel record shows he was reinstated on May 26 on probation, but with no back-dated benefits, and with the understanding that he completed an anger management class. Hofmann said Wood resigned soon after his July 30 arrest for making harassing phone calls to his wife... Although it’s hard at times for small departments to fill vacancies because the salaries offered are generally lower than other agencies and policing is generally not a high-paying profession, Fort Valley Police Chief John David Anderson believes a position should never be filled just because the department needs a body. Byron police Chief Wesley Cannon agreed... Macon Police Chief Mike Burns said law enforcement officers are held to a higher standard because they’re in positions of trust. “They have to have integrity,” he said... [Full article here]

NEWS FROM EARLIER THIS MONTH:

MACON POLICE OFFICER CHARGED WITH STEALING $20 DURING CAR SEARCH
macon.com
By Amy Leigh Womack - awomack@macon.com
Wednesday, Aug. 05, 2009
...A second [Macon police] officer, 32-year-old Dennis Benjamin Wood, of Macon, was arrested July 30 on a Jones County warrant accusing him of making harassing phone calls, said Jones County Sheriff’s Office Capt. Earl Humphries. Facing the misdemeanor charge, Wood turned himself in to authorities and was released on a $2,000 property bond the same day. Wood resigned from the police department Friday, Macon police Sgt. Melanie Hofmann said. He was hired in January 2007. “Our officers are expected to maintain a high standard of professionalism,” Hofmann said. “If they violate the law, they will be treated as anyone else.”... [Full article here]

"...This is not the first time that officer Dennis Wood has been arrested. He was arrested back in 2008 for Domestic violence because he hit his wife and jones County arrested him on those charges,and the City of Macon Police allowed him to resign, but rehired him in May of 2009..."
on 8/17/2009