[FL] Jail Sgt. Melanie Lee shot and killed on the side of the road by her jail deputy boyfriend 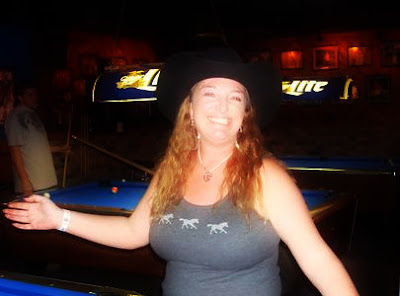 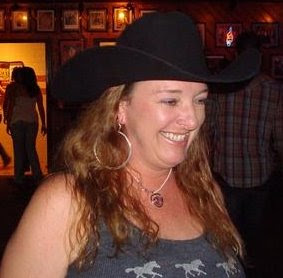 ...Passers-by reported the two sitting on the tailgate of the truck. Then one motorist saw Thomas with a gun and saw him shoot the woman, Lemma said... The couple started living together in Titusville about two weeks ago, Cannaday said. She said she could not disclose the address because Thomas is a law enforcement officer...


Deputy trainee held in slaying of girlfriend
FLORIDA TODAY
BY RICK NEALE
August 3, 2009
[Excerpts] Jeff Thomas, a 45-year-old jail deputy trainee who recently moved to Titusville, shot and killed his girlfriend Sunday on the side of a road in Geneva, sheriff's deputies said. The victim was Titusville resident Melanie Lee, a 37-year-old sergeant with the Florida Department of Corrections, said Kim Cannaday, sheriff's spokeswoman. After the slaying, a Seminole County deputy shot Thomas at the scene after he refused to drop his gun, Cannaday said... The couple started living together in Titusville about two weeks ago, Cannaday said. She said she could not disclose the address because Thomas is a law enforcement officer... Cannaday said the couple was driving back to Titusville on State Road 46 from the John E. Polk Correctional Facility, where Thomas worked since May as a corrections deputy trainee. Lee picked up Thomas after his shift ended, Cannaday said... [Full article here]

News - Breaking News
Jail trainee shot after corrections officer killed
The Orlando Sentinel
Monday, Aug. 03, 2009
[Excerpts] A Seminole County Sheriff’s Office trainee, suspected of fatally shooting his female companion, was shot and seriously injured Sunday morning by a deputy from that agency. Jeff L. Thomas, 45, was in critical condition at Orlando Regional Medical Center, where he was airlifted after the shooting in Geneva, Seminole County sheriff’s Capt. Dennis Lemma said. Lemma identified the dead woman as Melanie Lee, 37, a sergeant with the state Department of Corrections, working at the Central Florida Reception Center near Orlando... A deputy stopped Lee for speeding about 6 a.m. on State Road 46 in northeast Seminole County. She was driving 76 in a 45-mph zone but was issued a ticket for faulty equipment because of a broken windshield, Lemma said. At the time, Lee was wearing her state Department of Corrections clothing and was thought to be due at her job at 8 a.m., Lemma said. She explained to the deputy she was en route to pick up Thomas after his shift at the Seminole County Jail. Lee picked up Thomas about 6:30 a.m., an hour after he got off work, Lemma said. At some point the truck ran off the roadway on S.R. 46 between Ridge and Mullet Lake Park roads. The front of the truck was embedded into the side of a ditch, Lemma said. Passers-by reported the two sitting on the tailgate of the truck. Then one motorist saw Thomas with a gun and saw him shoot the woman, Lemma said. Deputies arrived on the scene and tried to start a dialogue with Thomas but were unable to, Lemma said. A supervisor using binoculars could see the woman on the ground and that Thomas was armed. At that point a decision was made to use lethal force, Lemma said. The Florida Department of Law Enforcement is investigating the shooting. Details, including how many times Thomas was hit and the name of the deputy who shot him, have not been released... [Full article here]
[police officer involved domestic violence law enforcement fatality fatalities murder florida cop-on-cop]
on 8/03/2009