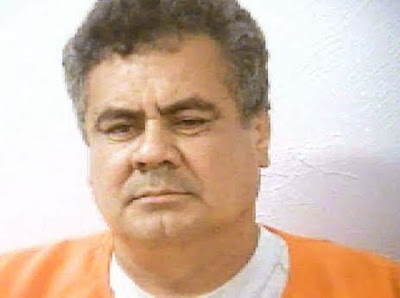 ...The district attorney's office does not need the cooperation of the victim to press charges in domestic abuse cases, Assistant District Attorney John Pevehouse said... This is to protect victims of domestic abuse who are afraid to accuse their perpetrator...
POLICE RELEASE REPORT ON BLANCHARD MAYOR
NewsOK.com
By Jennifer Griswold
Published: August 6, 2009
[Excerpts] The Blanchard Police Department on Wednesday provided a copy of the police report from Mayor Greg Shupert's arrest. Police officials had refused to release a copy of the report since Shupert's arrest Saturday, saying it was still going through the approval process... Police were called to his home Saturday on a domestic violence call. Shupert's wife told a police officer that Shupert hit her in the face and chest, according to police reports. The couple's 11-year-old daughter was there during the fight, according to the police report... Shupert is due in McClain County Court at 9:30 a.m. Friday for arraignment. [Full article here]

BLANCHARD MAYOR SAYS DOMESTIC ABUSE INCIDENT WAS ISOLATED
The Norman Script
By Julianna Parker Jones
Published August 06, 2009 12:45 am
[Excerpts] The mayor who was arrested Saturday for domestic abuse said he regrets the incident, which had never happened before and will never happen again. "I've never in 28 years of marriage lifted a hand to my wife," Greg Shupert said. "It breaks my heart. I love her more than life itself." Shupert spent time Saturday in jail after being arrested for domestic abuse in the presence of a child. Shupert, who has been on the Blanchard City Council for 16 years, said he and his wife love each other and she didn't even want him to go to jail. Although he declined to go into details about the incident, he said his daughter called the police because she was afraid, but he did not fault her for the action. "My daughter did the right thing," he said. Shupert was charged with domestic abuse in the presence of a child. He will be arraigned in McClain County District Court 9:30 a.m. Friday. The district attorney's office does not need the cooperation of the victim to press charges in domestic abuse cases, Assistant District Attorney John Pevehouse said. "It's not a determining factor always," he said. Instead, Pevehouse and his staff can file a charge based on evidence such as witness testimonies and photographs. This is to protect victims of domestic abuse who are afraid to accuse their perpetrator, Pevehouse said... Shupert said this was the first time something like this happened. He has been married to Janice E. Shupert for 28 years and they have seven children. Shupert was ordered by a judge not to have any contact with his wife. He supplied her phone number to The Transcript, however, and she was able to be reached by The Transcript on the phone. Janice Shupert said she left town this weekend with her daughter to protect her from the media attention on the family. She said she and her husband could have moved forward from this incident if the media hadn't been so hard on them. "The incident that happened was isolated, very regrettable on both parts," she said. She said her husband is an "excellent man" who is very involved in his community. "When the incident happened I wasn't afraid of him," she said. "I'm not afraid of him now. There are issues that we had to work out, but I'm not afraid of him"... [Full article here]

BLANCHARD MAYOR ARRESTED SATURDAY
NewsOK
By Michael Kimball
Published: August 2, 2009
[Excerpts] Police arrested Blanchard Mayor Gregory Lynn Shupert on Saturday on a domestic abuse complaint, McClain County jail records show. Details on the incident that spurred the arrest have not been released. Blanchard Police Chief Tom Linn, reached by phone this afternoon, declined to comment because the "(incident) report hasn't been approved." Blanchard police officers booked Shupert, 50, into the McClain County jail Saturday on a complaint of domestic abuse in the presence of a child, jail records show. A jail spokesman said Shupert was released on his own recognizance... [Full article here]

BLANCHARD MAYOR ARRESTED
The Express-Star
Ellis Goodwin
August 04, 2009
[Excerpts] Blanchard Mayor Gregory Lynn Shupert was arrested Saturday for domestic abuse in the presence of a child... BLANCHARD POLICE CHIEF TOM LYNN COULD NOT CONFIRM OR DENY WHETHER ANY ACTION HAS BEEN TAKEN TO PREVENT ANY FURTHER INCIDENTS, but he did say the department is taking all necessary measures to protect it’s citizens... [Full article here]
[public official domestic violence teflon? oklahoma recant]
on 8/06/2009